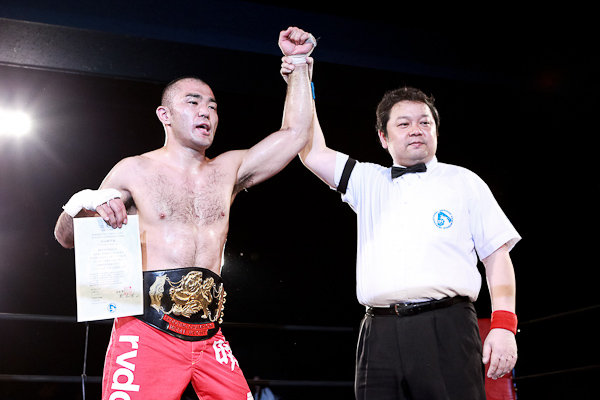 On Sunday, Oct. 2, one of the world’s longest-running MMA promotions, Pancrase, returned to Differ Ariake Arena in Tokyo, Japan for Pancrase 281.

In the main event of the evening, welterweight king of Pancrase Akihiro Murayama attempted to defend his title for the first time against WEC veteran Hiromitsu Miura. Murayama finished Shingo Suzuki in the fourth round of their championship fight at Pancrase 276. Miura earned his shot at the title with knockout victories over Toshikazu Suzuki and Yuta Nakamura. Miura is most known for his crazy back-and-forth fight against WEC and UFC interim welterweight champion Carlos Condit at WEC 35.

In the co-main event of the evening, the exciting “Rocky” Ryo Kawamura fought for the vacant middleweight King of Pancrase title against knockout artist Yuki Niimura. Kawamura made his name in the promotion with wins in exciting wars against former UFC fighter Keiichiro Yamamiya and Pride FC veterans Daniel Acácio and Hiromitsu Kanehara. Kawamura became a popular fighter in Japan due to his do-or-die style that led to many exciting victories. Eight of Niimura’s nine wins have come by way of knockout.