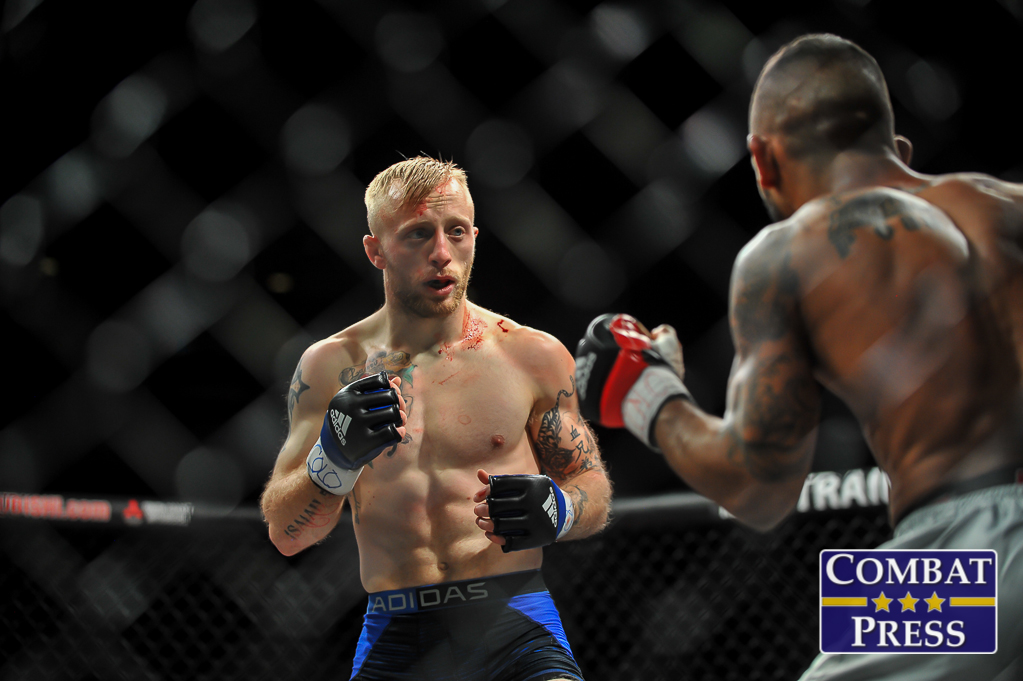 It is funny how, in today’s over-the-top, politically correct environment, hunters seem to get a bad rap. Hunting is not exclusively an American national pastime, and it’s certainly not anything modern either. In fact, it is not only one of the oldest sports in existence, but also one of the oldest forms of human survival. In many ways, hunting and fighting are very similar.

Evidence of hunting practices go as far back as Australopithecus, which was five million years ago. Pankration, which dates back almost 3000 years to Ancient Greece, was the original recorded mixed martial art, but people were fighting long before then. Fighting and hunting were borne out of both need and desire, which are two of the biggest emotional factors that drive human behavior. Even today, both sports come with an emotional experience that cannot be felt in other activities. They push humans to a certain limit at which adrenaline kicks in and creates a high unlike any other substance can provide. Colorado native Zac Riley has firsthand experience with both activities.

“I’ve always been a fighter,” Riley told Combat Press. “I got kicked out of school for fighting. I was always bullied. Fighting, in general, is a rush, man. There is nothing that feels like it. It’s kind of like hunting. Fighting and hunting are two different things, and nothing else is like it. You can only experience it by doing it.”

“I walked into a class because I thought it was wrestling,” Riley explained. “It turned out to be a jiu-jitsu class at the high school. Marcus Wells was teaching at Pueblo West. Ever since that day, I’ve been pretty much addicted to it. I’ve trained every day for about seven to eight years.”

Riley took that original foray into jiu-jitsu and eventually turned it into a pretty successful career. In fact, his last few fights have unofficially crowned him a sort of upset king. Two fights ago, he stepped into the Resurrection Fighting Alliance cage for the second time and took out previously undefeated Xtreme Couture prospect Shai Lindsey at RFA 31 with a 59-second submission choke. Then, at RFA 34 in January, he faced UFC veteran Hugo Viana as an extreme underdog, and he was able to pull off an impressive unanimous decision win. This was the second biggest underdog win in MMA history. As a frame of reference, the biggest upset was when Rameau Thierry Sokoudjou knocked out Antonio Rogerio Nogueira at Pride 33 over nine and a half years ago.

“I was really impressed with myself,” Riley said. “That was a giant win for me. With him coming out of the UFC, I had a lot of doubt, but I kept it positive and held onto it. I fought through it and actually got the win.”

Riley’s next fight will take place on Friday night at RFA 43 at the 1STBANK Center in Broomfield, Colo. He will face another undefeated Xtreme Couture prospect, Boston Salmon, who also happens to be a friend and training partner of his previous opponent, Lindsey. Salmon is a native of Hawaii and a former amateur boxing standout.

“He’s well rounded,” Riley said. “He’s going to be strong. He’s quick. I don’t know what to say about him, because I’ve never met him. I don’t think he’s going to be too much different than Shai, as a fighter. I’m just going to try to show him who the boss is, and make him back up. He’s hasn’t been backed up in his fights yet. That’s the big difference that I’m going to put towards him.”

Riley splits his training between a few different coaches at Pariah MMA in Colorado Springs and Jackson’s MMA in Pueblo. He also does cardio with Mike Aragon. Even though Salmon has a very high-level boxing background, Riley feels good about his own striking as well.

“It can only get better,” he said. “I feel he hasn’t felt kicks like mine or dealt with my striking ability — the angles and the footwork I put on people. It’s going to shock him when he sees how fast I am and how quick I can react to his movement.”

A lot of people have been shocked by Riley’s abilities, but he is entering this fight in the same underdog position that he has been in during his last few fights. He doesn’t mind it at all. He prefers to stay out of the limelight and just focus on winning the battle. It’s a lot like hunting. Elk hunters like Riley only get one tag per year, so each one has to count. He was not able to go last year, but he is planning on it this year. It will mark only his third hunting season. Just like Australopithecus, they don’t just bag the elk and turn it into a trophy. His family utilizes the meat for sustenance.

“We keep the meat every year,” Riley said. “Elk meat is probably the best steak out there. It’s the best meat you can have. I love it. We cut the elk up, process it and bag it by ourselves. If I’m trying to be healthy, I try to grill it or barbeque it, but I like it fried. Frying is probably the tastiest way I like it. I’d like to be able to put more of it into my fight diet, but between me and my family, there’s not enough to do that.”

Of course, there’s only one burning question that any 1980s Red Dawn purist has on his mind…

“I have not drank the blood,” Riley said. “I’ve tasted more opponent’s blood in just one fight.”

Riley is set to taste blood once again on the main card of RFA 43, which airs live on AXS TV. He may have had a rough start to his pro career, going 2-3 in his first five fights, but two upsets in a row have managed to turn his record around. Salmon is going to bring a formidable challenge, but that’s nothing Riley hasn’t experienced in the past. In addition to being a son, a fiancé, a father of two young girls and a full-time employee of Kohl’s, he focuses his time on the two primal loves in his life: fighting and hunting. Tomorrow night, it will be Salmon, not elk, that Riley will be hunting when the RFA cage door closes.

Riley would like to thank all of his coaches and training partners at Pariah MMA and Jackson’s MMA, Mike Aragon, his family, his friends, his fans and his sponsors: Intensity Nutrition, VaporFi, LivWell, EPU Collective and Vapor Source. Follow Zac on Twitter: @ZRiley777 and Instagram: @ZacRiley719MMA
Advertisement