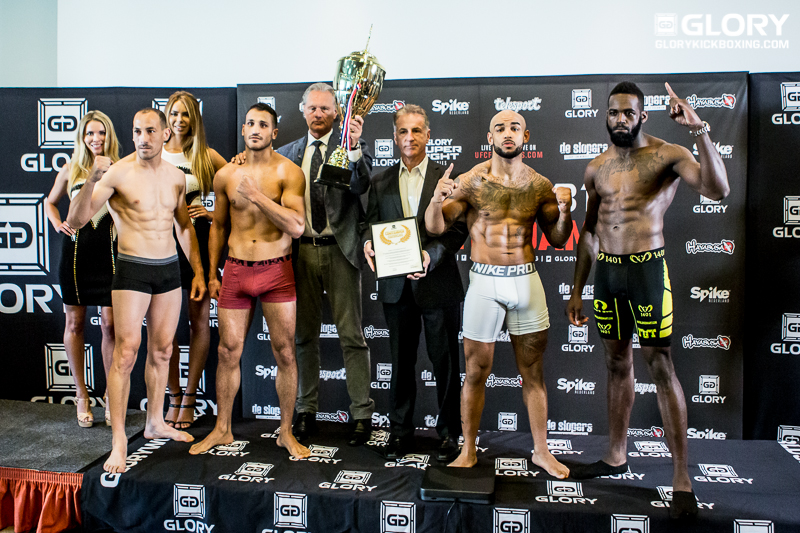 GLORY kickboxing returns to the Netherlands on Saturday, June 25, for GLORY 31: Amsterdam.

The headliner features two of the world’s best kickboxers meeting in a title clash for the second time. Robin van Roosmalen will attempt to defend his GLORY lightweight world title against Sittichai Sitsongpeenong, who is one of the best kickboxers in the world. In their first meeting, controversy struck when the judge’s scores were read. Just about everyone in the world who watched GLORY 25 scored the fight for Sittichai, but the ISKA-provided judges gave the champion a 48-47 scorecard on all three ballots.

In the evening’s welterweight contender tournament, Murthel Groenhart and Yoann Kongolo have a chance to earn rematches with GLORY welterweight champ Nieky Holzken. Groenhart is set to face off with rising GLORY newcomer Karim Benmansour, one of the best welterweights outside of the promotion. Kongolo is vying for his spot in the finals against skilled veteran Harut Grigorian. The winners of these pairings will meet in the tournament finals.

Below are the results of the event’s weigh-ins, which took place Friday, June 24.