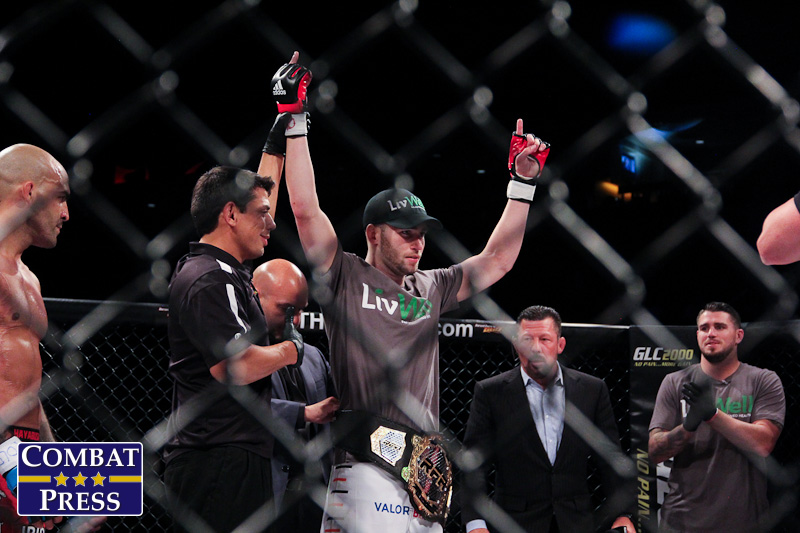 On Friday, Sept. 9, Resurrection Fighting Alliance returned to the Denver area for its 43rd event. The promotion once again visited the 1STBANK Center in Broomfield, Colo. The night’s main card aired live on AXS TV at 10 p.m. ET. The event marked the promotion’s eighth visit to Colorado.

In the night’s main event, the promotion’s vacant welterweight title was on the line as Colorado’s Brian Camozzi took on Nick Barnes.

Camozzi, the younger brother of UFC middleweight Chris Camozzi, rode a four-fighting winning streak, with all four wins coming before the final bell. The Factory X product had finished all six of his career wins.

California’s Barnes is an RFA and Bellator MMA veteran. He’d won back-to-back fights since being submitted by UFC veteran Jesse Taylor in August of 2015. The defeat to Taylor was Barnes’ only career loss.

Below is photo gallery of all the night’s action shot by Rob Tatum of Combat Press. Click an image for a larger version.