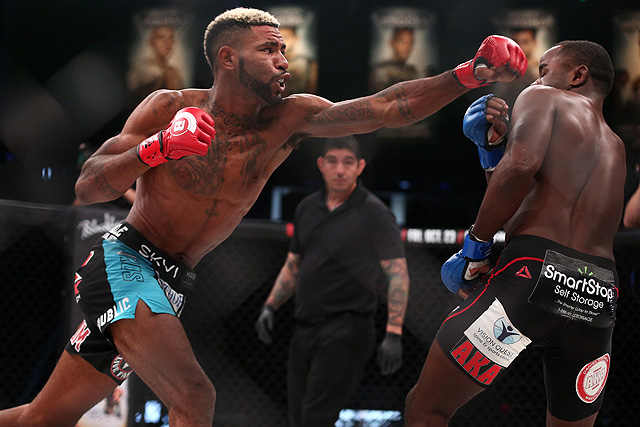 On Friday, March 4, Bellator MMA hosted its 151st event from the WinStar World Casino and Resort in Thackerville, Okla.

In the night’s main event, former bantamweight and featherweight titleholder Joe Warren took on unbeaten prospect Darrion Caldwell. The 39-year-old Warren bounced back from losing his 135-pound title last March with a unanimous decision win over L.C. Davis at Bellator 143 in September. The Colorado-based fighter hasdwon six of his last seven. Caldwell, meanwhile, had opened his career with eight straight wins. The 28-year-old was also in action at Bellator 143, submitting Shawn Bunch via first-round rear-naked choke.

The event kicked off Friday at 6:45 p.m. ET with a live preliminary card stream, while the four-fight main card followed at 9 p.m ET on Spike.