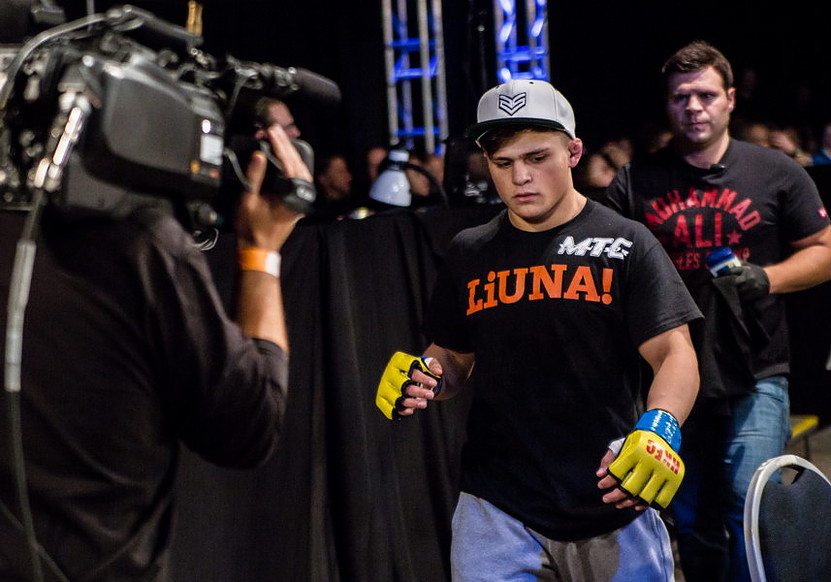 A rising prospect is back and telling us how not to be a bitch in MMA.

T.J. Laramie, the 18-year-old phenom that has had a more eventful life than most retired people, joined Jason Kelly (@JayKellyMMA) to provide another exciting update on his career and how he feels about other prospects, gym hoppers and the rest of the weak.

Laramie (@LaramieTJ) was scheduled to make his third professional MMA showing on Jan. 29 at Hard Knocks Fighting Championship 48 at WinSport in Calgary, Alberta, Canada. It would’ve been the Canadian’s second appearance in the HKFC cage, where he dismantled his past in opponent in 76 seconds via rear-naked choke, but history repeated itself and Laramie was left without an opponent.

HKFC is working hard to find a foe for Laramie, which “The Truth” hopes comes through, but as it stands, he waits in limbo.

While Laramie was preparing for his upcoming bout, The Maximum Training Centre team member spent time visiting Duke Roufus’ gym in Milwaukee, Wis. Laramie filled us in on what it was like to visit the gym, housing with former UFC lightwight champion Anthony Pettis and brother Sergio, meeting wrestler-turned-MMA-fighter CM Punk and how the training varied from his home gym in Windsor, Ontario, Canada.

Laramie also discussed the dedication it takes to be a professional athlete, Conor McGregor vs. Frankie Edgar, his love for Wendy’s and pizza, his 2016 plans and a former UFC teammate that he is not exactly fond of anymore.

Get familiar, because this guy will be on everybody’s radar by year’s end.