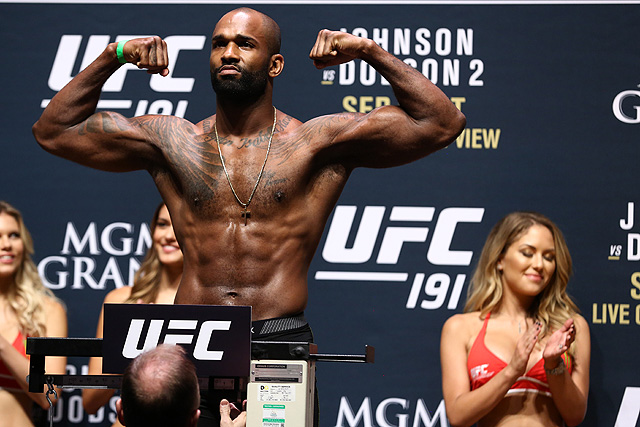 On Saturday, March 18, the UFC will host UFC Fight Night 107: Manuwa vs. Anderson from the O2 Arena in London, England.

In the night’s main event, British knockout artist Jimi Manuwa clashes with The Ultimate Fighter winner Corey Anderson in a light heavyweight affair. After opening his UFC tenure with three straight finishes, the 37-year-old Manuwa is just 2-2 over his last four Octagon appearances. However, the two losses have come against former title challengers Anthony “Rumble” Johnson and Alexander Gustafsson. He was most recently in action at UFC 204, stopping Ovince Saint Preux in the second round. Anderson, meanwhile, enters the match-up having won four of his last five. The lone loss came via hard-fought split decision against former titleholder Mauricio “Shogun” Rua. The 27-year-old bounced back with a TKO win over Sean O’Connell in December.