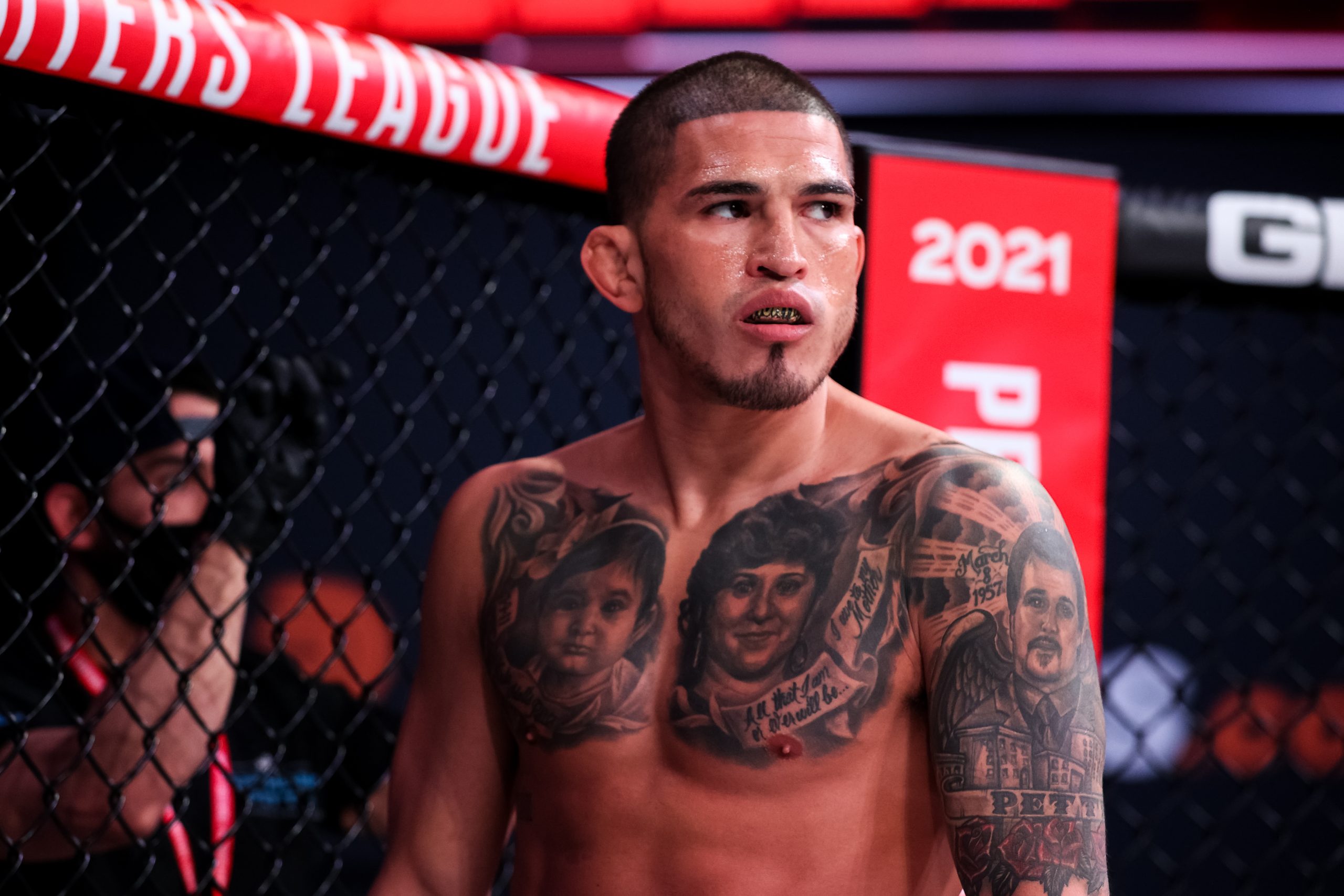 Anthony “Showtime” Pettis had the distinction of being the first mixed martial artist on a Wheaties box cover and is a former UFC lightweight champion. He will move one step closer to adding another title to his mantle with a win over Stevie Ray in the pair’s immediate rematch. They first met in June, and, after a submission victory for Ray, their fates have once again aligned, and the two find themselves paired in the opening frame of the 2022 playoffs.

Also on the fight card is a light heavyweight playoff contest between Omari Akhmedov and Josh Silveira. It was originally slated to be Akhmedov against reigning champion Antonio Carlos Jr., but a torn ACL forced “Shoeface” out of the bout, and Silveira took his place. Silveira made a splash in his official PFL debut, stopping Marthin Hamlet in the first round of their fight in June. Currently, Silveira stands at 9-0 as a professional, and he looks to make it 10-0, while also earning himself a chance at the million-dollar prize that awaits the season’s champion.

The event airs live in its entirety on ESPN+ starting at 5:30 p.m. ET. The main card will also air on ESPN at 7 p.m. ET. Combat Press writer Matt Petela takes a look at the preview and predictions.

Anthony Pettis and Stevie Ray met less than two months ago, with Ray picking up a submission win; is the result different this time around?

The first fight between this pair was interesting, to say the least. Anthony Pettis looked good early, but then was forced to tap in a grappling exchange to what looked to simply be a modified body triangle. That was the second time in his career that Showtime tapped to a similar position, where it didn’t look like there was necessarily the biggest submission threat at the time. Barring another somewhat freak incident like that, Pettis should get the job done against Ray this time around.

Expect Pettis to stay at a long distance and use his quick kicks to keep Ray from engaging in boxing range. He will also likely avoid trying to get into a grappling contest with Ray based on the previous results. While this fight will be flashy at times, don’t expect Pettis to finish the durable Ray in highlight-reel fashion. This one will go the distance with a unanimous decision for the Milwaukee native.

Josh Silveira steps in for an injured Antonio Carlos Junior on short notice; does he rise to the occasion by defeating Omari Akhmedov?

He certainly will make this fight fun while it lasts, but, ultimately, he will come up short. Neither of these two fighters are particularly known for their cardio, albeit for different reasons.

Akhmedov tends to push at such a frenetic pace, and carries so much muscle, that he simply isn’t built for a longer contest. On the other hand, Silveira just hasn’t really needed much time to get the job done in most of his fights. He has gone the distance just once in his nine pro fights, all victories. In every other contest, he has gotten the stoppage inside the first round. This is a step-up in competition, and, if Silveira can outlast Akhmedov, he might be able to pull off the upset, but don’t count on it. Akhmedov will be more than willing to engage in a high-paced affair right out of the gate, and he will overwhelm Silveira with strikes before the midway point of Round 1. This might not be the most prudent strategy for Akhmedov to use, as he moves forward in the playoffs, but, against a late replacement fighter, it will get the job done.

Olivier Aubin-Mercier has been perfect inside the PFL; does he continue that streak and earn himself a spot in the lightweight finals?

Yes. I have to admit that I doubted Aubin-Mercier in his last fight and thought Raush Manfio would beat him handily. That couldn’t have been more wrong. That fight showed me that Aubin-Mercier is certainly the real deal, and he will move past Martinez by decision. This will be a wrestling-heavy approach from Aubin-Mercier against the well-rounded Martinez. Expect the Canadian to change levels early, and work from top position, and grind down Martinez throughout the first round. The takedowns will come easier as the fight goes on, and Aubin-Mercier will do enough throughout the fight to keep the referee from standing the fighters back up. A lopsided decision will earn the Canadian a place to compete for the million-dollar prize in his second year with the PFL.

Marcelo Nunes vs. Dylan Potter. The only person who has beaten Marcelo Nunes is Rafael Lovato Jr., who was the Bellator champion before being forced to step away from the sport due to a brain condition. Nunes has fought somewhat sparingly since that fight in 2016, but he has been impressive in his fights and, most recently, notched a win on the PFL’s Challenger Series. He takes on a bit of a journeyman in Dylan Potter, and this should be a fairly one-sided affair. It will be fun to see Nunes get a chance to showcase his skills on a bigger stage.