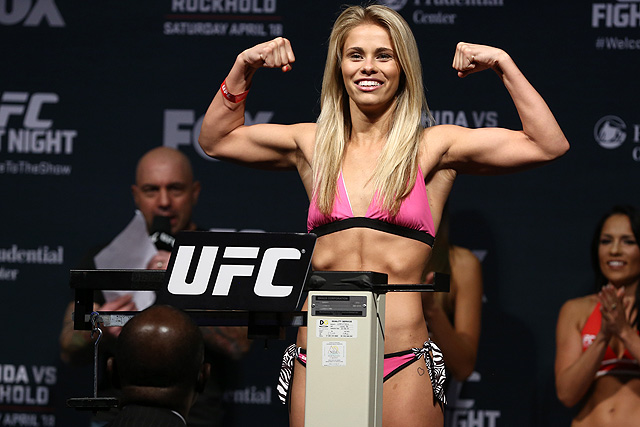 On Wednesday, Dec. 9, the UFC will host the weigh-ins for UFC Fight Night 80: Namajunas vs. VanZant which takes place Thursday, Dec. 10, from the The Chelsea at The Cosmopolitan in Las Vegas

In the night’s main event, former strawweight title challenger and The Ultimate Fighter 20 finalist Rose Namajunas clashes with the surging Paige VanZant. The 23-year-old Namajunas rebounded from her title defeat to Carla Esparza by demolishing her TUF castmate Angela Hill via first-round submission at UFC 192. The win moved Namajunas to 3-2, with all three wins coming by way of tapout. Meanwhile, Team Alpha Male’s VanZant has picked up three straight wins inside the Octagon since coming over from Invicta FC at the same time as the TUF 20 cast. She most recently submitted Australia’s Alex Chambers at UFC 191 in September to move her record to 6-1.

The fighters will hit the scales at 7 p.m. ET on Wednesday. A live video feed appears above (courtesy of the UFC), while the results appear below.