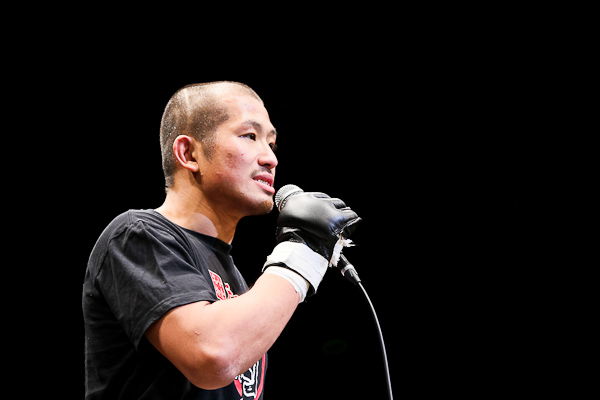 Out of Obscurity: Pancrase 274, Deep 74 Impact and Shooto

While the schedule of MMA events tends to quiet down in the United States during the holidays, it picks up overseas in Japan. This weekend’s offerings include events from three of Japan’s most prominent promotions. The first of these events is Pancrase 274, which will air on UFC Fight Pass. One of the card’s headliner’s, Will Chope, was unceremoniously booted from the UFC when instances of domestic violence in his past came to light. Chope has campaigned more recently on how he is a changed man who deserves a second chance. It’s yet to be seen if Chope can sway the UFC brass regarding his behavior outside of the cage, but he’ll seek to strengthen his resume in the cage when he meets Kenichiro Togashi in a lightweight showdown.

Chope has had to overcome several setbacks in competition — he started his career by going 1-4 over his first five fights — and personal demons outside the arena that led to his dismissal from the UFC roster. Chope, now 25 years old, made his pro debut in 2010 and suffered stoppage losses in his first four defeats. He turned the corner after his slow start and went 18-1 over his next 19 fights. His only loss in that span was another finish, this time via knockout against Ev Ting. His overwhelming winning percentage in that stretch was enough to earn him a ticket to the UFC, where he lost his debut to Max Holloway. He was to return against Diego Brandao, but his contract was terminated on the day of the fight. Ever since his release, Chope has attempted to demonstrate that he’s a rehabilitated man while also continuing to win a large majority of his fights. He did stumble in his first post-UFC outing, losing a decision for the first time in his career, but he rebounded with five straight wins to set up a title eliminator against Isao Kobayashi. Chope dropped a decision to Kobayashi, but returned to the win column with four stoppage victories, including three first-round submission finishes. The Juggernaut Fight Club product started his MMA career after training in Thailand and has competed primarily in striking arts such as boxing and Muay Thai, but his mixed martial arts resume highlights his proficiency on the ground, where he has submitted 19 opponents. He has also recorded five wins via strikes.

Togashi is a 30-fight veteran, but he has tallied wins in just half of his outings. The 35-year-old debuted in 2001 and remained a Shooto mainstay, with a few visits to other promotions, until 2015. This will be his second straight fight under the Pancrase banner and his third career appearance with the promotion. During his extensive career, Togashi has defeated the Likes of Kotetsu Boku and lost to notables Joachim Hansen, Mitsuhiro Ishida, Brian Cobb, Willamy Freire and the aforementioned Kobayashi. The Paraestra Hiroshima fighter has a foundation in judo, boxing and Brazilian Jiu-Jitsu. He has submitted eight of his opponents.

Height is always a factor when Chope fights. The American stands at 6-foot-4, which is extremely tall for a 155-pounder. He’ll tower over Togashi by a full six inches, and he should enjoy a similarly extreme reach edge. On the feet, Chope will need to use his reach advantage to keep Togashi at bay. The southpaw Togashi has used his striking skills to dominate past opponents, and Chope has suffered several striking defeats. However, Chope’s own striking skills are superior to those past Togashi foes, and Togashi has also been on the receiving end of several knockout and TKo losses, including a 16-second demolition at the hands of Kobayashi.

Consistency isn’t a strong suit for Togashi against notable competition. He has scored a victory and fought to a draw in a pair of contests against Boku, but every other significant name on his record has turned in a victory against Togashi. Chope, meanwhile, has put together some significant winning streaks, but his need for a paycheck and his willingness to fight as often as possible has led to an extremely varied quality of competition. His current four-fight winning streak comes against a set of adversaries who combined for a 12-9-1 mark when they met Chope, but one of those opponents was making his pro debut and another checked in at 0-2-1 when he clashed with Chope.

This could be a very competitive fight, but Chope has the length and the ability to score the occasional knockout. This should be enough to allow the UFC castoff to secure yet another victory, this time via TKO.

Yokota has quietly put together quite an impressive run for a 37-year-old champion who hasn’t received much attention. To put things into perspective, Yokota’s last loss came in the defunct Sengoku promotion. The veteran has won 12 straight fights and hasn’t tasted defeat since a three-fight skid that spanned 2009-10. Yokota, a longtime member of Team Grabaka, suffered his five career defeats at the hands of Tae Hyun Bang, Satoru Kitaoka, Tatsuya Kawajiri, Brian Cobb and Jadamba Narantungalag. He has notched wins over Michihiro Omigawa, Mizuto Hirota, Eiji Mitsuoka and Isao Kobayashi. Yokota is a black belt in judo. He has five wins by submission and four victories via strikes. He’s seen the scorecards in 21 of his outings.

Imanari has had a storied career in Japan that has included title reigns under the Deep banner. The 39-year-old grappler has fought for Pride, Dream and ONE Championship over the course of more than 15 years in the sport. The Team ROKEN fighter is a black belt in Brazilian Jiu-Jitsu and has claimed 22 submission wins. He has gone the distance in 21 contests as well while fighting primarily as a featherweight and bantamweight. “Ashikan Judan” love to attack his opponent’s limbs and will often roll for a leg or pull guard to lure his opponent to the mat. He’s been very effective with his style, but it can also result in stalemates and dull, tedious affairs where he butt-scoots around the ring or cage while his foe refuses to fight him on the ground. Imanari’s career highlights include early career wins over Jorge Gurgel and Mike Brown and more recent victories over Abel Cullum and Kevin Belingon. His current four-fight winning streak includes two .500 opponents, a fighter who held a 1-2 mark when he met Imanari and a debuting pro.

Imanari’s resurgence might be a bit overstated. He’s an aging fighter who has been preying on fighters who are mediocre at best. Yokota’s no spring chicken either, but he’s only a year removed from a big win over Kobayashi, one of Japan’s top prospects. Furthermore, Yokota’s a veteran fighter who has never been submitted and has a background in judo, which should allow him to counter Imanari’s takedown attempts.

Imanari isn’t necessarily a one-trick pony, but the submission specialist isn’t known as a strong striker, nor does he have solid takedowns. He relies heavily on his ability to tangle up his opponent via rolls and guard pulls. Yokota could find success if he keeps the fight standing and doesn’t let Imanari near his legs. Yokota lacks finishing ability, though, which could turn this into a drawn-out waiting game between the two men. Yokota’s striking should be the difference, however, in securing the Deep champ a decision nod.

While the other Japanese organizations conduct events featuring non-title affairs, Shooto is ready to crown some tournament champions. The promotion’s Infinity League 2015 Featherweight Final event includes three Rookie Tournament finals bouts as well as the 135-pound featherweight Infinity League final. The point-based standings of the Infinity League bracket have led to the match-up between Ryo Okada and Makoto Ohashi.

The 26-year-old Okada debuted in 2009 in Italy, but didn’t start fighting on a consistent basis until 2012. He went 2-2-1 through his first five fights, but he found his groove in 2014 and has now won six straight contests. His streak includes three wins in 2015, including two first-round stoppages, to put him at the top of the standings in the Infinity League with 10 total points. Okada’s first victory came via majority decision over Takuya Ogura in January. He added a knockout of Takafumi Maeda in April and a submission finish of Yuki Kanaumi in September. Overall, the Paraestra Chiba product has just two submission wins and one knockout victory. Seven of his 11 fights have gone the distance.

With the aforementioned Ogura sitting in second place in the Infinity League rankings with 8 points, the Infinity League featherweight championship will actually be decided over the course of multiple fights. Okada has the edge, but he’ll need a finish to absolutely clinch the crown. If Okada loses, it will come down to how Ohashi wins and whether Ogura can score a victory.

Okada, a 2013 Shooto amateur champion, claimed a notable win over Yo Saito in 2014. Beyond Okada’s fight with Saito, both fighters have competed primarily against competition floating around the .500 mark. Ohashi looked strong in a 2013 victory over Ogura, but fell short in a rematch. His trip takedowns were effective in their first meeting, but Okada, who thwarted Saito’s takedown attempts, should have an answer for Ohashi.

The finishing rate of Okada isn’t encouraging, but both fighters have pulled off decisive victories in the Infinity League competition. Ohashi has a much higher tendency to either finish or get finished, and his hands-down striking approach could have a lot to do with this pattern. He’s a sloppy fighter who can score takedowns and control from the top, but can also give up position or get tagged rather easily. Okada will take advantage of the weaknesses in Ohashi’s game, but it’ll be a close fight that could divide the judges. In the end, Okada will pull off the win. He may be forced into a tie with Ogura in the standings, though, once the dust clears.