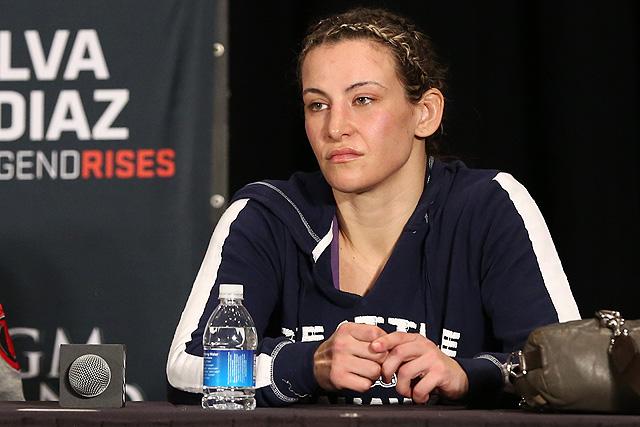 Beyond Rousey: Is the UFC Actually Helping Miesha Tate?

It looks like the MMA world has been able to calm down regarding the recent “title snub” of Miesha Tate. Now, maybe everyone can look at this situation with a level head.

Last week on Good Morning America — a win for MMA, for sure — Ronda Rousey announced that instead of a trilogy fight with Tate, which had already been promised, she would face Holly Holm in the main event of January’s UFC 195 card (later, however, the fight was moved to November’s UFC 193 in Australia). This revelation came as a shock to most people. Holm has not looked ready for a title shot in her last two outings. Meanwhile, Tate is on a four-fight winning streak.

Even recent statements by UFC President Dana White have said that the trilogy fight doesn’t really make sense. In all honesty, maybe it doesn’t. But what if there is another motive behind the UFC’s change in plans? Follow me down the rabbit hole on this one.

Tate is always going to be a top-five women’s bantamweight contender. She has proved as much in her six UFC appearances, where she has only been defeated by Rousey and fellow former title challenger Cat Zingano. Tate may not be the most exciting fighter. She hasn’t flashed any one-punch knockout power either. But she finds a way to win and executes as needed. In addition, Tate can take the fight wherever it needs to go in order to secure the win. With all of this going for her, why did Tate get passed up for another title shot?

Well, maybe the UFC is doing her a favor, even though no one, including Tate, probably sees it that way.

Tate will be a future UFC women’s bantamweight champion. Is that a bold claim? Maybe, but I say it with confidence. And since I’m sure the UFC shares this sentiment, the company decided that swapping in Holm to fight Rousey would actually be a good thing. It would be incredibly difficult for Tate to earn and receive another title shot if she were to lose to Rousey a third time.

While everyone has their chances when it comes to a fight, Rousey has Tate’s number. Tate has shown improvements in her game recently en route to decision wins, but Rousey’s arsenal is no longer limited to just submissions. The champion has added another dangerous element to her toolbox with her striking attack, as demonstrated in strong knockout wins over Alexis Davis and, most recently, Bethe Correia.

Here’s how I see the timeline working out:

Rousey fights Holm. Tate fights Amanda Nunes. Rousey will retain her title against Holm, and Tate will outwork Nunes for the win. The UFC will host UFC 200 with Rousey against Cristiane “Cyborg” Justino. After claiming the victory, Rousey will announce her retirement from the sport and vacate her title. (Cyborg probably has the best chance at defeating Rousey, but this is a firm prediction supported by a comparison of the level of competition that Rousey has faced over the last few years to what Cyborg has been fed.)

If Rousey retires, the UFC is left without a women’s bantamweight champion.

It would make the most sense for Tate to fight for the vacant championship against whomever emerges as the most relevant contender by this time next year — a rematch with Cat Zingano stands out as an appealing option. It’s a win-win for everyone involved. The fans won’t be complaining about someone getting a third title shot in the UFC without every coming out with a championship win, and the fans are already familiar with Tate, so it won’t be hard to market her as a champion. Meanwhile, the division is wide open again.

In the long run, this twisted logic could turn out to be far less twisted than it seems.