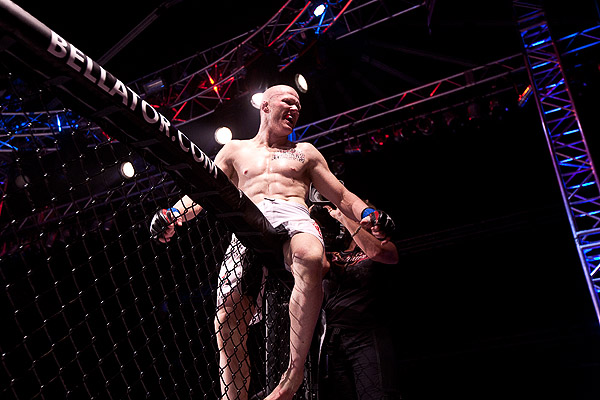 Out of Obscurity: King of the Cage, Legacy FC 38 and Fury Fighting 4

Glena Avila’s name became well known within MMA circles when she was featured in a documentary that tracked her journey as she worked to become a professional fighter. Now, the 39-year-old has six fights under her belt and seeks to add her second championship in as many appearances. She’ll fight for the King of the Cage women’s strawweight crown at a show dubbed King of the Cage: Short Fuse. Avila has a tough test in front of her in the form of undefeated prospect Danielle Taylor.

Avila’s documented journey led to her pro debut in 2011. “Heartless” had already marched through six amateur opponents, and she began her pro career with similar levels of success with two submission wins. Avila stumbled in her next two fights, dropping a split decision to Emily Kagan and a unanimous verdict to Amber Stautzenberger. The Rose City Fight Club product rebounded with a split decision over Katie Howard and then posted a first-round TKO victory over Stevie VanAssche. The win over VanAssche came in a flyweight title contest, giving Avila her first championship gold as a pro.

Taylor is undefeated through four pro bouts. “Dynamite” competed in seven amateur contests, but lost her final amateur outing before turning pro in early 2014. The Socal Fight Factory product has tallied two decision victories, a TKO stoppage and a submission finish in her pro campaign. She had no prior combat-sports experience before she started training as a mixed martial artist. The 25-year-old is a former King of the Cage amateur champion.

Both ladies have winning records and trophy cases that are not short on gold, but a deeper look at their resumes will reveal some troubling details. In Taylor’s case, it’s a list of victims who have combined for just one pro victory and 11 defeats. For Avila, the numbers are slightly better — a combined 6-11 current pro mark for the four ladies who have lost to the 39-year-old — but her own losses came against the two most experienced foes she has faced. Those opponents, Stautzenberger and Kagan, are also the only fighters on Avila’s resume who sport records above the .500 mark.

This fight has the potential to turn into a war. Avila tends to march forward and brawl with opponents, so she’ll take the fight to Taylor. Taylor, on the other hand, is content to sit back and wait for counters. However, she can get wild and leave her chin exposed. Youth will be on the side of Taylor, who is also a much more technical striker. Size, meanwhile, will be Avila’s advantage, as she will enjoy a two-inch edge in height over Taylor.

Taylor is going to have a difficult time holding onto her spotless record, but it’s not an impossible fight for her. Taylor is facing a well-rounded fighter who will push the action and could take her to the ground and submit her. Avila is dangerous in all aspects of the game, and Taylor hasn’t fought a fighter of this caliber before. Yet, it’s not hard to imagine Avila walking into quite a few of Taylor’s counters and eventually getting rocked. Taylor has the speed to put together combinations and flurries that will overwhelm Avila, and if given a chance, she could finish this fight by TKO. The more likely outcome, however, involves a lot of points scored off counter punches as Taylor outworks Avila en route to a hard-fought decision win.

UFC castoffs fighting to get back to the big show. Prospects on their way up. Sometimes, the two sides collide. This seems to be the theme of Legacy Fighting Championship’s 38th event. The headliner features Anthony Njokuani, who is on a two-fight skid, against David Burrow, a veteran journeyman who is riding a four-fight winning streak and has never been closer to a big-league audition than he is right now. Meanwhile, the biggest focus might be on the co-headliner, where prospect Jason Sampson takes on UFC veteran Joseph Sandoval in a bantamweight tussle.

Sampson hasn’t seen the inside of an Octagon yet, but he is fresh off a three-fight stint in Bellator, where he fought just once a year between 2012 and 2014. He emerged with three wins, including two stoppages. The “Wild Thing” has a habit of finishing fights. He’s seen the scorecards just three times while racking up seven submission wins and two finishes via TKO. Sampson started wrestling at age 11, won a Pan Am title in 2006 and holds the rank of black belt in Brazilian Jiu-Jitsu. He trains and coaches at Mohler MMA outside of Dallas.

Sandoval made a name for himself under the Shark Fights banner, where he made his pro debut in 2010 and won five fights during a six-fight winning streak that kicked off his career. By 2011, the striker had found his way into the UFC’s Octagon. It didn’t go well, however. Sandoval lasted just 77 seconds against Walel Watson and only 22 seconds against Nick Denis. Things didn’t get any better upon his UFC release either. He landed in Legacy and lasted just 51 seconds against Chad Robichaux and 62 seconds against Ryan Benoit. Sandoval finally got back in the win column in his third Legacy contest, which was also his most recent fight. In that outing, which took place in August 2013, Sandoval finished Jonathan Lopez via TKO. The 28-year-old has been out of action for a year and a half.

Sampson has to be salivating over this match-up. He has a three-fight winning streak inside the Bellator cage and now has an opportunity to take out a UFC veteran who could be carrying a heavy case of ring rust into the cage on Friday night. Yet, things aren’t quite so clear-cut. Sandoval has one submission loss, but he seems much more susceptible to strikes. He also has an edge in the striking department over the 32-year-old Sampson, whose specialties are wrestling and grappling. However, a glance at Sandoval’s resume reveals a fighter who has excelled against sub-par competition and stumbled against even the most remotely legitimate adversary he has encountered.

Sampson is the vastly superior fighter in this affair. He handed losses to Erik Perez and Shane Howell before those fighters transitioned to the UFC, and he’s a good bet to hand a loss to Sandoval as well. The Mohler MMA fighter will get his opponent to the mat early in the contest and secure the submission finish. It could even be another sub-80-second night for Sandoval.

Lincoln de Sa was once viewed as a potential top flyweight. Now, the Brazilian is fighting to recapture that status. He travels to Texas for his latest outing, which takes place on Fury Fighting Championship’s fourth effort. The struggling former prospect is set to meet Cody Williams, a veteran fighter who is experiencing the best run of his career with a 4-1 mark over his last five fights.

De Sa made his pro debut in 2009 and went 1-1 through his first two fights before launching into an eight-fight winning streak. After suffering his second career loss against Alexandre Pantoja in 2012, de Sa bounced back with two wins over Joriedson Reis de Souza. The Art Combat fighter hit a rocky patch after those wins. He’s gone just 2-3 over his last five fights, including another loss to Pantoja. Earlier in his career, de Sa drew comparisons to UFC champion Jose Aldo. The main focus of his attack is his jiu-jitsu. He has submitted eight opponents and tends to be a tough out, though he has suffered one loss by way of submission.

Williams is a Texas-based fighter training out of American Top Team Beaumont. He made his pro debut in 2011 and went 4-4 through his first eight fights, most of which took place under the Legacy FC banner. Since venturing outside of Legacy, “Wolverine” has found more success. His recent 4-1 run includes a 2-1 mark with two first-round stoppages in Hero FC, plus a first-round TKO win with Titan FC. With four wins by some form of knockout and three submission victories, Williams is a finisher. However, his five losses include two by knockout and two by submission.

Williams is coming from the opposite direction as his opponent. The Texan fighter previously competed as a bantamweight and only made his flyweight debut in his most recent outing at Titan FC 30. De Sa is a natural strawweight who would be competing at 115 pounds if more opportunities existed in the division. Instead, he’s had his hands full with 125- and 135-pounders, which has led to some disappointing results.

Williams can be wild in his stand-up, which opens him up to his opponent’s takedown attempts. De Sa has a well-crafted wrestling game that includes a lot of fakes and level changes. If Williams gets wild against de Sa, he’s sure to end up on his back underneath the talented Brazilian grappler. Once on the mat, de Sa is quite capable of finishing Williams. De Sa may have encountered some recent setbacks, but those stumbles came against fellow prospects and a bantamweight. Williams is going to retain a size advantage over de Sa, but he’s not on par with the other fighters who have handed the Brazilian his recent losses.

This one is likely to end in the first round. De Sa will claim the victory with a submission finish.