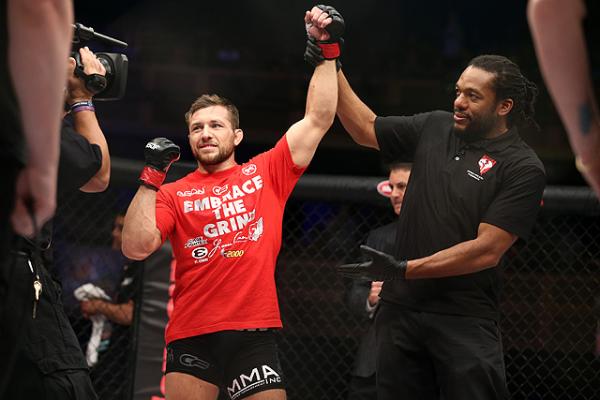 On Saturday, Dec. 13, World Series of Fighting held its 16th event from the McClellan Conference Center in Sacramento, Calif.

In the night’s main event, the promotion’s welterweight champion, Rousimar Palhares, looked to defend his belt for the first time against fellow UFC veteran Jon Fitch. The Brazilian Palhares had been a lightning-rod for controversy in his career due to his injury-inducing leg locks. He used an inverted heel hook to take the belt from Steve Carl at WSOF 9 in March. Fitch, meanwhile, had scored back-to-back decision wins leading up to the title affair. After succumbing to a shocking, 41-second submission loss in his promotional debut, he bounced back to defeat Marcelo Alfaya and Dennis Hallman.

The co-main event also featured gold on the line as featherweight kingpin Rick Glenn took on Lance Palmer. The Roufusport product Glenn had not tasted defeat in 13 straight bouts, stopping Georgi Karakhanyan in June to secure the 145-pound strap. Team Alpha Male’s Palmer reeled off seven straight wins to open his career, but fell victim to Karakhanyan last December. He rebounded with a first-round submission win over Nick LoBosco in June.

The night’s action kicked off with a an eight-fight preliminary card live on nbcsports.com. The five-fight main card kicked off at 9 p.m. ET live on the NBC Sports Network.

Above are video highlights of the featherweight title fight between Palmer and Glenn (courtesy of NBC Sports).