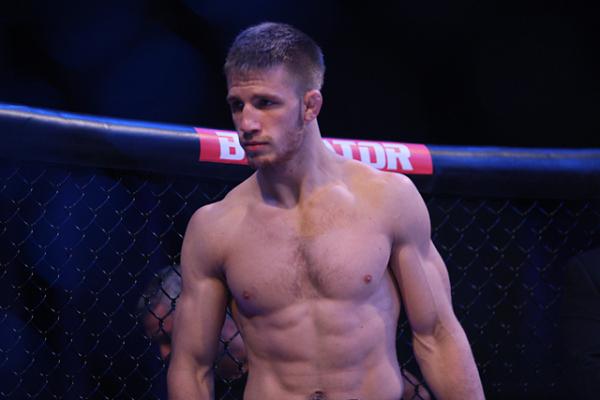 Christmas week is a slow one for MMA around the world. Whereas we would usually preview three events in this feature, the lineup for Christmas weekend provides just two events worthy of coverage here. The first of those events is the fifth offering from the Coalizão Fight promotion. A welterweight clash tops the bill and features Bellator veteran Jose “Zezao Trator” de Ribamar Machado Gomes against up-and-comer Junior Orgulho.

Trator is a journeyman whose resume spans more than a decade as a professional. His one stop in Bellator, a first-round TKO loss to Raul Amaya at Bellator 86, accounts for his only step up to the big leagues. He has competed under the Jungle Fight banner and has a long list of fights spanning many smaller Brazilian promotions. Along the way, he has amassed a respectable record and notched a notable victory over Cassiano Tytschyo. He has also fought in losing efforts against Pride veteran Daniel Acacio and UFC fighters Wendell de Oliveira Marques, Ronaldo “Jacare” Souza and Erick Silva. The Coalizão Fight Team and Trator Team fighter has 17 stoppages via strikes and 10 victories by way of submission. The 32-year-old has also lost six fights by some form of knockout and two fights via submission.

Orgulho fights out of Champion Team and Nordeste Jiu-Jitsu. The 24-year-old made his pro debut in 2008, but he only fought once a year until 2012. After dropping his debut, Orgulho strung together five wins, including one under the Jungle Fight banner, before fighting for the Jungle Fight belt against Elias Silverio, who is now in the UFC. Orgulho lost to Silverio via decision, but he rebounded with three wins before returning to Jungle Fight and losing to Michel Pereira. Orgulho is now on a two-fight winning streak. He tends to finish his fights via strikes, and his losses have primarily come on the scorecards.

Trator has a wild striking style that opens him up to counters, but it can also be very effective, as evidenced by his long list of victims. Orgulho should provide Trator with the type of opponent that can create a slugfest, but the younger fighter’s resume is packed with wins against subpar competition. In fact, a majority of Orgulho’s wins came against opponents who still lack a pro victory of their own. Trator’s experience and aggressive striking style should pay off in this encounter. It’ll be an entertaining, back-and-forth bout that should produce plenty of fireworks. Trator should emerge with the TKO victory.

The only other significant card of Christmas weekend takes place in Poland. The Professional League of MMA is set to host its 45th event. The card has undergone a major overhaul from the lineup previously listed by the PLMMA on its Facebook page. With all of the changes, the headlining bout lands on a heavyweight clash between two fighters whose records won’t turn any heads. Instead, the best fight of the evening comes further down the card, where prospect Jonas Billstein continues his recovery from a disappointing 1-3 stretch from 2011 to 2012. Billstein is set to meet seasoned veteran Antoni Chmielewski.

The 23-year-old Billstein began his pro career in 2009 at the age of 18. The German fighter stormed through his first nine opponents, including Hans Stringer, before suffering a submission loss to Attila Vegh. He moved to Bellator for his next three fights, but he managed just one win. After returning to Germany to defeat Martin Zawada, Billstein entered the Bellator cage for a fourth time and scored a decision win against Cortez Coleman. The Combat Club Cologne product is now riding a three-fight winning streak. The former light heavyweight has nine wins by some form of knockout.

Chmielewski has been fighting professionally since 2003. He went 15-1 through his first 16 fights. Since 2005, however, he has struggled to maintain any level of consistency. He has often alternated between wins and losses, and he has failed to win more than three fights in a row. The decorated judoka has 15 victories by way of submission.

Billstein’s worst streak of luck came when he traveled to the United States to fight. Outside of his loss to Vegh, the prospect has been perfect in Europe, which is a good sign as he heads into this affair. He’ll have to avoid Chmielewski’s judo takedowns and dangerous submissions, but his most recent fight against Nikolai Alexiev is a perfect example of Billstein’s skills. The German fighter fended off Alexiev’s early standing guillotine attempt and turned it into an advantage, landing on top of Alexiev and raining down a barrage of ground-and-pound to eventually score the TKO win. Chmielewski is going to have to work extremely hard to catch Billstein in a submission. Billstein is very capable on the mat and should be able to find top position and attack with strikes. Chmielewski has suffered six losses by some form of knockout, and Billstein has a good chance of adding to that total. Billstein will grab the win by ground-and-pound TKO.