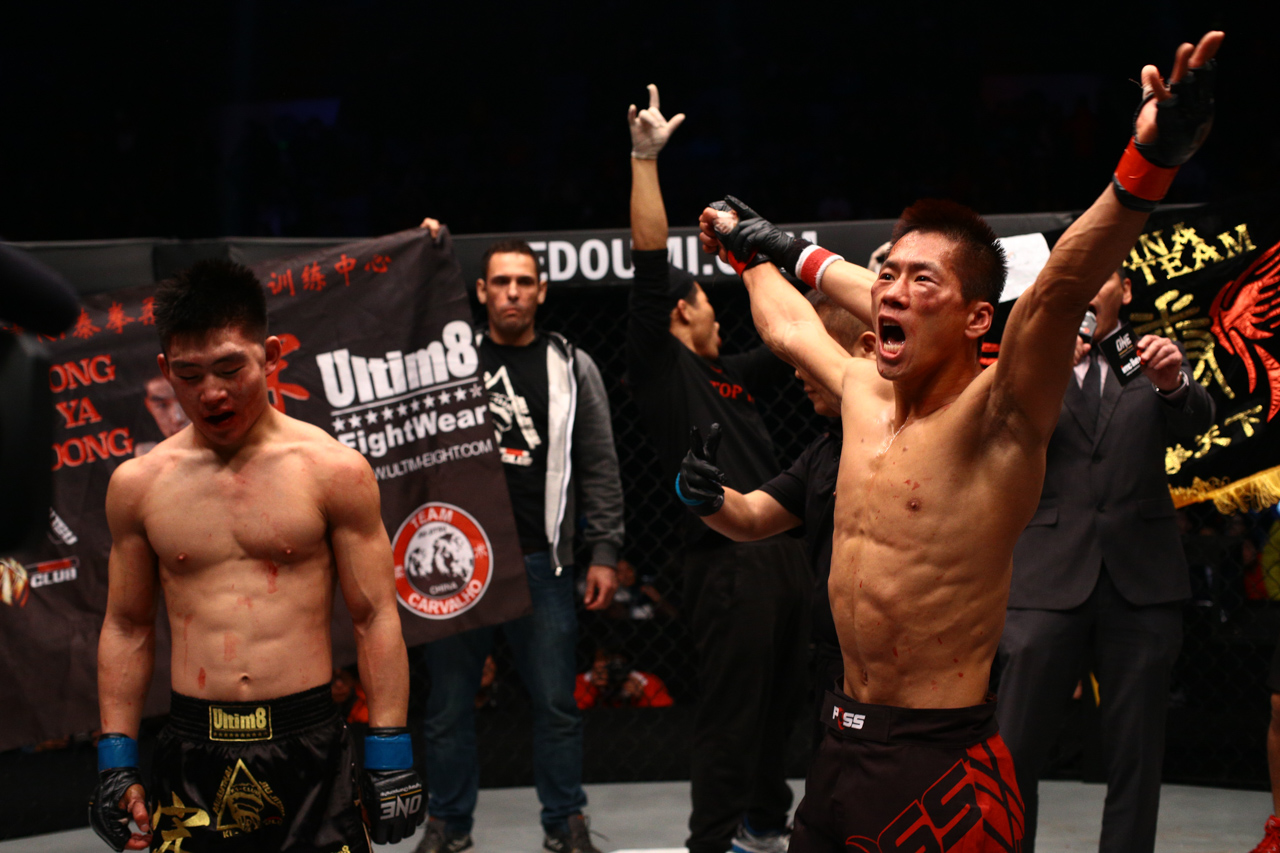 ONE FC 24: ‘Dynasty of Champions’ Results

On Friday, Dec. 19, ONE Fighting Championship made its China debut for its 24th event, dubbed Dynasty of Champions, from the Olympic Sports Center Gymnasium in Beijing. The event was originally tabbed for October, but was pushed back.

In the night’s main event, bantamweight Ji Xian faced undefeated Song Ya Dong. Xian, with a background in sanda, won his first eight professional bouts. His countryman Ya Dong had yet to taste defeat through five fights and just turned 20 years of age.

The night’s co-main event featured veteran lightweight Adrian Pang against Dutchman Vincent Latoel. Pang had been out of action for a year, but the Aussie had notched five wins in his last six outings and is a former Legend FC lightweight champion. Latoel, meanwhile, looked to rebound from a submission loss to UFC veteran Caros Fodor.

The card also featured two one-night tournament in the flyweight and featherweight divisions.