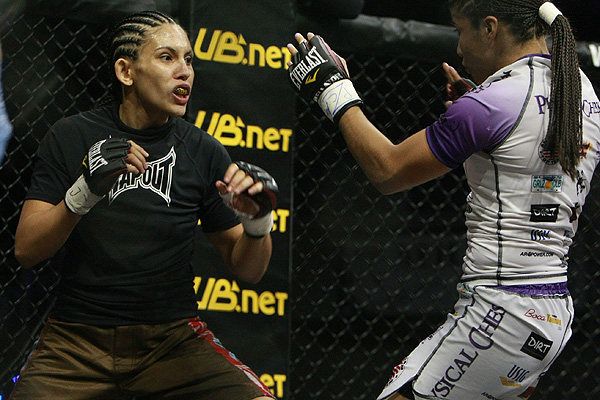 Invicta Fighting Championships has added a familiar name to its 115-pound roster.

The 29-year-old Alvarez has scored six wins over the course of her nine-fight career that dates back to 2007. In her most recent outing, she needed just 45 seconds to put Amber Stautzenberger to sleep under the Dakota FC banner. The win snapped a two-fight skid and marked the fifth submission win of Alvarez’s career.

“Lights Out” has competed against many of the sport’s elite, including former Invicta champion Carla Esparza and consensus No. 1-ranked fighter Jessica Aguilar. The veteran holds wins over current Invicta fighters Michelle Waterson and Michelle Ould. Her lone Invicta appearance came against Esparza at Invicta FC 3, where she succumbed to a first-round TKO.

“I’m excited to be back with Invicta,” said Alvarez. “They’re doing amazing things for women’s MMA and treat their fighters right. I can’t wait to fight for them and earn my way to their 115-pound title.”

Alvarez will return to the Invicta cage in early 2015. An opponent and location are expected to be announced by the promotion in the coming weeks.