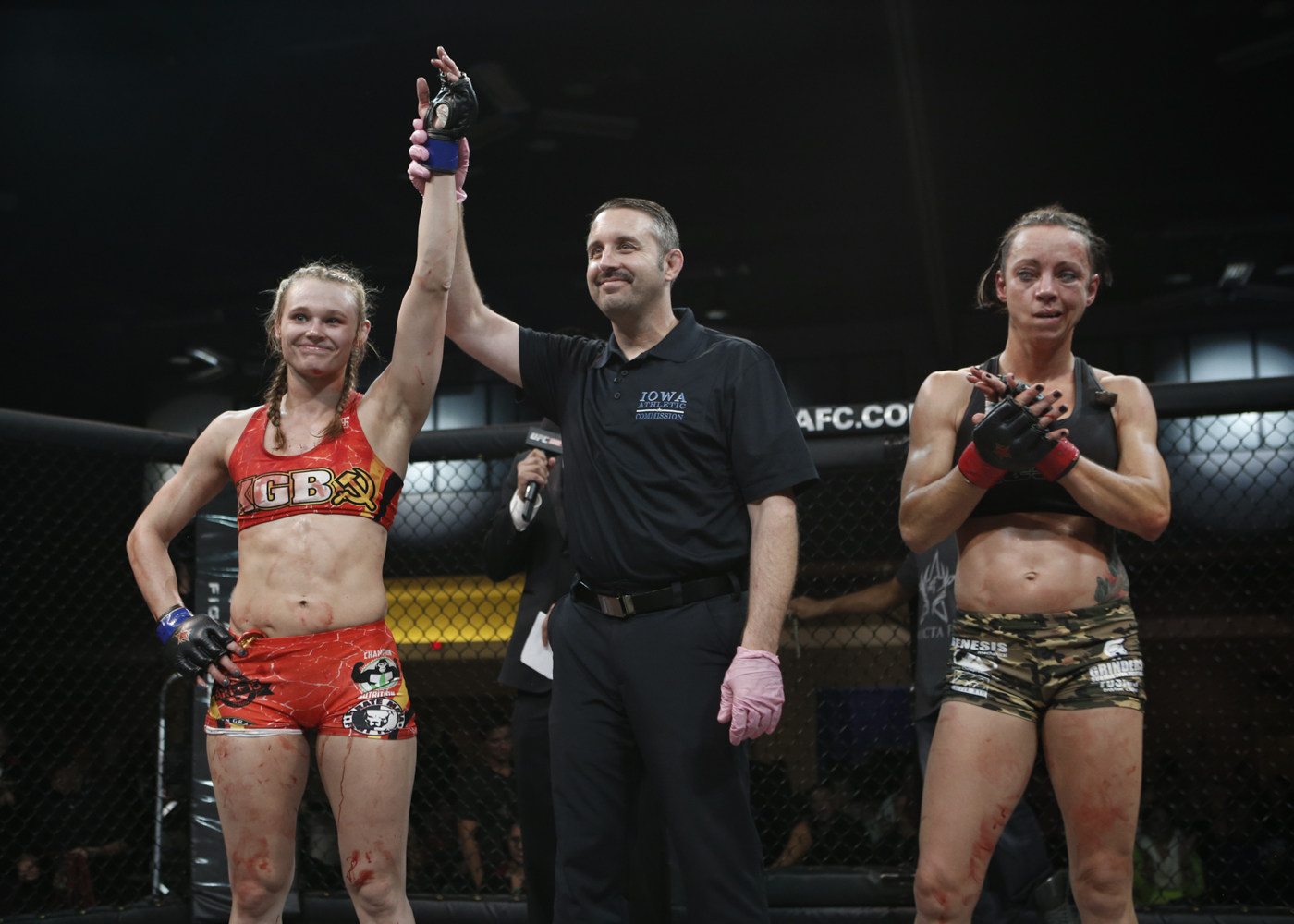 Brazilian Vanessa Porto will not make her return to the Invicta FC cage on Dec. 5 after all.

Due to delays with Brazil’s visa system, the 30-year-old is out of her Invicta FC 10 bout against Roxanne Modafferi. Replacing Porto will be unbeaten striking specialist Andrea K. Lee.

Lee enters the bout on the heels of a dominant performance at Invicta FC 9 against Shannon Sinn. The 25-year-old fighter known as “KGB” is a former WKA, TBA and IKF Muay Thai world champion and also won a National Golden Gloves title prior to competing in MMA. Her win over Sinn in November moved her record to 2-0 as a professional.

Modafferi, meanwhile, will look to build on the momentum of her decision win over fellow MMA pioneer Tara LaRosa at Invicta FC 8 in September. The victory marked the 16th of the UFC veteran’s storied career.

Invicta FC 10 takes place from the Arena Theatre in Houston on Dec. 5. The event will stream live via the UFC’s digital network, UFC Fight Pass. The event will be headlined by the promotion’s atomweight champion, Michelle Waterson, who will square off with Brazil’s Herica Tiburcio.