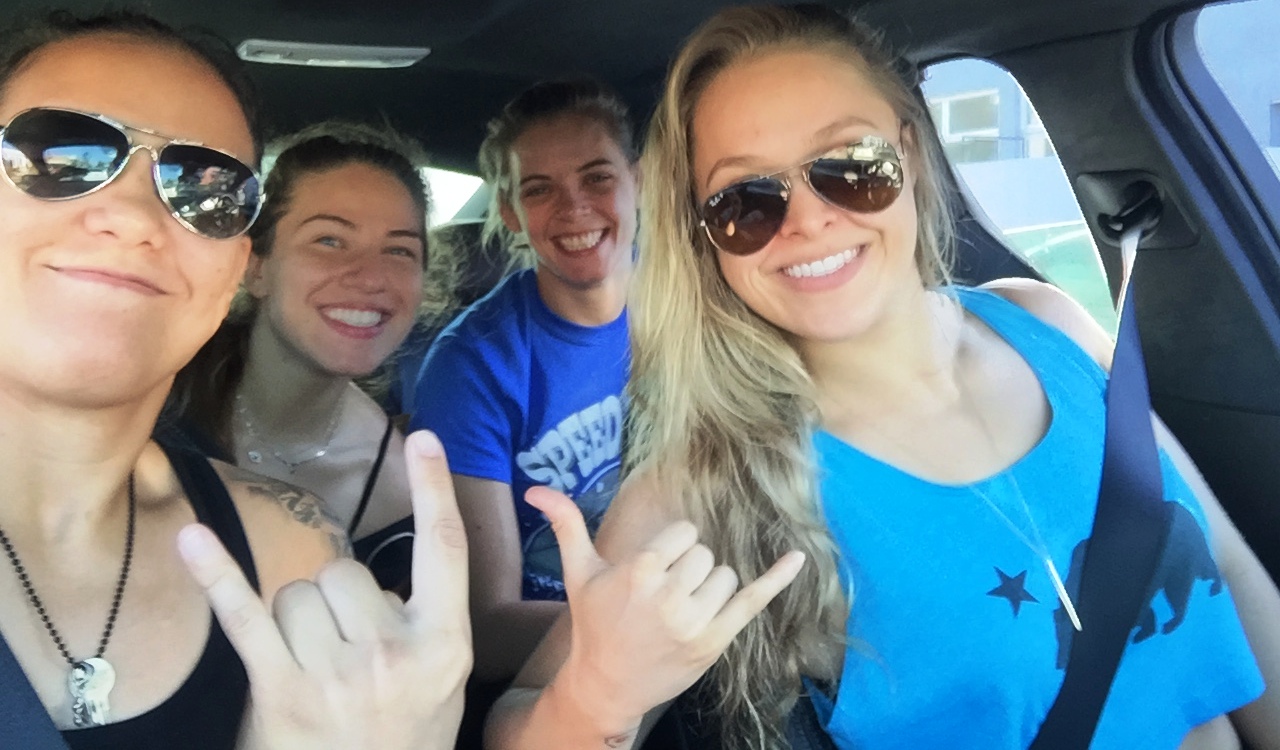 Love Her or Hate Her: Ronda Rousey Makes You Watch MMA

I want to talk a bit about history. It’s the thing MMA fans know about the least, after all.

See, there was a fighter, undefeated for a long time, super confident and borderline arrogant. They said humiliating and disrespectful things to opponents in the buildup to fights and turned every press event or weigh-in into a circus. The fighter was hated by most of the media, as well as most of the public. They taunted and disrespected opponents after beating them.

Sound familiar? It should.

Muhammad Ali is considered to be the greatest boxer to have ever lived. He transcended the sport of boxing to become a household name. His antics were looked down on and hated. His remarks were racist and disrespectful in a time of controversial tension. He spoke political views that were not popular.

But, here’s the kicker: No one remembers any of that.

In fact, the picture of him standing over Sonny Liston while taunting him is one of the most iconic images in all of sports. It’s even used as a background for motivational quotes and inspiration. It would be borderline blasphemous to use it in a meme meant to show arrogance and disrespect. Instead, it is used to symbolize confidence and believing in oneself.

Before you stretch your fingers and get ready to post a “laughable to compare Ali to Ronda Rousey” quote in the comments, at least admit that there are a lot of parallels between the two. Ronda paved a way for how women are viewed in sports. Ali paved a way for how African Americans are viewed in sports. Never before had anyone used the “heel” antics in the sport. His clever catch phrases and quotes are etched in history. Boxers didn’t “sell” fights like that. Neither did women fighters in MMA. Ali said his inspiration for his interviews and antics was pro wrestling’s Gorgeous George, a precursor and huge influence on another famous name: Ric Flair.

Ric Flair, a legend and master of his craft. He was the leader of the Four Horsemen, one of the most well-known heel factions in pro wrestling. Here’s the thing about the Four Horsemen, though: They weren’t the most dominant wrestlers in the world. They were damn good, but what they were really good at was making an overweight guy with a lisp marketable. The late and very great Dusty Rhodes was not the typical marketing dream that a promoter of the time would bank on leading the charge as top babyface, but he became one with the help of Flair and the Horsemen. Ric Flair’s stable of friends sold fights. Love them, hate them, boo or cheer, they got people talking and they got people watching. And Dusty Rhodes was a great wrestler. One of the best of all time. But would he have gotten the chance to get a push to show us that if it wasn’t for Flair? It could be argued that without Flair, perhaps we wouldn’t have cared as much about Rhodes. Does that change how good Dusty was? No.

Argue all you want about loving or hating Ronda. She made you care about a women’s division that just wasn’t quite marketable. As good as the skill has been for years, I just don’t believe you would care about the overweight lisp of the landscape of women’s MMA without her. You wouldn’t even care about Holly Holm as much without her. I know this because I lived it. Myself, Alexis Davis, Tara LaRosa, Roxanne Modafferi and, to an even greater extent, Holly. We’ve all been around. For a long time, a lot longer than Ronda. Each of us were considered the best at one point in time. Holly even cleaned out her entire sport and became a legend in it. But it wasn’t until Ronda that people were willing to pay $60 to see her on the hope she would “give Ronda what she deserved.”

The Four Horsemen was a faction of friends. They trash-talked, got booed and didn’t win all the time. But they were the most talked about team in pro wrestling and they got you talking about wrestling.

The Four Horsewomen… I’ve stated before, we’re friends. Ride-or-die friends. We don’t win all the time, but name another women’s team in MMA that gets you talking more. And you know what? It doesn’t matter, it’s our thing.

Is the Undertaker really a “dead man”? Is Ken Shamrock really the “World’s Most Dangerous Man”? Did gravity really forget Adrian Neville? We’re the Four Horsewomen, and the originals love the homage. Period. MMA fans are such elitists…

My servings of Ronda are from actually being her friend. I don’t just get fed what the media puts out. People see Ronda looking fabulous in dresses, clamor to touch her, hide behind cars to take photos… that’s the Ronda you guys see.

I know the human Ronda. The one that needs to be nagged to do laundry and Jedi mind tricked into competing somehow in order to trick her into cleaning her room. The human that loves playing Pokemon on her Nintendo DS. The human that falls asleep on the couch in a coma after stuffing herself with buffalo wings on first Friday on Abbot Kinney. And yes, the human that lost to a great fighter.

Love her or hate her, boo or cheer, Ronda gets you talking. Ronda gets you watching. If it wasn’t for her, women wouldn’t be main and co-main on a major fight card. If they were, you wouldn’t have watched. Does this mean the talent wasn’t there? No, you just didn’t care. Holly Holm represents the American dream in more ways than one. Hate Ronda, be happy she lost, but take the fact that she isn’t a trailblazing legend who has ruined her legacy out of the argument. That’s just ignorance.

And anything else, well, you’re just getting worked.