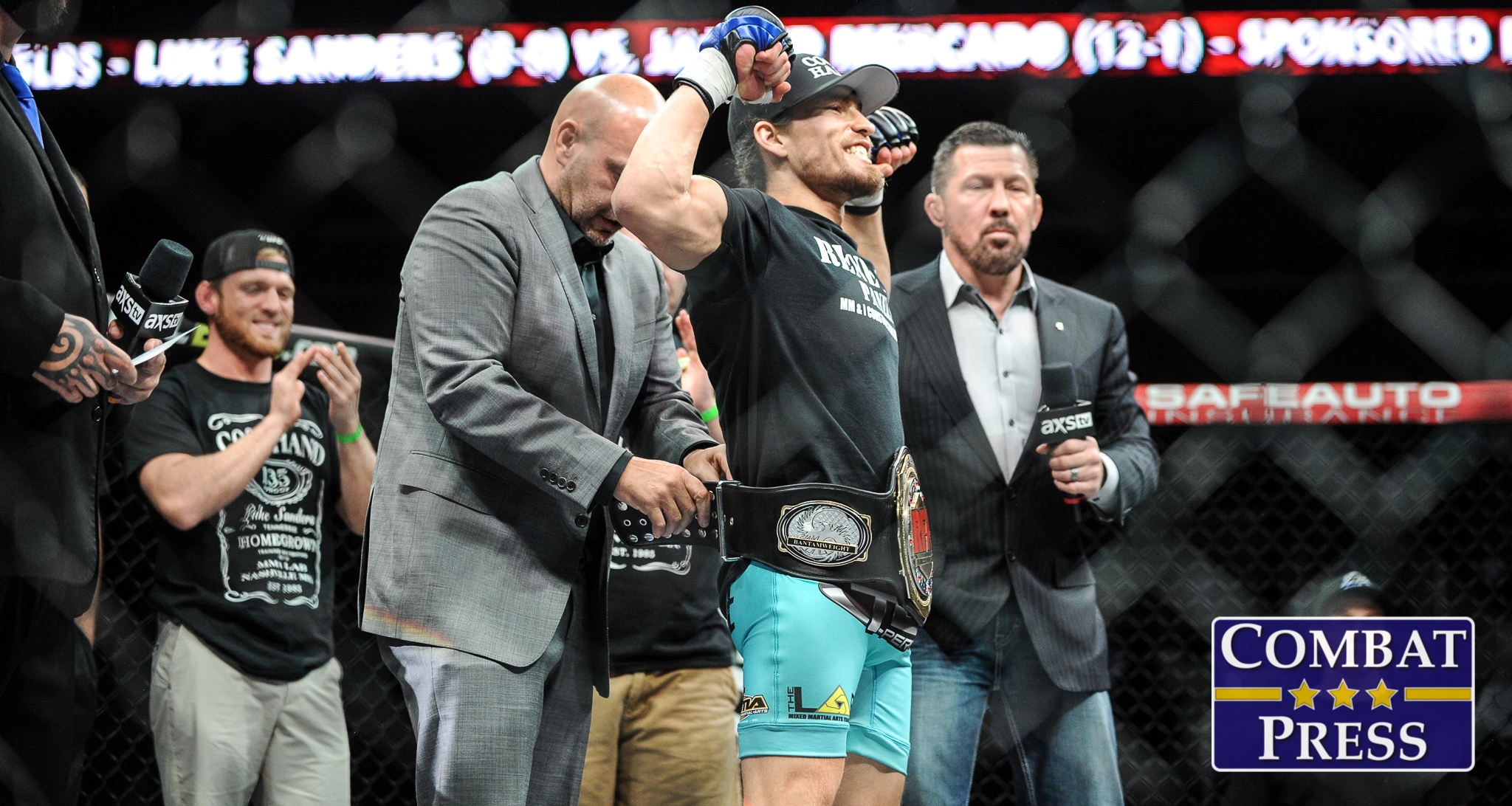 On Friday, Nov. 7, Resurrection Fighting Alliance returned to the Denver area for its 20th event. The promotion once again visited the 1STBANK Center in Broomfield, Colo. The night’s main card aired live on AXS TV beginning at 10 p.m. ET.

In the night’s main event, the promotion crowned a new bantamweight champion as unbeaten Luke Sanders took on Jarred Mercado. Only Sanders was eligible for the belt, as Mercado came in four pounds overweight for the bout. Sanders entered the contest with a perfect, 8-0 record. The 28-year-old XFC veteran had picked up wins over Dan Moret and Darrick Minner inside the RFA cage. The Colorado-based Mercado had tasted defeat just once in his 13-fight career. A former Northwestern wrestler, Mercado earned a decision win over Daniel Swain at RFA 16 in July.

The co-main event of the evening featured a pair of battle-tested welterweights as Colorado’s Josh Cavan took on Benjamin Smith. Cavan saw his four-fight winning streak end in July in a hard-fought war with current UFC fighter Chris Heatherly. Smith is a product of Xtreme Couture. The 34-year-old had reeled off four straight leading into the contest, but was looking for his first win under the RFA banner.

Also on the main card was a welterweight clash between UFC and TUF veteran Gilbert “Jamal” Smith and Serbian submission artist Bojan Velickovic, a light heavyweight bout between Cody Mumma and Colton Vaughn, a bantamweight match-up between Boston Salmon and James DeHerrera, and a featherweight contest between UFC veteran Alvin “Kid” Robinson and Fabio Serrao.

Below is full photo gallery from the event, as shot by Phil Lambert for Combat Press. Click an image below for a larger version.