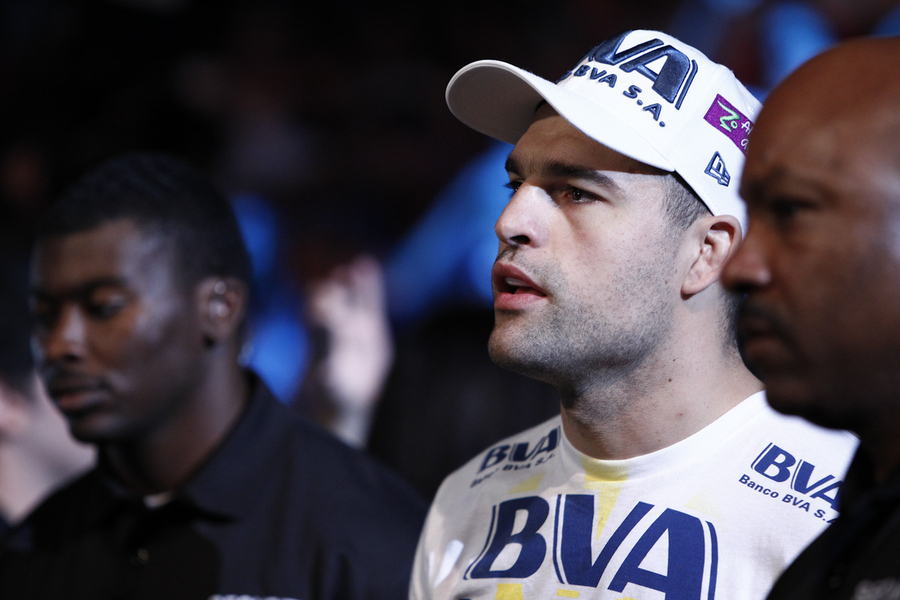 A broken foot has forced British light heavyweight Jimi Manuwa out of the UFC Fight Night 56 main event against Mauricio “Shogun” Rua on Nov. 8 in Brazil.

Stepping into the main event opposite Shogun will be Ovince Saint Preux. The American was originally slated to face Francimar Barroso in the night’s co-main event. UFC President Dana White announced the news on his Instagram page.

The former UFC and Pride champion Rua will be looking to right the ship in his home country. The 32-year-old has dropped three of his last four inside the Octagon, including a violent, third-round TKO loss to Dan Henderson in March. The veteran has compiled a 6-7 record since joining the promotion, but all six wins have come via some form of knockout.

Saint Preux, or “OSP”, saw a five-fight winning streak snapped in August in a five-round main event against Ryan Bader. Prior to that, the Strikeforce veteran and former Tennessee football player had worked his way into the division’s top 10 rankings with wins over Gian Villante, Cody Donovan, Nikita Krylov and Ryan Jimmo.

UFC Fight Night 56 takes place Saturday, Nov. 8 from the Ginasio Municipal Tancredo Neves in Uberlandia, Minas Gerais, Brazil. The night’s five-fight main card will air live on Fox Sports 1 beginning at 10:30 p.m. ET, with the preliminary card being split between a Fox Sports 2 broadcast and a stream on UFC Fight Pass. It’s unclear at this time whether Saint Preux’s original opponent, Barroso, will remain on the card.