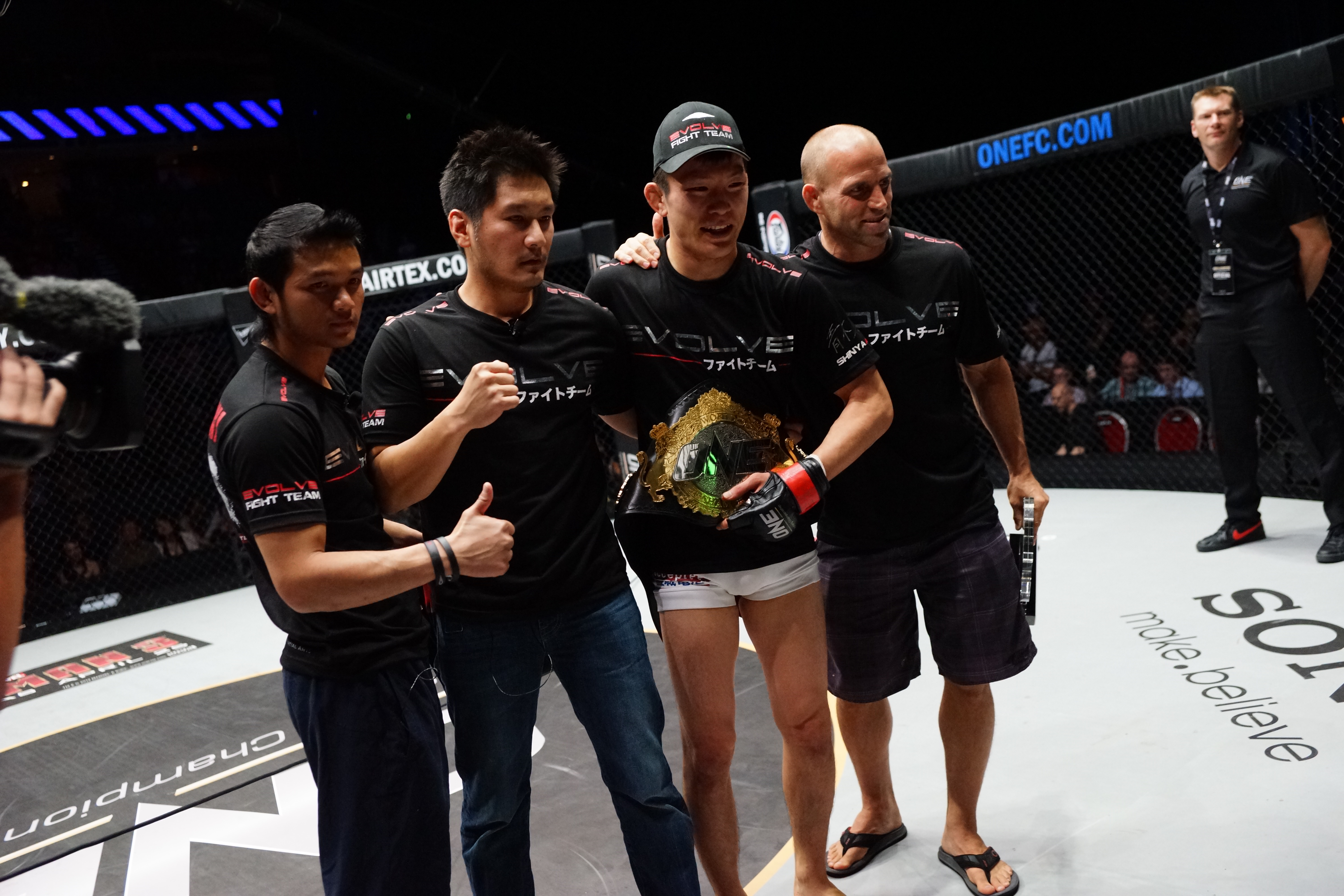 ONE FC 19 ‘Reign of Champions’ Results: Aoki, Askren, Narantungalag Walk Away with Belts

The event featured a trio of title fights as the promotion’s lightweight, welterweight and featherweight straps were on the line.

In the night’s headlining affair, lightweight champion Shinya Aoki returned to the ONE FC cage for the first time in 2014 to take on UFC and WEC veteran Kamal Shalorus. Aoki entered the title defense riding a five-fight winning streak, including three under the ONE FC banner. The Iran native Shalorus had scored back-to-back wins since his UFC release.

The co-main event featured welterweight champ Nobutatsu Suzuki against unbeaten former Bellator title holder Ben Askren. The hard-hitting Suzuki captured gold in his last outing, a five-round beating of Brock Larson. Askren, meanwhile, made a successful promotional debut by submitting Bakhtiyar Abbasov in the first round in May.

Also in action was featherweight kingpin Koji Oishi, who put his 145-pound title on the line against Jadamba Narantungalag. The 37-year-old Oishi earned back-to-back knockout wins over former champion Honorio Banario to cement his place as champion, while Mongolia’s Narantungalag also topped Banario to earn his title shot.

The nine-fight event kicked off with three preliminary card bouts. The six-fight main card aired via online pay-per-view for $9.99.