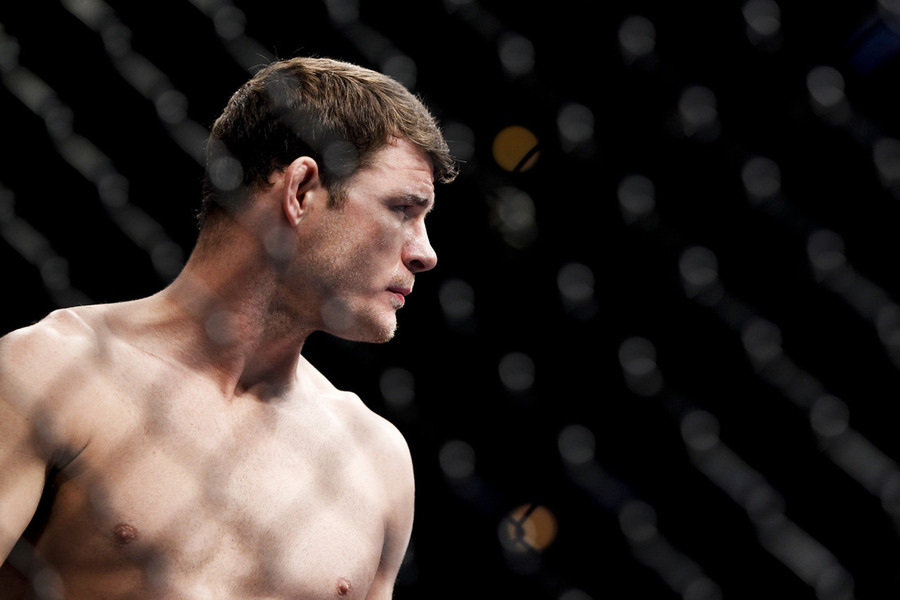 At UFC Fight Night 48, which took place in Macau, Michael Bisping collided with Cung Le in a featured middleweight bout that streamed on UFC Fight Pass. It was a bout that ultimately saw Bisping finish Le in the fourth round, leaving him battered and bruised.

Bisping asserted his game in the second round, damaging the right eye of his adversary, but Le’s heart carried him into the fourth round, where he was finished by TKO. Following the bout, “The Count” made a bold claim. He said he would be the champion in 2015. That’s a lofty goal for the No. 8-ranked middleweight.

Earning an impressive 31-6 record with wins over Jason “Mayhem” Miller, Brian Stann, Alan Belcher and the aforementioned Le, Bisping has proven to be an effective gatekeeper in the 185-pound division. However, the tasks required of Bisping if he wants to earn the title belt might prove a bit difficult for the longtime veteran.

One hurdle in the way of his dreams is No. 5-ranked former Strikeforce middleweight champion Luke Rockhold, who, following Bisping’s victory over Le, wasted no time criticizing the Brit’s fight style. Sure, a win over Rockhold would solidify Bisping as a threat in the division, but whether Bisping could handle an opponent younger, faster and more dynamic is a question in itself.

It’s hard to compare his performance against Le and draw inferences on performance potential against the top middleweights. Le is a 42-year-old veteran who came in off a year and a half away from competition. Le is not as aggressive or technical as the fighters Bisping will see at the top of the division.

To be in the conversation for the middleweight title, Bisping would have to find victory over the likes of Lyoto Machida, Ronaldo “Jacare” Souza, Gegard Mousasi and perhaps Nick Diaz. Although that might sound like a list of exciting match-ups, I wouldn’t give him the edge against those remaining middleweights.

Bisping has the tools necessary to climb the ladder to the top, but he’s also 35 years old and in a division of hard hitters eager to take the strap from the champ. Perhaps Rockhold will get his chance to test Bisping’s claim to become champion. Or perhaps Bisping will prove everyone wrong. But until he faces a top-five fighter, I wouldn’t count your eggs before they hatch.