To let something go fallow means to let it rest so that it can come back stronger. A farmer who has four fields will usually only plant three at a time. Plants use nutrients like nitrogen as fuel, and if the nutrients are depleted, then the yield will be weak, small and less flavorful.

Most sports have a season, and so the year has a tendency to have a natural recovery period built in for those athletes. Mentally and physically, those athletes have an opportunity to rest and recuperate so that they may come back ready to give their all. 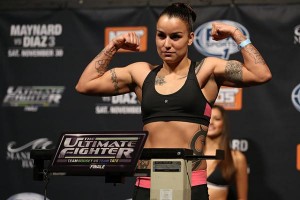 In MMA and martial arts, however, there is no true off-season. An athlete could literally train every day for years. Hypothetically, of course, because, in reality, the body and mind need a break. Studies have shown that college students who nap immediately after studying retain information better and can understand complex processes better.

After a disappointing split decision loss to Jessica Andrade, Raquel Pennington took six months off. Six months of no training. So, what drove her to the fairly drastic decision?

“I was frustrated,” Pennington admitted to Combat Press. “I felt like I had a phenomenal training camp. I feel like I picked it up in the third round, but I didn’t feel like I left it all in the cage. I still have yet to take the fighter I am into the cage.

“I took a six-month break to bring a part of me back. I needed the mental break to find myself again. I took some time to help with fundraisers. I took a trip to Brazil—not to train, although I did stop by gyms to see how they train—but I didn’t really do any serious training. I got to see their lifestyle. I spent a lot of time hanging out with some kids who look up to me.

“There are tons of kids out there who are in a bad place, suicidal, cutting… I have actually had a few parents reach out to me about their kids, and I get to spend time with some of these kids and just chill. My mom is [involved in] gymnastics and I was able to help when some of her athletes were having trouble with their outlook as athletes. I was able to send signed pics to kids, signed fight gear, and [do] guest speaking. It’s been great to be able to give back.”

Pennington is a fighter in every sense of the word. She was an athlete all through her childhood and high school career, playing basketball, softball, volleyball and cross country competitively. But she broke her back while snowboarding, which put her college dreams on hold.

“I dealt with it back then, and it was a huge and long recovery process,” she explained. “For a while, I would still get back spasms. But with the right people and treatments, my back feels 100 percent better. But if there is one weakness, [it’s] flexibility. I hate to stretch. I am probably the only person in the world who finds yoga stressful. I am trying to hold the position and it’s not relaxing at all, and the only reason I go to hot yoga is to get a good sweat and loosen my muscles. It’s hard to get those huge back muscles more flexible when you can’t bend it.”

Physically and mentally, Pennington is back. She is training with coach Marc Fiore at Altitude MMA and with the World Class Athlete Program, the training center for Olympic athletes. She doesn’t even have to leave her hometown of Colorado Springs, Colo., either. And she is ready to restart her career, which thus far has resulted in a 4-4 record.

“Now that I have come back from the break, I feel that this fight camp has been the best in my career. I found that passion again, and it’s fun going into the gym every day,” smiled Pennington. “The level of respect I have for these fighters is unreal. It’s very intense—I train with the best of the best in judo, [taekwondo], wrestling, boxing, Muay Thai. I think it’s dangerous for any girl to stand in front of me. Training with all of these different groups, getting the timing and mixing that with all that Fiore does, I feel like my training is just top notch.” 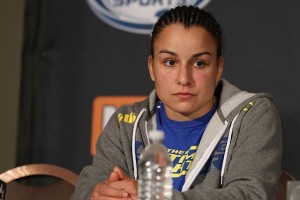 This Saturday, Dec. 6, Pennington was scheduled to showcase her skills and passion against boxing phenom Holly Holm at UFC 181, but an injury forced Holm to withdraw.

“Holly has done great things with boxing, [but] I just don’t feel that she has yet faced the top level in MMA,” said Pennington. “Don’t get me wrong, I am not taking away from any of her opponents or what she has done in any way. I was just excited. I mean, here I am coming off a long break after a loss and I get the fight that other girls wanted. Of course I am frustrated, but the injuries happen. I was preparing for one fighter—a boxer, a southpaw—now it’s a different fighter, but that’s the deal. You have to adapt. You have to be ready for anything on the big stage, and I think I am ready.”

Holm’s replacement is Ashlee Evans-Smith, another up-and-comer who isn’t afraid to take on tough opponents. Evans-Smith has a professional record of 3-0 with a brutal and speedy knockout over controversial fighter Fallon Fox.

“Yeah, she is a great athlete and I really am prepared for anything,” admitted the former The Ultimate Fighter participant. “I am not going to say that we will keep standing, because I know she is a strong wrestler in addition to being a great striker. But a lot of people don’t know that I have a phenomenal ground game. My knee injury forced me to stop training on the ground as much; I had to slow down my wrestling and jiu-jitsu a lot.

“I sunk in a triangle choke on JJ Aldrich at 1:43, and that is my lucky number. I have six subs and first place in tournaments in a lot of divisions, and I would love to be able to showcase that in this fight or any others. A lot of people think of me as a stand-up fighter because of my fight with Jessamyn [Duke] in the TUF house, but that is just one side of my game.”

If a farmer has a great year, they might call their yield a bumper crop. On Saturday night, Pennington will have a chance to show the world what a little rest, rejuvenation, passion and a lot of hard work can do.

Raquel would like to thank her sponsors: Dr. Tiffany Graham of Maximized Living, New Canvas Tattoo Removal, Woods Massage, Dynamic Fastener, Chiro Care and Tees in Time. She would also very much like to thank her coach, Marc Fiore, and WCAP, her teammates and sparring partners, David Payne, Coach Bartlett, her fans, family and friends. Follow Pennington on Twitter: @RockyPMMA