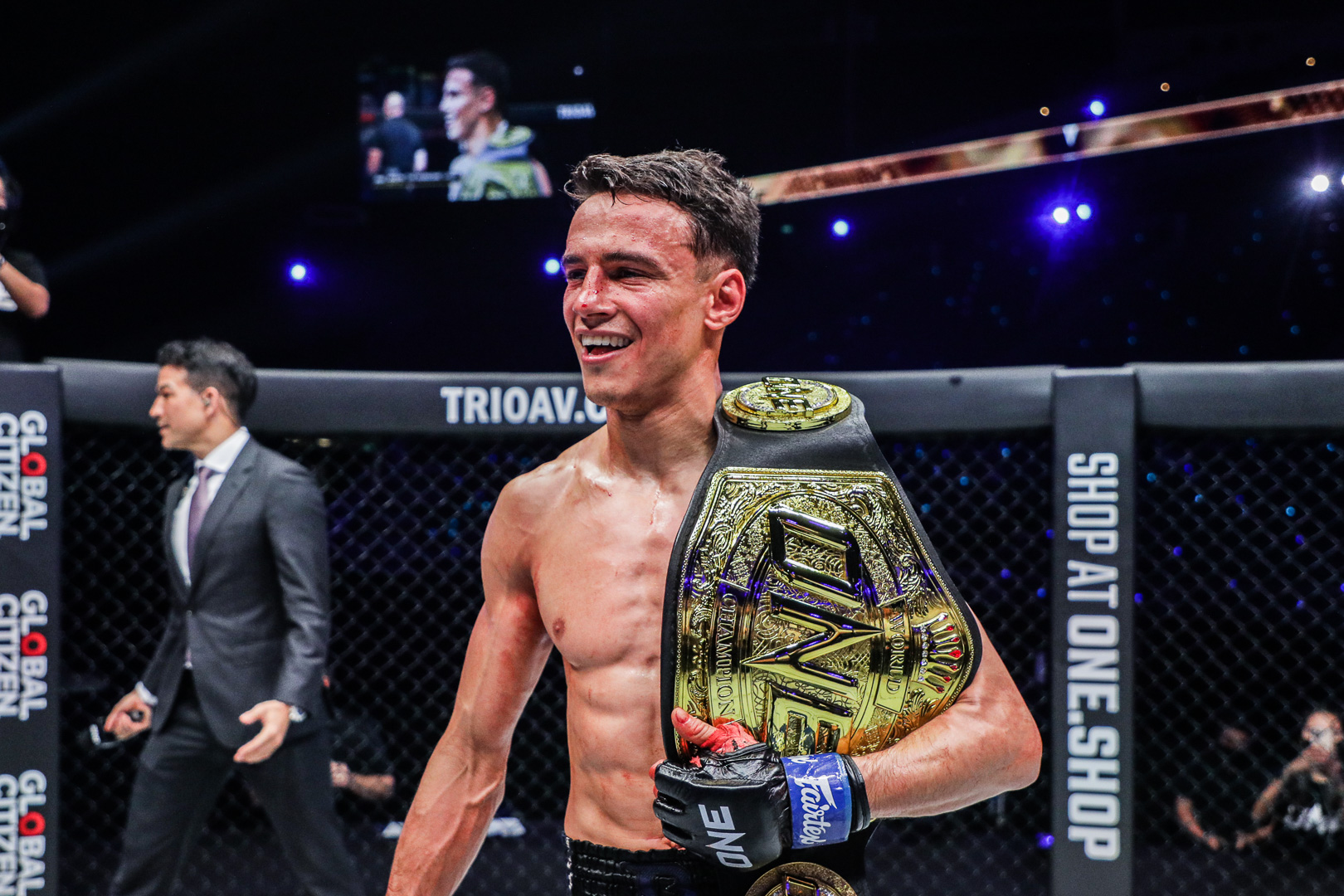 The story of Joseph Lasiri is an interesting one. The Moroccan-Italian was born in Monza, Italy in 1991. He is now the ONE Championship strawweight Muay Thai champion getting ready to fight one of the greatest kickboxers ever, Rodtang Jitmuangnon, for the flyweight belt only one fight later. But, his story was not a straight line.

“I was playing football when I was young, like until 16 years old,” Lasiri told Combat Press. “Then, one day I was passing in front of a Muay Thai gym, and I wanted to try it. I think Muay Thai chose me, and I fell in love with it. The first time I went inside that gym, I believed more in myself. I felt my improvement every day, so I started going every day until today.”

Lasiri is the third of four brothers, and the oldest and youngest never practiced martial arts. His second oldest brother competed in judo for a while, and was quite good, but he does not compete anymore. Joseph, however, continued to practice, and eventually made a career out of it.

While it’s hard to track down official records in the kickboxing, and specifically Muay Thai, world. Lasiri’s record is currently listed as 43-12 with 20 knockouts. And, even with such a great overall record, on paper, the last five years don’t really look that great. But hard work pays off.

In Jan. 2018, Lasiri made his ONE Championship debut against Sam-A Gaiyanghadao. In fact, in the following year, he would lose three more fights, bringing his ONE record to a dismal 0-4. However, things turned around in Mar. 2019 when he became the first and only fighter in professional history to defeat current ONE bantamweight kickboxing champ, Hiroki Akimoto, who former UFC and current ONE MMA champ Demetrious Johnson recently claimed was one of the greatest kickboxers to watch. It was a huge win for Lasiri.

The Moroccan-Italian would go on to flip back-and-forth between decision wins and losses until he faced Asahi Shinagawa in Dec. 2021. He ended the Japanese fighter’s five fight winning streak with a nasty TKO only two minutes into the first round. This was a huge win and put him into position for Prajanchai PK.Saenchai’s strawweight Muay Thai title at ONE 157 last May. The Thai fighter was on a three-fight winning streak, and Lasiri battered him so badly that Prajanchai could not return after the third-round, not only giving Lasiri the win by TKO, but also handing him his first ONE title.

“I did not go into that fight to waste my time. I was working hard every day, and it was like two training camps, because one was cancelled. I had two training camps for this fight. I went there for only one thing – to do my job.”

Well, Lasiri did his job to perfection, finishing Prajanchai, who had not been finished in his entire recorded career history going back to 2008. This was a huge win. Any normal fighter who first wins a belt would probably assume a subsequent title defense, but that is not how things went for Lasiri. The ONE brass saw an amazing performance by a guy who is just coming into his prime, and instead of offering a title defense, they offered him to level up and fight the current flyweight champ Rodtang and a chance to become a two-division champion. He obviously accepted, but he has kept his head down and continued to work his ass off. That fight takes place tomorrow night, live on Amazon Prime Video as the co-main event of ONE on Prime Video 4.

“I was thinking about the kickboxing belt. I saw the Chinese challenger, and thought I was fighting for the kickboxing belt. But, the call for Rodtang was more exciting. When I beat Prajanchai, it meant a lot to me. Now, I have another chance to beat a big fighter from Thailand. I’m very excited for this.”

Lasiri, while moving up a division, is riding a huge wave of momentum and confidence. A win over Rodtang would be life-changing, and it all goes back to those early days when he just happened to pass by a kickboxing gym.

“When I started Muay Thai, and practiced kickboxing too, I liked that you can see yourself and prove yourself,” Lasiri said. “When the fear is coming in front of you, you have a team. But when you go in the arena, you have to fight against you before your opponent. What I love is the satisfaction when I finish the fight – not about the wins or losses. This sport gives me a lot of confidence in myself. I will bring the fight of my life.”

ONE on Prime Video 4 airs in its entirety live on Amazon Prime Video with the lead card starting at 8 p.m. ET, followed by the main card at 10 p.m. ET.