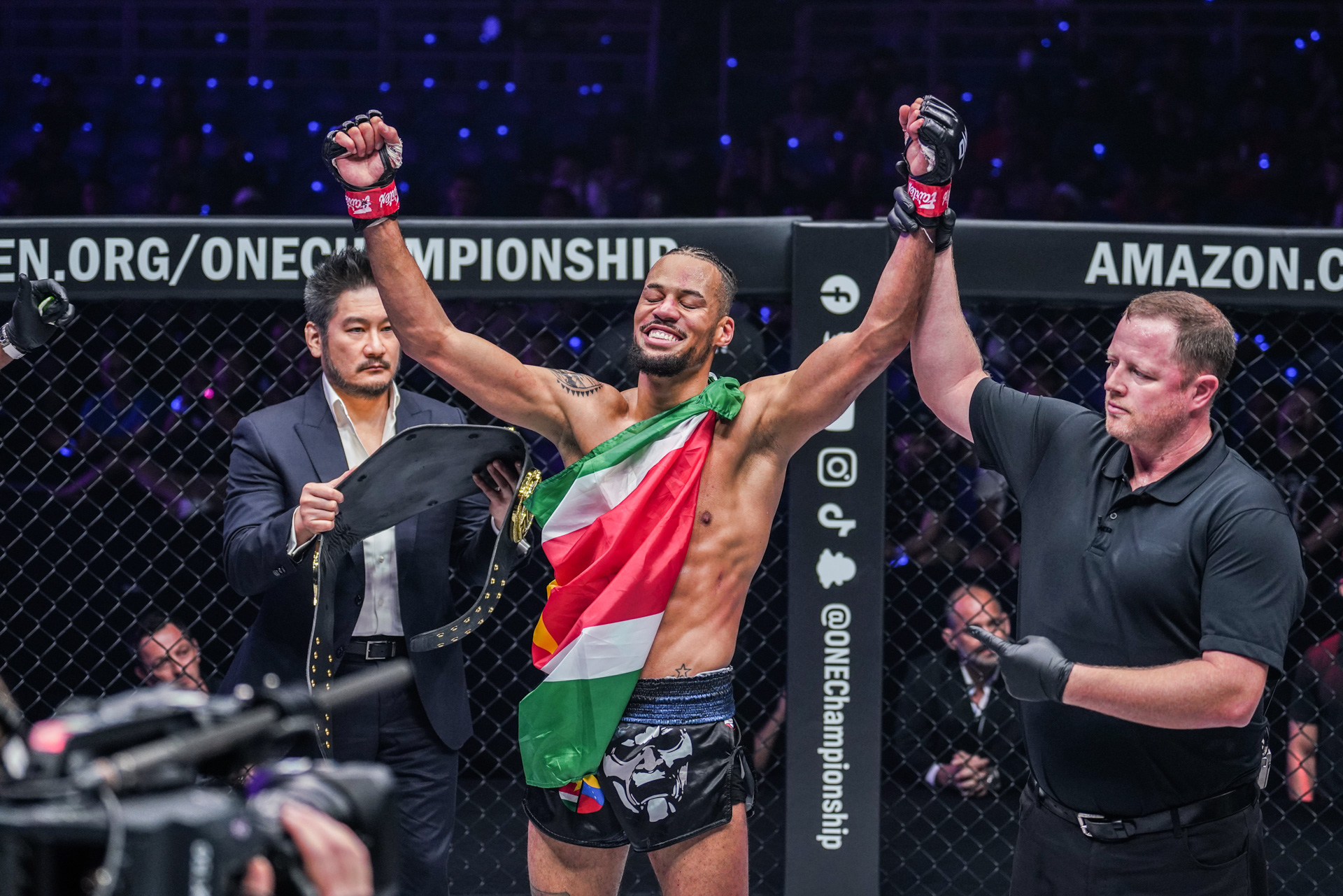 Regian Eersel continued to bolster his legacy in ONE Championship at ONE on Prime Video 3 on Oct. 21, by claiming the inaugural ONE lightweight Muay Thai championship to become a two-sport titleholder in the promotion.

The ONE lightweight kickboxing champion earned a tight split-decision win over striking sensation Sinsamut Klinmee in the co-main event of ONE’s latest live spectacle, but if you ask the Dutch-Surinamese superstar, there was never a doubt about who would leave the Circle with the Muay Thai strap.

“In my opinion, it wasn’t a close fight. If you saw the fight, I think the first two rounds, I was really testing him. And I think from the third, fourth, and fifth rounds I put the pressure, and you saw his face at the end of the fight,” Eersel said.

“The Immortal” was satisfied with his performance overall, and he detailed how his game went according to what he had planned. He admits he was prepared to make adjustments as the bout wore on but was able to stick to his A-game and walk away with the gold in the end.

“The risk of the thing, it’s already a risk to step inside the Circle, especially against Klinmee with small gloves. So you know, as I said before, it’s a challenge for me and when I have a fight I go with the game plan. You have to go with game plan A, game plan B, and game plan C. Game plan A worked and yeah, it was just, I’m just looking for holes in the first and second rounds, put on the pace from the third, fourth, and fifth rounds, and it worked. There’s always a risk to get hit but you have to take that risk, otherwise, you don’t get a performance like this,” Eersel said.

“I was feeling the leg kicks. And I was thinking okay, I have to block the leg kicks, otherwise, I’m going to get hurt in the later rounds. And I did, if you saw the fight. I did block the leg kicks in the third, fourth, or fifth rounds, and yeah, just head on with the game plan.”

Energized by the Kuala Lumpur crowd, Eersel hit his second gear in the championship rounds to pull away from the Thai athlete. Now at the head of the table in two sports, the Amsterdam resident is tasked with defending both straps.

But he doesn’t plan to hold up either division. He is looking to get back inside the Circle as soon as possible to continue cementing his legacy and new status.

“Two belts, it’s one of my life goals, and I did it. You have to call me champ-champ now,” said Eersel.

“I have no name. As I said before, ONE Championship [can] give me a name and I’ll be there. I’m not like really a high-fighter and challenge some people. I just want to fight, just give me a fight and I will be there. No name, just let me fight.”