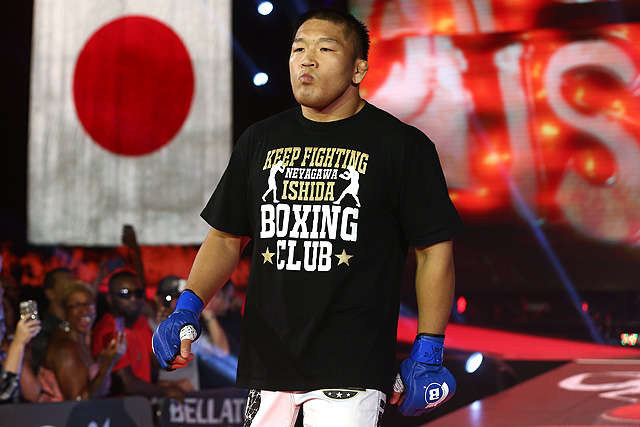 The third edition in the 2019 season of the Professional Fighters League features heavyweights and light heavyweights. One thing’s for certain: these two divisions will not see repeat champions.

At the heavyweight level, injury will prevent Philipe Lins from duplicating last year’s success. With Lins out of the mix, a crowded field will vie for the rights to the title and a nice, big payday. Kelvin Tiller, Jared Rosholt, Valdrin Istrefi, Alex Nicholson and Francimar Barroso return from the 2018 pack. They are joined by Mo De’Reese, who fought in the PFL last season but not as part of the year-long competition, and newcomers Satoshi Ishii, Zeke Tuinei-Wily, Ali Isaev, Denis Goltsov, Ante Delija and Carl Seumanutafa.

The third PFL show takes place at Nassau Veterans Memorial Coliseum in Long Island, N.Y., which also served as the home for the first two events of the season. The action kicks off with four fights on ESPN2 at 7 p.m. ET before switching to ESPN+ for the remaining bouts at 9 p.m. ET.

The 2018 PFL heavyweight champion, Philipe Lins, has bowed out of the 2019 season with an injury. Is there anyone in the field who can now be viewed as a clear front runner?

The 2018 heavyweight pack didn’t look particularly spectacular on paper heading into last year’s inaugural PFL season, but they performed beyond expectations. Lins placed third in the regular-season standings, which were topped by Francimar Barroso and Kelvin Tiller. Barroso was eliminated in the playoffs by Josh Copeland, who ended up dropping the championship contest to Lins, and Tiller was ousted by Jared Rosholt, who also lost to Lins. While Barroso, Tiller and Rosholt all have the potential to put together another strong run this year, they have some new competition.

There’s Satoshi Ishii, for one. The Bellator veteran went through some rough patches, but he has come out the other side as a strong journeyman veteran. Now 32 years old, Ishii has not suffered a loss through his last seven fights, dating back to mid-2017. His competition during this stretch has only been a notch or two below what he’ll see in the PFL. Ishii seems to finally have this MMA game figured out, and he could easily serve up a handful of submissions en route to a crown.

Mo De’Reese looked strong last year in victories over Leroy Johnson and Mike Kyle. The Ultimate Fighter 23 alum destroyed both men in the first round. Those two opponents are the only high-level competition the 31-year-old has seen, but it makes him a solid dark horse. He’ll just have to get past Tiller in his first fight of the season, which is a tough task. If he succeeds, he should be considered an early favorite.

Ali Isaev is another serious sleeper. He’s undefeated, but he only has four pro outings under his belt. He has spent his entire brief career with Fight Nights Global, but he oddly fought to a decision in his first two fights against fellow green opponents while finishing veterans in his two most recent bouts. The 35-year-old freestyle wrestler draws Valdrin Istrefi on Thursday night. Istrefi has a strong 13-2 record, but he suffered his first career loss to a mediocre opponent and could provide Isaev with a chance to make a statement early in the season. Isaev is a long shot to go all the way, but he could surprise people and deliver a breakout campaign.

The 2019 light heavyweight field is in a similar predicament. Sean O’Connell, the 2018 champ, is now retired and has joined the broadcast booth. Is Vinny Magalhães, the man who lost to O’Connell in the finals, the favorite to go all the way this season?

How’s the saying go? Always a bridesmaid, but never a bride? If there’s a male equivalent — always the best man, but never the groom? — then Magalhães is the living embodiment of it. The Brazilian’s name came to the forefront in his appearance on The Ultimate Fighter 8, where he recorded three finishes and advanced to the live finale, only to lose to Ryan Bader. He recovered nicely with a title run in M-1 Challenge, but stumbled to a 1-2 mark in a second go-around with the UFC. He couldn’t top David Branch in the World Series of Fighting and then ended a streak of four first-round finishes in the PFL with a championship loss to O’Connell. That’s harsh.

Yet, here we are. O’Connell is out of the picture, and Magalhães is at least a returning finalist. However, the Brazilian’s past trend seems likely to continue. That’s because Jordan Johnson joins the fray as the immediate favorite. The former Resurrection Fighting Alliance light heavyweight titleholder remains undefeated despite four appearances inside the UFC’s Octagon. He didn’t get a shot at the best the UFC has to offer, but he did hand out losses to the likes of Luis Henrique da Silva, Marcel Fortuna, Adam Milstead and Adam Yandiev. The MMA Lab fighter has already encountered plenty of competition on the level of what he’ll meet in the PFL, and he’s no worse for the wear. Maxim Grishin will give him a tough PFL debut test, but Johnson should see his hand raised.

We also cannot overlook Rashid Yusupov. The 27-year-old Russian was knocked out of the 2018 season after suffering a jaw injury in his fight with Rakim Cleveland, but he is otherwise undefeated at the professional level. Yusupov was on a strong run that included victories over fellow 2019 PFL light heavyweight Viktor Nemkov and longtime German prospect Stephan Puetz. He should outwork his first opponent, Mikhail Mokhnatkin, for a decision and pose a serious threat in this year’s field.

Zeke Tuinei-Wily is the man who replaces Philipe Lins in the heavyweight field. Will he be a factor this season?

Tuinei-Wily is a former NCAA Division I football player, and he’s only had four pro fights. The 31-year-old big man did beat The Ultimate Fighter 10 alum Darrill Schoonover in 2015, but Schoonover hasn’t been at his best for quite some time and Tuinei-Wily only won on a disqualification. The Battle Tactics Academy product also suffered a knockout loss to the debuting Dustin Clements. He spent nearly two years on the sidelines before returning earlier this year to top Diogo Santana. This resume is definitely nothing special.

He meets Satoshi Ishii in his first fight of the season, further damaging his chances of a big year. Ishii might be a rung below the best the UFC and Bellator have to offer, but he’s been in a groove lately. The Olympic gold medalist judoka should walk through Tuinei-Wily with ease, and plenty of the other heavyweights in this field will feast on this match-up too.