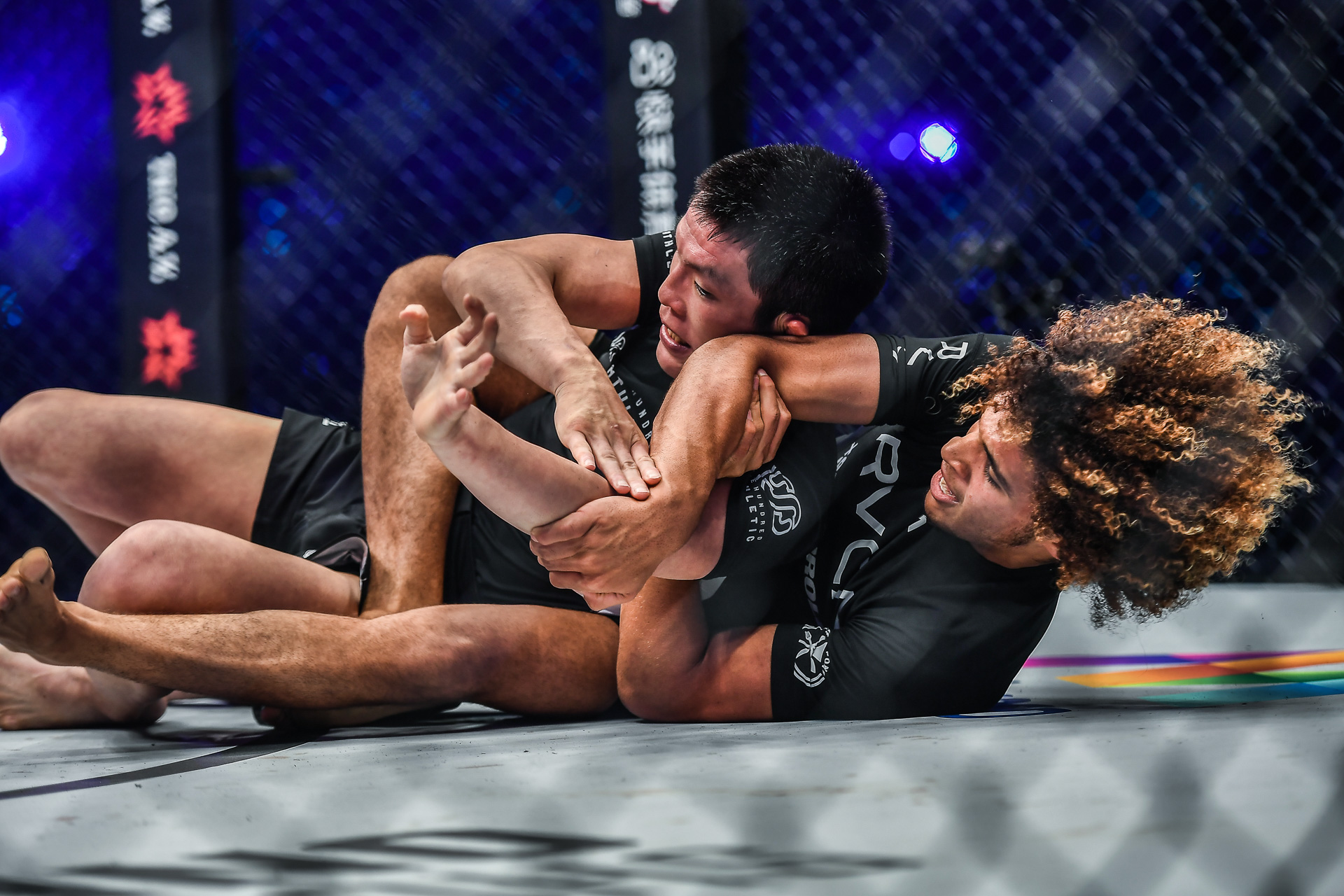 As the calendar turns over into fall, grappling phenom Kade Ruotolo is looking to keep his historic 2022 campaign rolling at ONE on Prime Video 3: Lineker vs. Andrade on Friday, Oct. 21, in Kuala Lumpur.

Ruotolo will return to ONE Championship’s global stage to compete for the inaugural ONE lightweight submission grappling championship against Uali Kurzhev.

In September, the American Brazilian Jiu-Jitsu expert became the youngest-ever ADCC champion, which has helped to further his reputation as one of the most dominant stars in the world of submission grappling.

The historic win still hasn’t fully sunk in for the young gun, who remains shocked at the support he has received since winning the World Title.

“To be honest, I don’t know if it’s still sunken in. It’s been an unreal feeling. I’m still getting messages every day and clips getting tagged in different posts every day. And it’s been unreal, the support and just the emotions, the feelings. Everything from that day was unreal,” Ruotolo said.

With the dust still settling from his latest victory, the 19-year-old sensation has been putting his full attention into his upcoming battle at ONE on Prime Video 3 – and for good reason.

Kurzhev will present a very different challenge to what Ruotolo is used to. The Russian powerhouse is a noted sambo expert with excellent strength that could curtail the American’s attacking style, and he hasn’t tried to hide his inexperience in the grappling art of his opponent.

“Almost zero [experience], from what I recall, To be honest, I can’t even remember. Just a teammate that’s a sambo guy that I’ve trained with. So it’ll be definitely interesting to see what he throws at me. I know they’re basically like wrestlers with leg locks,” Ruotolo said.

“So, it’s intriguing, because I feel like those are kind of the main pillars, the main things you need in the ADCC, you know what I mean? Wrestling is so important in the ADCC, and then you see a lot of the wrestlers’ kryptonite being leg locks. So that would definitely be pretty interesting to see where his weakness will lie in and where I’m going to find that window.”

Ruotolo is extremely confident in his leg lock defense, however. The 19-year-old star says that he spends half of his training defending various leg locks, and the years of drilling have improved his counterattacks to the submission attempts.

The newly crowned ADCC champion knows there will be a clash of styles to see who can earn the takedown, and their World Title tussle will stand as the newest chapter in the heated rivalry between BJJ and sambo.

Ruotolo is happy to be the one showing up for his sport in such a historic bout, and he admits that he may feel a certain weight on his shoulders when he the Circle door closes on Friday night.

“That’s exactly what my brother [Tye] told me. He goes, ‘Hey, you’re representing jiu-jitsu in this one. So you better hold it down.’ So I kind of laughed it off not to add any more pressure, but it’s a guarantee I think I will feel a little pressure on my shoulders to hold it up for jiu-jitsu. I feel like I’m going to probably feel the same thing as I enter into MMA, you know?” Ruotolo said.

As for a prediction, the Atos Jiu-Jitsu star is confident that he can implement his go-to game plan to take home the gold before the final bell.

“I kind of have the same goal for every match: takedown, pass, submit. Prediction-wise, he’s going to come at me with some good wrestling, and I’m going to come at him with the same. I wouldn’t be surprised if I get him in a front headlock d’arce or something like that. If that doesn’t work, I think I’ll probably end up looking for those legs,” Ruotolo said.