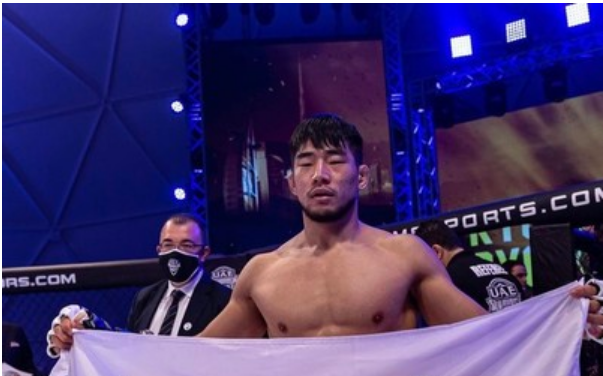 Below is a preview of the lightweight tournament participants.

A wrestler from South Korea, Kyung Pyo Kim is a guy who could be a threat in this tournament. He’s shared the cage with current UFC contender Arman Tsarukyan back in 2017, falling by unanimous decision. His ground game is fantastic, possessing the aforementioned wrestling with solid ground-and-pound, as well as a good arsenal of submissions. He’s coming into this tournament coming off a loss, but it was to the strong Russian prospect Timur Nagibin. He’s got quality experience and a solid skill set.

Although undefeated at 5-0 coming into this tournament, Anshul Jubli has to be considered the longshot. A pro since just 2019, he has spent his time in the Indian regional scene under the Martix Fight Night banner. The competition level in India is quite low at this point, and although there is another fighter from India in this tournament field, the other Indian fighter has more quality experience. Perhaps I am underselling Jubli, but he has a tall hill to climb.

The dark horse here is China’s Bala Jin, an experienced finisher known for his submission game. His biggest wins come over the infamous “Krazy Horse” Charles Bennett and WEC veteran Muhsin Corbbrey, so he has taken on guys with name recognition. He’s not lost since 2017, so he’s on a major streak and he has a cage-time experience over many guys in this lightweight bracket.

Won Bin Ki is an experienced Korean fighter that has fought in various top Asian organizations in South Korea and Japan. His striking is solid and he is a known finisher. He has been in combat with notables such as ONE Championship champ Ok Rae Yoon, top prospect Mansour Barnaoui and PFL Challengers vet Bruno Miranda.

Pawan Maan Singh is just one of two fighters from India represented in the four Road to UFC tournaments. The Super Fight League veteran has finishes by both knockout and submission, though it seems his submissions are more his thing.

Asikerbai Jinensibieke is hands down the most experienced fighter in this field of fighters. The 42-fight veteran stays very busy, considering he’s been a pro since 2015 (averaging six fights per year), many of which have come under China’s three biggest promotions WLF WARS, Kunlun Fight and JCK. He’s even been in the cage with UFC veteran Tommy Hayden.

Patrick Sho Usami is a good sized lightweight and just 22 years old, making him the youngest guy here. Usami has a boxing background, meaning he’ll be a respected striker in this field. He’s another longshot, though, and enters this tournament coming off a loss.