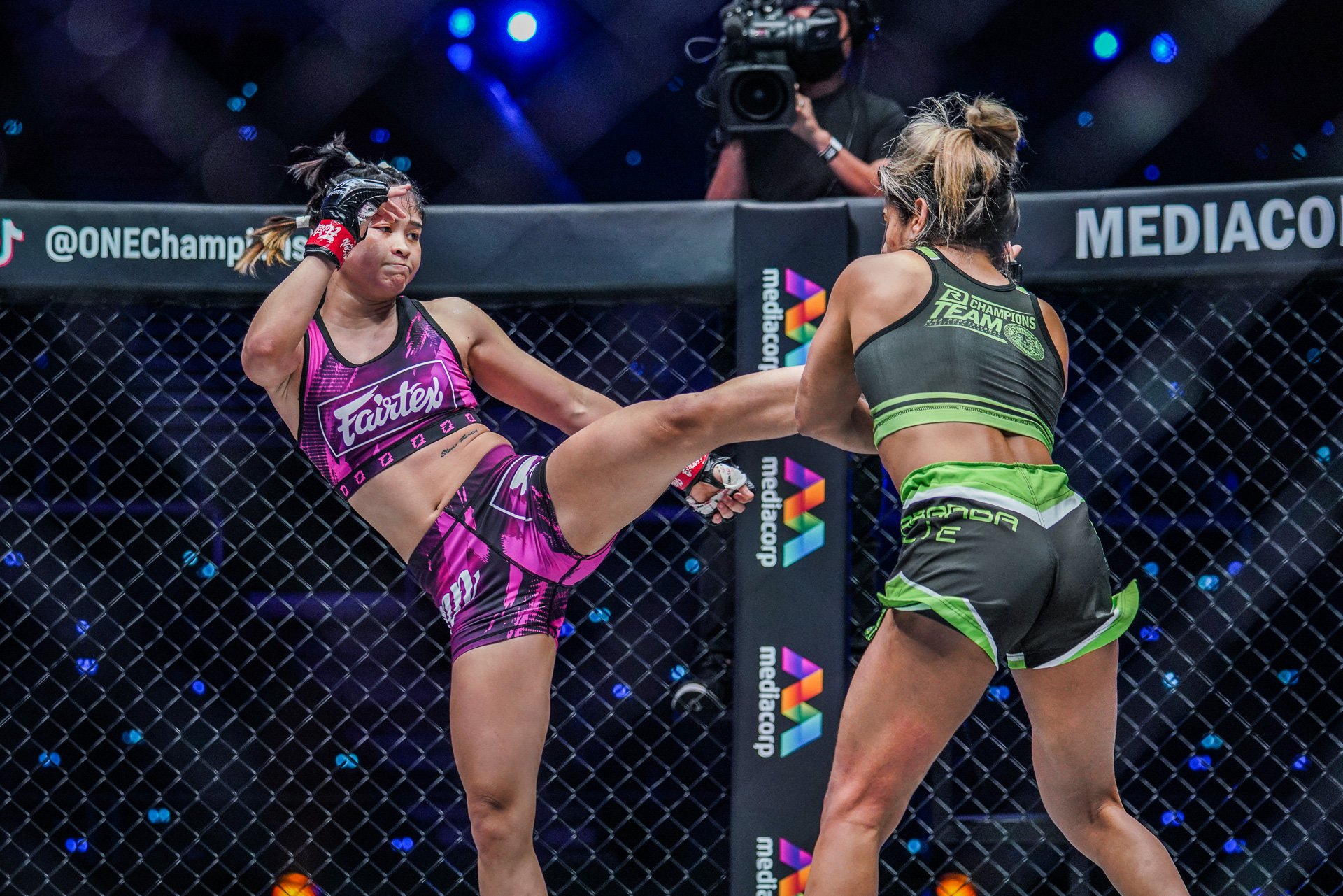 Stamp Fairtex and Ritu “The Indian Tigress” Phogat, two of the fastest-rising stars in all of martial arts, have seemingly been destined to meet in a high-stakes battle since their debuts on the global stage. Now, as ONE Championship nears the end of its 2021 calendar of events, these budding superstars will stand opposite each other for the first time.

The former two-sport ONE World Champion and the Indian wrestling sensation face off in the ONE Women’s atomweight world grand prix championship final inside the Singapore Indoor Stadium on Friday, Dec. 3, at ONE Championship: Winter Warriors.

Their journeys to the final have been fascinating to watch unfold and began in the quarterfinals of the historic tournament at ONE: EMPOWER in September of this year, where Phogat met then number-two ranked atomweight contender Meng Bo, and Stamp had a rematch with Alyona Rassohyna.

“The Indian Tigress” faced a tough battle against the hard-hitting Bo, an early favorite to win the grand prix, and she was nearly finished in the very first round. However, Phogat dug deep and regained her wits, showed her toughness, and came back to dominate the remainder of the bout on course to a unanimous decision victory and a place in the semifinals.

Stamp stood with her Ukrainian opponent and equaled her tough grappling, showcasing her impressive growth as a mixed martial artist. The Fairtex athlete scored a tight split decision win after three hard-fought rounds of action and avenged her sole mixed martial arts loss in the process.

The next round of the grand prix took place at ONE Championship: NextGen in October, and both women used their matches to exert their dominance and set the stage for the tournament’s epic conclusion.

Phogat showcased her wrestling skill to control Jenelyn Olsim throughout their bout. The Evolve MMA star nullified her opponent in each round while displaying the elite grappling that led her to win Commonwealth Games gold prior to making the switch to mixed martial arts. Another unanimous decision win punched her ticket to the final and cemented her as one of the best female fighters in the business.

Stamp was just as dazzling in her matchup against Brazilian upstart Julia Mezabarba. She was in control of the tone and pace of the action throughout, and when they hit the mat, the Thai repeatedly scored the dominant position. She took home a unanimous decision win before welcoming Phogat to the center of the Circle for a face-off to announce the final lineup.

The conclusion of this incredible tournament is set to be an epic battle of striker versus grappler. Both women excelled in different sports before turning to mixed martial arts, and since making the switch, have developed well-rounded skill sets and asserted themselves in the atomweight division. Now they face their greatest test, and it will either be Stamp’s dangerous striking or Phogat’s intricate wrestling that wins out.

With the coveted silver belt, as well as a shot at “Unstoppable” Angela Lee’s ONE Championship women’s atomweight world title on the line, both women will be giving everything they have this Friday at ONE Championship: Winter Warriors.

ONE Championship: Winter Warriors will air live and free on YouTube starting at 7:30 a.m. ET on Friday, Dec. 3.