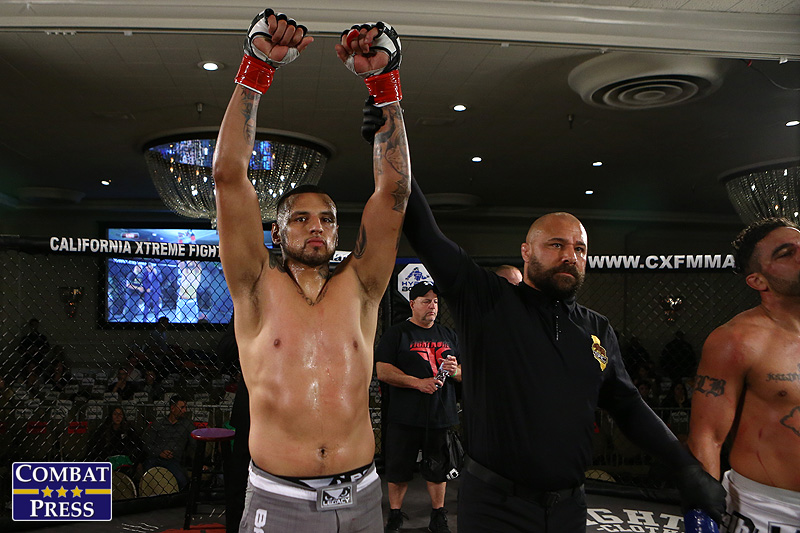 The third quarter of 2021 has come a close after providing an incredible three months of UFC fights. As we dart into the final quarter of the year, let’s revisit some of the most prolific names that took to the cage during July, August and September.

Despite a late start to his UFC career, Daniel Rodriguez has undeniably become one of the best welterweights in the UFC today. The 34-year-old California native made his UFC debut back in Feb. 2020 when he stunned fans with an impressive submission victory over longtime veteran Tim Means. Since then, the number-15 ranked welterweight has compiled a 5-1 UFC record, which includes victories over Mike Perry and, most recently, Kevin Lee. Rodriguez picked up two wins in the third quarter of 2021, which included a first-round knockout of Preston Parsons and the impressive decision win over Lee. He remains one of the few professional mixed martial artists to pick up two victories in the last three months, and he looked great doing it. Rodriguez will look for a top-15 opponent in his next UFC outing in an effort to continue his climb up the welterweight rankings.

There are many mixed martial arts fans who still hold great disdain towards Dillashaw due to is voluntary use of erythropoietin (EPO). This ultimately led to a lengthy suspension and the eventual stripping of his UFC bantamweight title. Many wondered how the former 135-pound champion, who was widely considered one of the greatest UFC titleholders of the modern era, would fare without the use of performance-enhancing drugs (PEDs). His comeback fight came to fruition on July 24, when Dillashaw met top-ranked bantamweight Cory Sandhagen in a thrilling five-round main event.

Despite being considered one of the most competitive and closely contested matches in the last five years of his career, Dillashaw was able to dig deep and use his versatile movement, aggression, and relentless cardio to deliver a split decision victory over Sandhagen. It was one of the more impressive returns to the Octagon we have seen and ultimately proved that Dillashaw still had what it takes to perform at the highest level, even without the use of PEDs.

Dillashaw quickly regained a top-three ranking after defeating Sandhagen, and he sits comfortably at number-two in the bantamweight rankings. Had he not suffered a knee injury in his return bout, Dillashaw would have likely been the favorite to replace current UFC bantamweight champion Aljamain Sterling in the co-main event of UFC 267 for the interim title on Oct. 30. Instead, the former champion will take until the early part of 2022 to heal up and will probably find himself in a title eliminator bout.

It is a fact that Vicente Luque is one of the top-five most exciting UFC fighters currently active today. The former Blackzilians standout stole the hearts of many UFC fans on The Ultimate Fighter: American Top Team vs. Blackzilians, and he has quickly established himself as a welterweight wrecking ball. Luque is capable of knocking out or submitting any fighter who dares to stand in his way. The native Brazilian has established a 14-3 record since joining the promotion, which includes victories over Niko Price, Mike Perry, Randy Brown, and Tyron Woodley. However, it was Luque’s most recent victory over Michael Chiesa on Aug. 7 that truly landed him in the top five of the UFC welterweight rankings. Instead of succumbing to powerful ground game of Chiesa, Luque was able to turn the tables on the outstanding grappler and deliver a submission victory of his own. That first-round D’Arce choke earned him “Performance of the Night” honors. The fourth-ranked contender is one of the few names current champion Kamaru Usman has yet to face and that would surely make for an exciting bout, as they were former Blackzilians teammates.

Ever since suffering back-to-back losses to Ronaldo “Jacare” Souza and middleweight champion Israel Adesanya, Derek Brunson has been proclaimed as a middleweight gatekeeper with little-to-no chance of ever competing for the UFC middleweight championship. Instead, he has continued to surprise fans every single time he steps into the Octagon, which has resulted in a five-fight winning streak and a number-four middleweight ranking. Brunson began his campaign back in 2019, when he took out Elias Theodorou and Ian Heinisch. This led to a high-profile main event bout against up-and-comer Edmen Shahbazyan where Brunson efficiently shut down the young competitor’s hype. He earned himself a TKO win in the third round. Brunson then followed up that win with a dominant decision victory over Kevin Holland in Mar. 2021 and started to climb the middleweight rankings yet again.

It was Brunson’s Sept. 4 performance against Darren Till, however, that truly established him as one of the top middleweights in the UFC. Brunson used a clear and precise strategy to negate the powerful Muay Thai attack of Till, before earning himself a submission victory in round three. Fresh off a huge victory and oozing with confidence, Brunson now finds himself in a title eliminator bout against Jared Cannonier, which will allow him to secure the one thing he wants more than anything in this world – a rematch with rival Adesyanya.