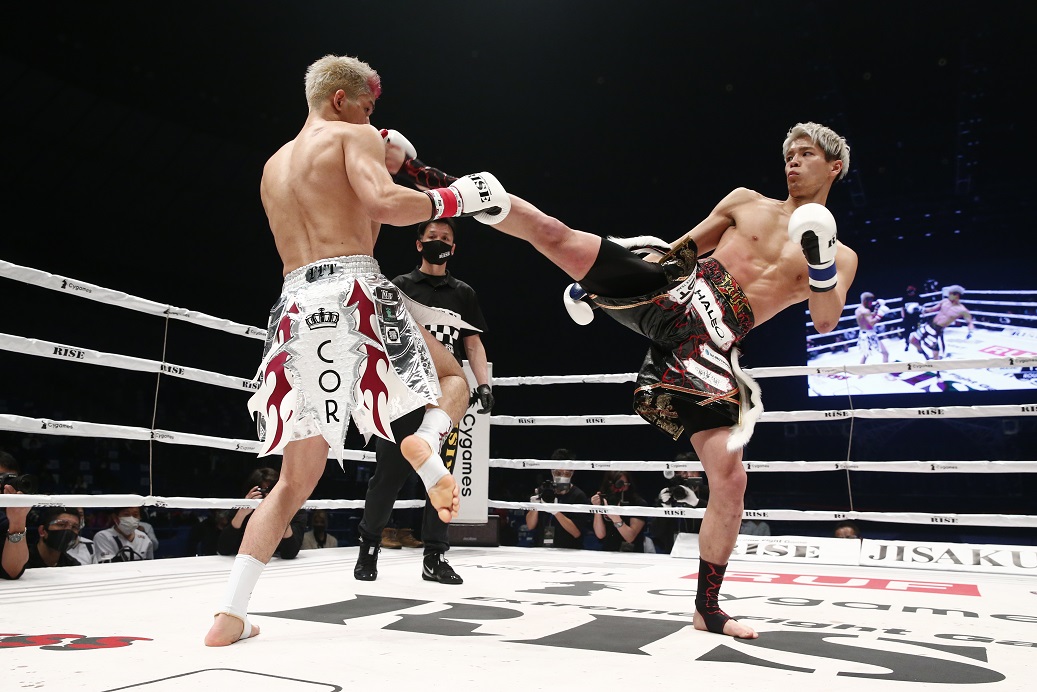 The heavyweight division is the first to see major changes due to inactivity. Previously, fighters lost eligibility to be ranked if they hadn’t competed in the past 18 months. Due to the unique circumstances surrounding the COVID-19 pandemic, the timeframe was extended to allow competitors to be ranked who were active in the past two years. One fighter who returned to the ring after a long layoff was Zabit Samedov, extending his winning streak to 19 following a second-round knockout over Olutobi Ayodeji Kalejaiye at M1 Fight Night. Samedov keeps his position in the heavyweight rankings with the victory. Former GLORY title challenger Jamal Ben Saddik and K-1 heavyweight champion Roel Mannaart drop from the top 10 due to their inactivity. There were multiple fighters just outside the top 10 who were considered for the two open spots, including Antonio Plazibat and Ismael Londt. However, the two fighters who enter the heavyweight rankings are Nordine Mahieddine and Fabio Kwasi. Although Mahieddine and Plazibat have split fights in the past two years, Mahieddine owns the most recent win, even if the extra-round split decision was a contentious one. Kwasi returns to the heavyweight rankings for the first time since September of 2018, following three victories in one night during the OSS Fighters heavyweight tournament.

A collection of former GLORY welterweight champions and challengers drop out of the top 10 for various reasons. Murthel Groenhart announced his retirement shortly after dropping his bid to become a two-time champion against Cédric Doumbé at the beginning of this year. Former title challenger Nabiyev hasn’t competed since failing in his GLORY title bid against the aforementioned Doumbé in June of 2019. Harut Grigorian has competed in the past 18 months, but hasn’t won a fight in 30 months, so he joins his fellow former GLORY alums outside the top 10 until they compete again. As for the movement in the division, both Dmitry Menshikov and Mohamed Mezouari remain in the rankings because they are scheduled to fight at GLORY 78 in September. Former Enfusion 80-kilogram champion Robin Ciric makes his debut in the rankings following a nine-fight winning streak that dates back to 2018. Decorated Muay Thai champion Yohan Lidon makes his return to the rankings following wins in eight of his past nine bouts. Finally, the 10th spot was up for contention due to a number of factors, but names like Sher Mamazulunov, Yuri Bessmertny, Karim Ghajji, and Musa Saltaev were all considered based on their recent resumes.

The lightweight division features two new members following changes due to inactivity. Former Kunlun Fight World Max tournament champion Dzianis Zuev returns to the top 10 on a four-fight winning streak. Former two-time GLORY title challenger and upcoming vacant title fight participant Tyjani Beztati makes his debut in the lightweight rankings. Jonay Risco and Davit Kiria have dropped out of the top 10 because neither fighter has won in over two years.

Fourth-ranked Wang Pengfei continued his undefeated 2021 with a decision victory over Hu Yafei at Wu Lin Feng 520 to extend his winning streak to six, which includes wins over three top-10 opponents. Sixth-ranked Jia Aoqi continues to rebuild his resume following a rough stretch of four losses in five fights after winning the 2019 67-kilogram WLF World Cup. Aoqi earned back-to-back wins in the 67-kilogram contender league following a decision victory over Er Kang. Eighth-ranked Tie Yinghua returned to the win column against youngster Xu Jian at the same event. The former two-division WLF champion scored his ninth win in his past 10 fights with the decision victory. Formerly ninth-ranked Jomthong Chuwattana drops out of the rankings due to inactivity under kickboxing rules, which makes way for Lumpinee champion Tawanchai.

The featherweight division featured a couple of changes with one perennial top-ranked fighter and a former two-time Tatneft Cup champion leaving the top 10. Kaew Weerasakreck has competed inside of the 18-month competition window, but his controversial losses to Rukiya Anpo leave him without a win since November of 2018, where he won three fights in one night. As for Ulianov, his solid resume of wins wasn’t enough to keep him in the rankings because he hasn’t won a fight in over two years. In their places enter Eddy Naït Slimani and Kosei Yamada.

Dropped from the rankings: Kosuke Komiyama (4)

Formerly top-ranked super bantamweight Taiju Shiratori made his return to the bantamweight division and the rankings following two wins in one night to capture the four-man kickboxing tournament at Rizin 29. Shiratori rebounded from back-to-back losses with a first-round knockout against Ryo Takahashi in the opening round. He then moved on to face former K-1 title challenger Kouzi. Shiratori put on a great performance against Kouzi to earn his 14th win in his past 16 fights and fourth place in the bantamweight rankings. With Shiratori’s entrance into the rankings, fourth ranked Kosuke Komiyama drops out of the division due to inactivity.

The super flyweight division featured a number of major changes due to inactivity, fighters moving up in weight, or even changing sports. One of the biggest changes in the division comes due to Yuuki Egawa’s intentions of moving up a weight division in pursuit of his second K-1 world title. Egawa had his seven-fight winning streak ended when he lost back-to-back contests against second-ranked K-1 titleholder Tatsuya Tsubakihara. The highest-ranked newcomer, Krush featherweight champ Takahito Niimi, scored a 16-second knockout to avenge his loss to Keito Okajima. He scored his fifth straight win with the knockout victory. Big Bang 58-kilogram champion Masaki Takeuchi enters the rankings in the fifth spot following five straight wins and a huge victory over Keisuke Monguchi, who also makes his debut after amassing a record of 9-1-1 with victories over Ryuji Horio and Tatsuki Shinotsuka. TOMA joins the top 10 following a 7-1 record at just 18 years of age. He holds a victory over Niimi, Big Bang 55-kilogram champ Yusho Kamemoto, and skilled veteran Namito Izawa. Masahide Kudo comes in at eighth following wins in four of his past six fights. The former RISE 58-kilogram champion holds wins over Tatsuki Shinotsuka, Thalisson Gomes Ferreira and Kanta Tabuchi. Gunji Taito debuts in the super flyweight division following back-to-back wins at 57.5-kilograms against Kamemoto and Riku Morisaka. Taito was previously ranked in the flyweight division prior to moving up a weight class. Lastly, Tatsuki Shinotsuka makes the rankings on the back of seven wins in his past eight fights, including a victory over former Krush champion Kaito Ozawa. A big thanks to @8Ulysse on twitter for helping with the rankings process for the super flyweight division

Dropped from the rankings: Sitthichai Sitsongpeenong (9)

Sarel de Jong moves up one spot in the rankings following a first round knockout over Lucy Mudrochova in Beograd.