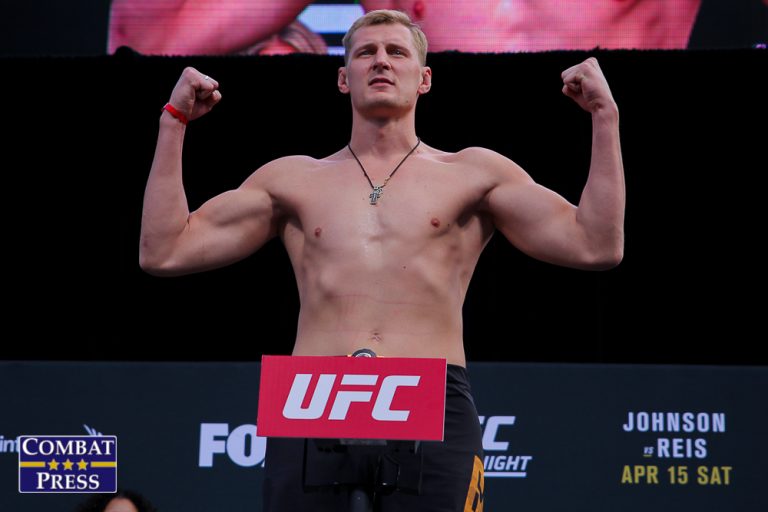 On Saturday, June 26, the UFC will host UFC Fight Night: Gane vs. Volkov from the UFC Apex in Las Vegas.

In the night’s main event, heavyweight contenders lock horns as Frenchman Ciryl Gane takes on former Bellator champion Alexander Volkov in a five-round affair. Gane has opened his career with eight straight victories, including five inside the Octagon. Volkov, meanwhile, enters the bout riding the momentum of back-to-back knockout wins over Alistair Overeem and Walt Harris.

The fighters hit the scales on Friday, June 25.