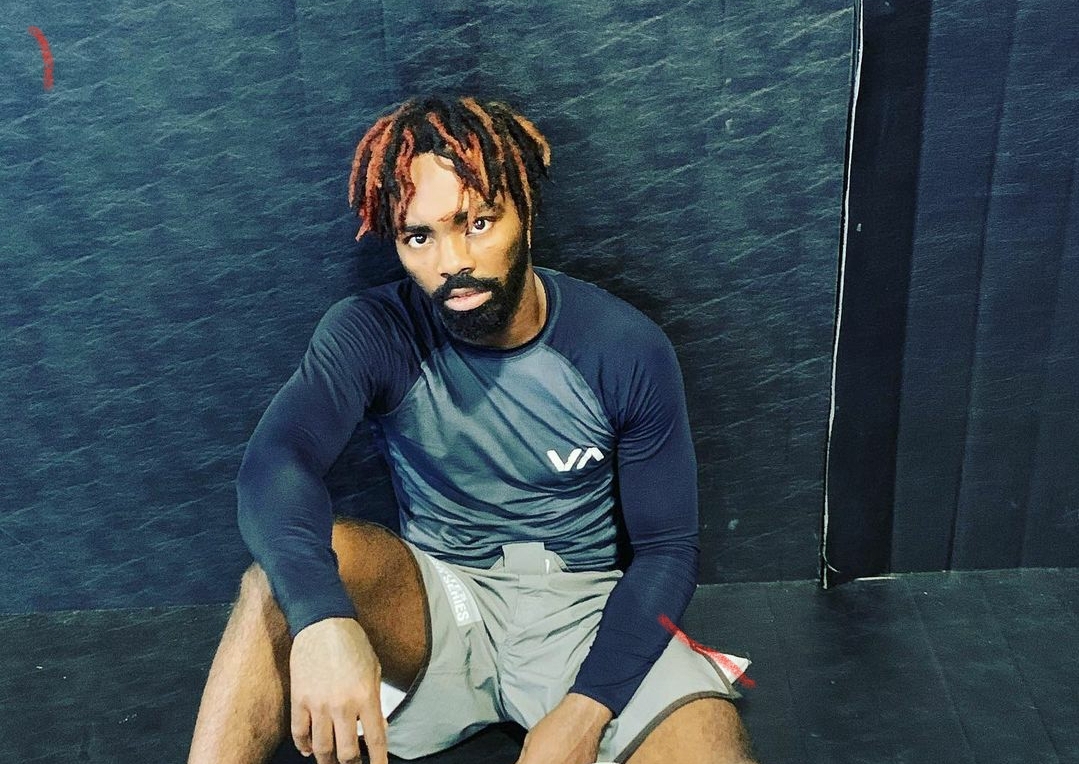 Growing up in certain urban areas can be tough. We’re talking life-or-death tough. One particular city that has gotten a lot of media attention in the last decade is Chicago. It’s commonplace to see a dozen or more murders reported there over the course of just one weekend. Last year, on May 31, 18 people were murdered in Chicago in just one day.

Legacy Fighting Alliance flyweight Nate Smith has had a lot of experience in this environment. He grew up on the west side of Chicago, in a particularly violent area. Eventually, he just had to get out.

“It’s a different world,” Smith told Combat Press. “I can tell you that much. It’s something that I wish no one had to endure, not even as a child. No one should have to be wondering if today is the day you’re going to die.”

After a successful Greco-Roman wrestling career in high school, including a national championship and a spot on the U.S. Junior Olympic team, Smith made his way out to Iowa for community college. He then moved across the Missouri River to Eastern Nebraska to finish up college. Next, he made his way to Denver, where he currently resides.

“I went to Midland University in Fremont,” said the Chicago native. “From there, I did a year of graduate school at [University of Nebraska-Omaha].

“I don’t have to look over my shoulder every 10 to five seconds. Let alone, I don’t have to worry about any negative mischief. You know, granted, that is everywhere you go, but, in that same sense, I had to make that transition. I had to leave Chicago to better myself, to better my life, and to show an example to my siblings, because I’m the oldest out of nine.”

Smith didn’t live in Nebraska for very long, but those years ended up being some of the most important in his life. It was there that he was introduced to professional combat sports.

“When I moved from Iowa, I was already training back and forth, and I met [Anthony Smith, no relation] through my striking coach, Danny Molina,” Nate said. “It was during that transition when I was 16. I was wrestling at the time, but I was playing around with mixed martial arts, just to learn the techniques. Anthony saw something in me and just kind of took me under his wing. Ever since that day, he’s always been a big brother to me. He’s always been on my nerves. He talks a lot of crap, as usual, and I still know the passcode to his garage, so I can go get a beer out of his fridge.”

Anthony had trained at a few different gyms in Omaha before transitioning to Factory X Muay Thai in the Denver area about five years ago. He still resides in Omaha, but spends his training camps in Colorado. Nate spent some time in Colorado Springs at the U.S. Olympic Training Center during his Junior Olympic days, so he decided to join his “big brother.”

“We were going back and forth from Omaha to Denver,” Smith said. “So, I made that decision one day. I was upping my game. I was beating everyone in the Midwest, but it was getting to that point that I needed to be ready for that global scale.”

Three years ago, Nate moved his family to Denver. He immediately immersed himself in the Factory X fight team and continued his undefeated run through the end of 2019. He then made the switch to the Elevation Fight Team in early 2020.

At LFA 82, Smith improved his record to 5-0 with a second-round TKO of Sean Stebbins. After a six-month hiatus through the early days of the COVID-19 pandemic, he returned in September with Dana White’s Contender Series, where he fought former LFA flyweight champion Jimmy Flick. Flick won the match with a third-round submission.

This may have been the first loss of Smith’s professional career, but it was not his greatest loss of 2020.

“Sadly, I had to bury one of my siblings, my baby brother, not even four months ago,” Smith said. “I’ve kind of been through some rough patches, but it’s what you do afterwards. It’s how you move forward.”

Smith’s brother was a victim of Chicago’s violence. It was a stark reminder of the past that Nate had tried to escape.

“I had to identify his body,” Smith explained. “We’re still currently dealing with the homicide unit, because there was a connection between my brother and my cousin, who was killed the very next day by the same three individuals. They only caught two, because the other one is hiding, but I hope they catch him.”

Smith actually knows one of the suspects. It’s a deep pain that may never subside, but it is also one he will carry into the next stage of his career.

“The first time he saw one of my fights was when I fought in LFA last year in February,” said Smith. “That was before he turned 20 later on in March. He wanted me to win a title, and that was his first time being at the fights. Not only did I have to bury him, but I had to turn down a second invite from the Contender Series because of that.

“I had to regroup and just understand where I’m at. He would be pissed if I just sat down and didn’t do anything. From there, I just constantly grew and became a different person. That was my baby, and I had to raise him. It breaks my heart that I couldn’t be there to save him. I wish that upon no one. When you’re the oldest brother, it’s your job to protect your siblings.”

Smith will now carry his brother’s memory with him to the LFA cage for a new opportunity. Less than two weeks ago, the company tabbed him as a late-replacement opponent for Victor Altamirano in a bout for the vacant flyweight title. The fight headlines the LFA 100 card on Friday evening at the Hartman Arena in Park City, Kan.

“I’m going in that cage as a different man,” said Smith. “I am going to tear Victor up. Granted, he earned his spot. He earned my respect on getting this shot himself. But, in that same sense, there are levels in that statement. I know what I’ve seen, especially with the best guys in the room at bantamweight and at flyweight, so I know where I stand. I’m coming in there, and I’m leaving with that belt. That’s exactly how the hell I feel.”

Nate carries much of the same mentality as his friend and mentor Anthony. While the two grew up in very different parts of the Midwest, there is one aspect of the game that resonates through both of them. It’s that never-quit state of mind.

“Growing up in Chicago, you’ve got to build a tough skin and a tough mentality,” Smith explained. “If you don’t, it will break you, and it could cost you your life. I had to adapt. I had to grow up early. I had to do a lot of things to work on my mental[ity], or I could have been broken. Having that Midwestern style — we break people; we don’t get broken — that’s how I’ve been living my life ever since then. I’ve been transitioning that into my fights to show I refuse to quit. I’d rather die on my sword and my shield than just give up.”

Smith could have curled up in a ball and quit. He didn’t. He has a five-year-old daughter to support, an educated head on his shoulders, and a bright future in front of him. On Friday night, he has the opportunity to make his brother proud by walking out of the LFA cage with a title belt in hand.