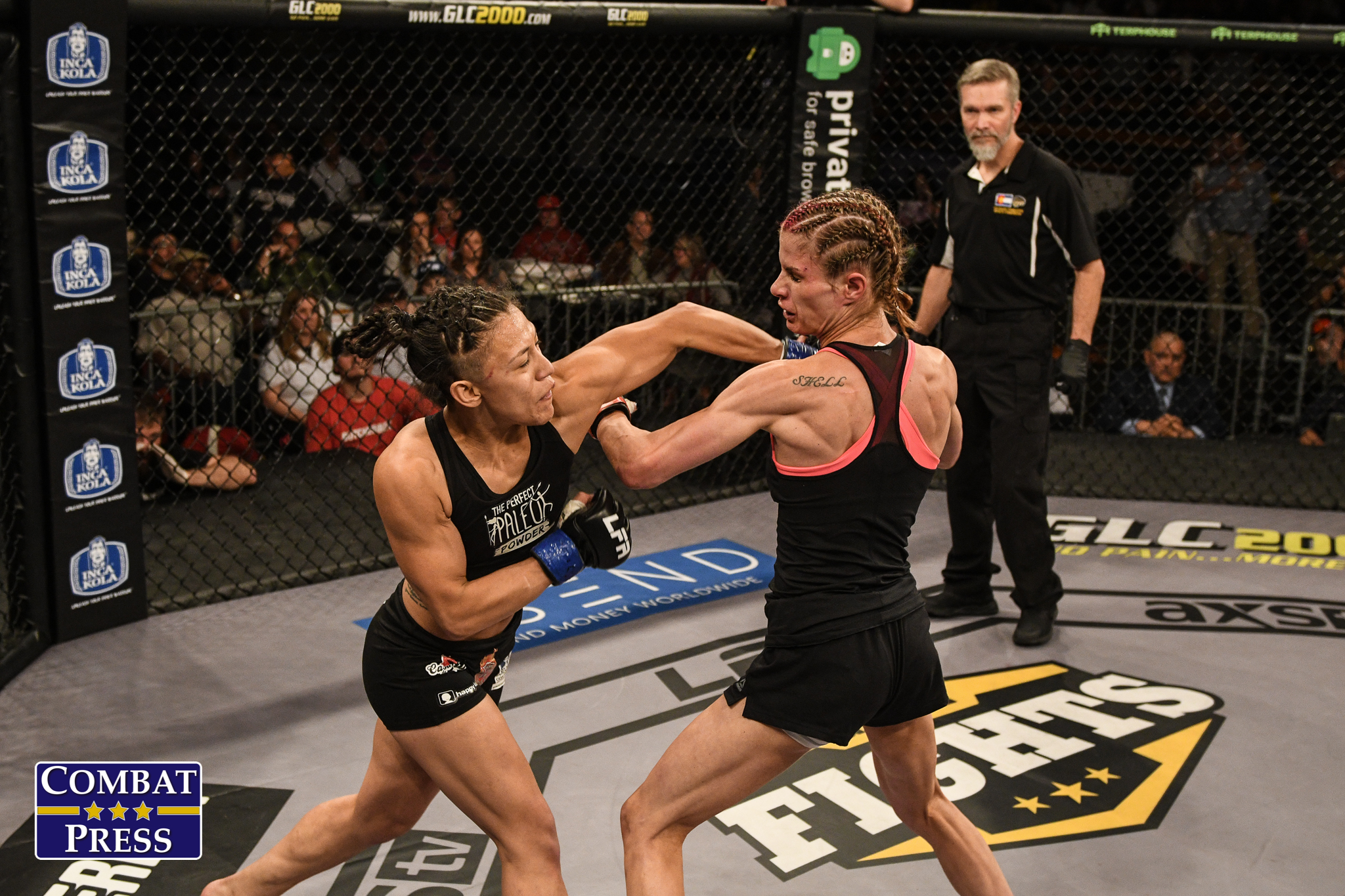 The show’s eighth episode of the new season takes place on Wednesday, Nov. 4. The ESPN+ stream gets underway at 8 p.m. ET.

The judo player is well known for her time training with Ronda Rousey, but she has also proven to be a top prospect in the MMA world. The young fighter knows that she needs to be more rounded, so she decided to go to FactoryX Muay Thai to tighten up the striking aspect of her game. Macias improves from fight to fight and is still very young in her career. If she continues improving at her current rate, then she’s going to be a player in the strawweight division. She’s clearly the best overall prospect on this episode.

If you are into kickboxing matches with four-ounce gloves, then you are in for a treat when Bahamondes and Gomez collide. Gomez is known for quick knockouts in the California regional circuit. He has big punching power and is very aggressive. That style should mix well with the style of Bahamondes, who has more variety to his striking arsenal. While Gomez is more of a boxer, Bahamondes leans toward a kickboxing approach. Bahmondes will not take a step back either. It would be a shock if this fight makes it to the judges.

With KB Bhullar’s departure to the UFC main roster before this episode of the Contender Series took place, Ulberg steps up on late notice for the main event. He’s a teammate of Israel Adesanya and is an excellent striker with big-time power. Ulberg, at just 2-0, lacks pro MMA experience, but he has plenty of combat-sports experience through his kickboxing career. His opponent, Oliveira, likes to bang as well. This will not only make for an exciting match-up, but it will also give Ulberg a chance to show off his most impressive skills. Keep an eye on this banger.

Saldana is a solid fighter, but he’s a longshot on a card with this much talent. At 13-6, he doesn’t have the sexiest record. However, he does have some solid wins, including one over UFC veteran Ramiro Hernandez. Saldana does have losses to guys with questionable records, including opponents who were 3-2, 1-1, and 12-12. He has a lot to prove when he fights Murdock, who should enter the bout as a definite favorite.

Ulberg, by association of the champion Adesanya, gets the contract with a win.

Macias, a former training partner of the legendary Rousey, also gets by with a win. She has a backstory that the UFC can build upon, too. She has a very high ceiling, and the company can build her up slowly.

Murdock, especially with his improbable story of returning from brain surgery, will sway the brass with his ability to overcome hardship. Combine this with a win over Saldana, and he should be able to score a contract.

Vanderaa is a heavyweight, and lord knows the UFC is always in need of the big boys. He will score a finish and snag a contract from UFC President Dana White.