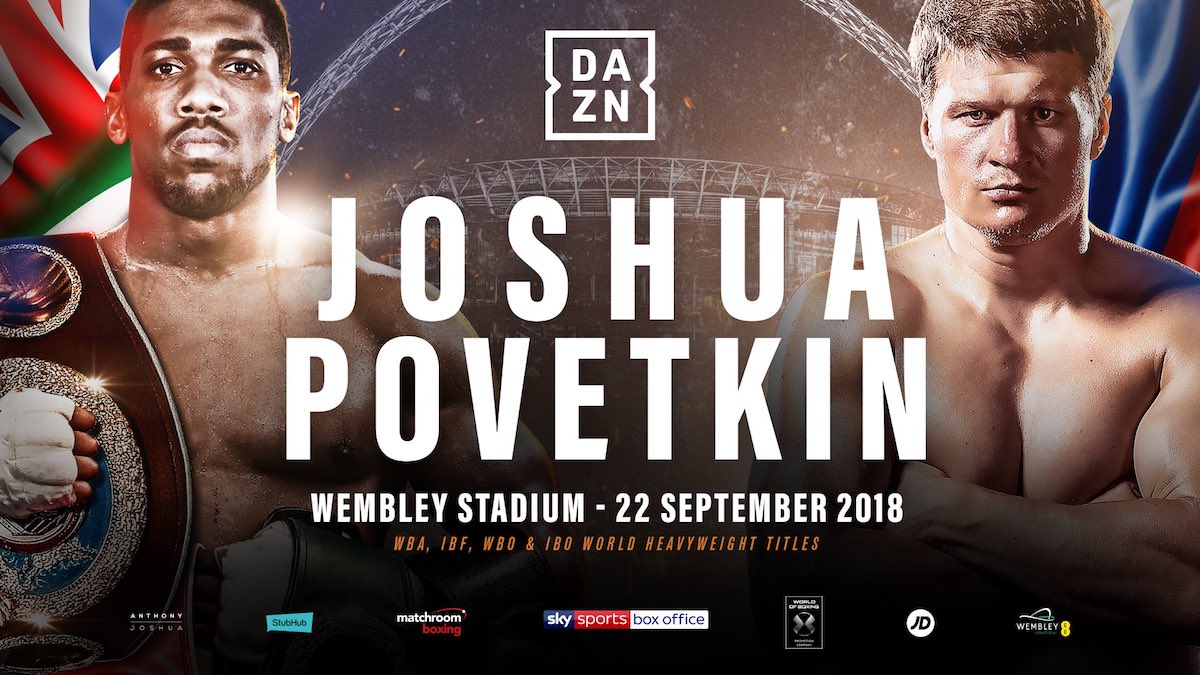 On Saturday, Sept. 22, Matchroom Boxing brought boxing back to Wembley Stadium in London, United Kingdom, for Joshua vs. Povetkin.

In the evening’s main event, undefeated heavyweight champion Anthony Joshua put his IBF, IBO, WBA and WBO world heavyweight titles on the line against former WBA world title holder, who had won 34 of his 35 professional contests.