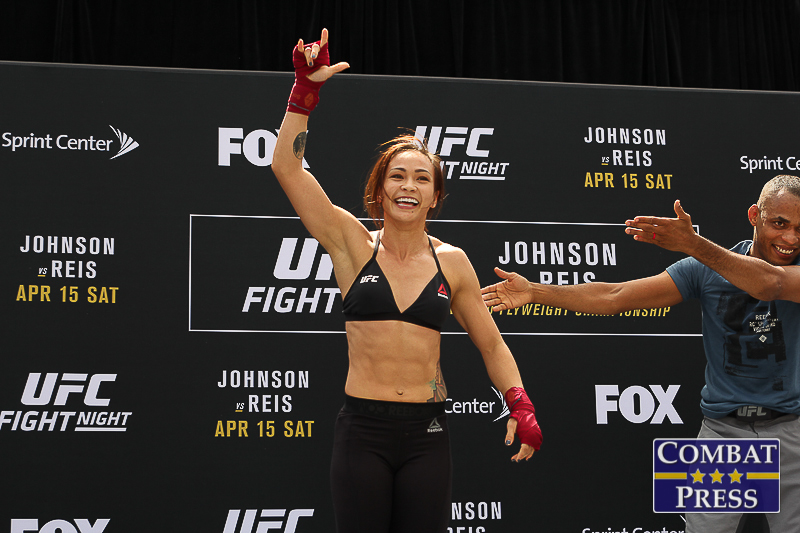 On Saturday, Sept. 12, the UFC returned to the Apex in Las Vegas for its 35th event on ESPN+. The event once again featured no fans in attendance due to the COVID-19 pandemic.

In the night’s main event, a pair of former Invicta FC champions collided as former atomweight Michelle Waterson took on Angela Hill in a strawweight affair. Waterson entered the headlining match-up on a two-fight skid, having dropped decisions to former champions Joanna Jędrzejczyk and Carla Esparza. Hill, meanwhile, had a three-fight winning streak stopped after a controversial decision defeat to Cláudia Gadelha in her last Octagon appearance.

The event kicked off with a preliminary-card stream on ESPN+ at 5 p.m. ET. The night’s main card followed at 8 p.m. ET, also on ESPN+.