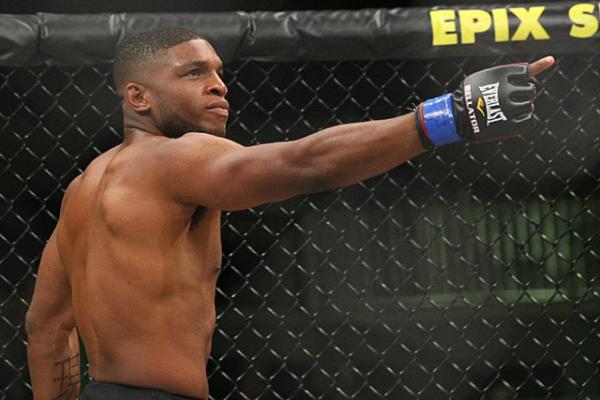 Despite the time poured into perfecting one’s craft and the gratification that comes with it, MMA can be a cruel mistress. For Paul Daley, like Dan Henderson and Daniel Cormier before him, it’s about the fight left in the dog rather than the dog in the fight. He will partake in his fifth headliner for Bellator when he enters the cage at Bellator 247 against Derek Anderson.

While this upcoming bout serves as Daley’s first fight of 2020, he is always a threat when entering the cage with a long-serving artillery bag that houses his iron fists despite his 38th birthday quickly approaching in February. After hitting a rough patch in which he picked up three losses in four fights from the likes of Michael Page and Rory MacDonald, “Semtex” got back into the win column by racking up victories against veteran Erick Silva via unanimous decision and a timid Saad Awad by way of a second-round technical knockout via a counter left hook. Although he did his job of eliminating fighters in his path, Daley was the heavy favorite versus Awad, a natural lightweight who had to bulk up 25 pounds for the 175-pound catchweight fight.

There is no doubt that Daley will be the biggest challenge of Anderson’s career, but Anderson has had no shortage of fights against top-tier talent. During his seven-year Bellator tenure, the 30-year-old has accumulated seven wins through 10 fights with two of them coming against former Bellator lightweight title challenger Patricky “Pitbull” Freire.

The Paramount Network (formerly known as Spike TV) was the exclusive broadcasting partner of Bellator since 2013, but Bellator 247 in Italy’s Allianz Cloud venue on Thursday will serve as the promotion’s debut on the CBS Sports Network. The 12:15 p.m. ET prelims will be streamed on Bellator MMA’s YouTube channel and CBSSports.com, while the 4 p.m. ET main card will be broadcast live on CBSSN.

In the headliner, veteran Paul Daley meets fellow welterweight Derek Anderson. Daley, of course, is known for his heavy hands. Will Anderson stand with him, or is his best route to victory in getting this fight to the ground?

Although it is not as pronounced as it is with Muhammed “King Mo” Lawal, a cause for concern with Anderson is that he has his hands at waist level when he’s not in striking range. In his most recent fight nearly one year ago against former Brazilian Jiu-Jitsu world champion Guilherme Bomba, Anderson, despite ultimately winning the contest via unanimous decision, willingly ate power shots to the kisser as a result of his lowered guard. The San Diego native, who holds a 16-3 record, has also battled a multitude of injuries over the years. Most recently, he suffered a knee injury that postponed his fight against Michael Page that was supposed to headline Bellator London in November 2019. If Daley is able to close the gap and willing to trade blows, he could get a salivating look at an open chin for a finish.

Given that Daley has never won by submission in his 61-fight career, it would not be a surprising game plan for Anderson to utilize his underrated grappling game to land a submission of his own. A submission — a rear-naked choke, to be exact — was how Daley’s welterweight title hopes were dashed against Rory MacDonald in a title-eliminator bout in 2017. If you have skills that can make an opponent uncomfortable, it could be a great strategy to employ. A win against Daley would be a crown jewel on Anderson’s resume and can finally provide him the attention and respect he deserves from fans.

Daley is determined to get another crack at the title, but, following losses to Douglas Lima, Jon Fitch, MacDonald and Page, we’ll need to see a convincing win from him on Thursday. Regardless of the outcome, it wouldn’t be a shock if Bellator books the rematch between Daley and Lorenz Larkin. After their first meeting in 2017 in which Daley scored the knockout in the second round of the Bellator 183 co-main event, Larkin has gone on to win four fights in a row, all by decision. These victories include ones against former UFC and Rizin competitor Keita Nakamura and former welterweight champion Andrey Koreshkov.

Bellator seems to be angling to mold Norbert Novenyi Jr. into one of its top Italian draws. Can the undefeated upstart live up to these expectations and continue his winning streak when he meets Laid Zerhouni?

Experiments like these are not foreign in MMA. Once a promotion has a young up-and-comer, it will test them to see how they respond to pressure. The UFC has done this to a then 19-year-old Sage Northcutt in 2015. Northcutt would go on to fight eight times before he was released and then signed with ONE Championship in 2019. Novenyi, 20, is in a similar situation. It took just one fight — a first-round submission victory via rear-naked choke over Mehmet Yueksel in his 2018 Bellator debut — for the promotion to consider him ready for the main card.

While the gesture illustrates how highly Bellator thinks of Novenyi, giving someone too much early on is not for everyone, and it is unclear how the young fighter will respond. Sure, he’s undefeated in his four fights, but one can scratch their head when they see that Novenyi’s professional debut for Ultimate Challenge MMA in 2018 was against a winless five-fight veteran in Ben Reeve who lost eight more contests after that night.

By abiding with the recency effect, there were a lot of positives in his last fight against an opponent in Will Fleury who had a three-inch height advantage and two more inches in reach. Novenyi flipped these disadvantages into advantages, getting in close range where Fleury’s reach worked against him and constantly countering strikes with an overhand right that landed flush multiple times on the 30-year-old Irishman. The confidence in his all-around game prompted him to break out the floss in the third round en route to a unanimous-decision victory. However, this was the first and only big test of many surely to come in Novenyi’s career.

On the contrary, Zerhouni has spent his entire career fighting for various promotions in Europe. He has fought exclusively at 170 pounds until his bout against Souhaib Dahmani at Oasis Fight in Tunisia last year, where he clinched a submission victory with a first-round rear-naked choke. It is important to note, however, that this was Dahmani’s debut as a professional fighter. So, while this will not be Zerhouni’s first kick at the can as a middleweight, he will have his hands full with Novenyi, a natural 185-pounder.

The card also features Kate Jackson, whose last outing was an unsuccessful title bid against Ilima-Lei Macfarlane, and Denise Kielholtz. Can Kielholtz score the win and potentially set herself up as a top contender?

Kielholtz currently has all the momentum on her side after winning three fights in a row against Bryony Tyrell, Sabriye Sengul and Kristina Williams. All three of these fights ended in a finish, with two halted in the first round. Despite her small stature, the 5-foot-3 Kielholtz is a proven grappling threat, like a Venus flytrap engulfing its prey. However, her next opponent is not an easy lunch.

Since entering the scene in 2009, Jackson has seen and been through almost everything that can possibly happen in the cage. She went as far as the semifinals in The Ultimate Fighter 23 against eventual strawweight-bracket winner Tatiana Suarez for a crack at a UFC contract. Even in Jackson’s Bellator debut in 2017, opponent Colleen Schneider couldn’t continue fighting after the first round concluded due to a career-ending knee injury. Jackson would get a chance to make a proper first impression and showcase her value when she earned a title shot against Macfarlane, Bellator’s first and only women’s flyweight champion, by dispatching Lena Ovchynnikova via elbows and grabbing a unanimous-decision win against Anastasia Yankova at Bellator 200. Ultimately, she lost the aforementioned title fight, but she has a lot more to lose if she isn’t the victor on Thursday.

There are a couple of enticing fights on this card that have the potential to surprise. This includes Uroš Jurišič’s fight against Walter Gahadza, who sits at 18-5 in his career. Jurišič is undefeated in 10 bouts with his highest achievement so far at the age of 27 being Titan FC’s welterweight championship. He claimed the crown by submitting Jose Caceres with a guillotine choke two years ago. However, the sleeper match-up belongs to a different pair of prelim fighters: Jade Jorand and Monika Chochlikova.

This will serve as the professional MMA debut for both women. Even though she is indulging in her first MMA experience as a 24-year-old late bloomer, Chochlikova has an extensive background in kickboxing, a realm where she has racked up a total of 76 matches to date. Victory is all she has ever known. Most notably, she became a K-1 world champion in 2019 after a four-fight run that ended with a decision win against Brazilian Mariana Nunes in the 52-kilogram final of the 22nd annual WAKO World Championships in Sarajevo, Bosnia and Herzegovina. If her exhibition match against Viktorie Bulinova in June at Oktagon: Underground 6 is any indication of how her pro career will pan out, Chochlikova has her work cut out for her. She was crisp and fearless in her attack in the three three-minute rounds hosted and sanctioned by the Slovakian promotion.

As a relative unknown ahead of her bout against Silvia La Notte in Bellator’s 12th kickboxing event, Jorand reasonably held her own in the first round as a willing combatant. Then, 12 seconds into the middle frame, the French fighter knocked out the 77-fight veteran with a thunderous left kick to the head. She seems like a star in the making who can handle the bright lights even at such a young age.