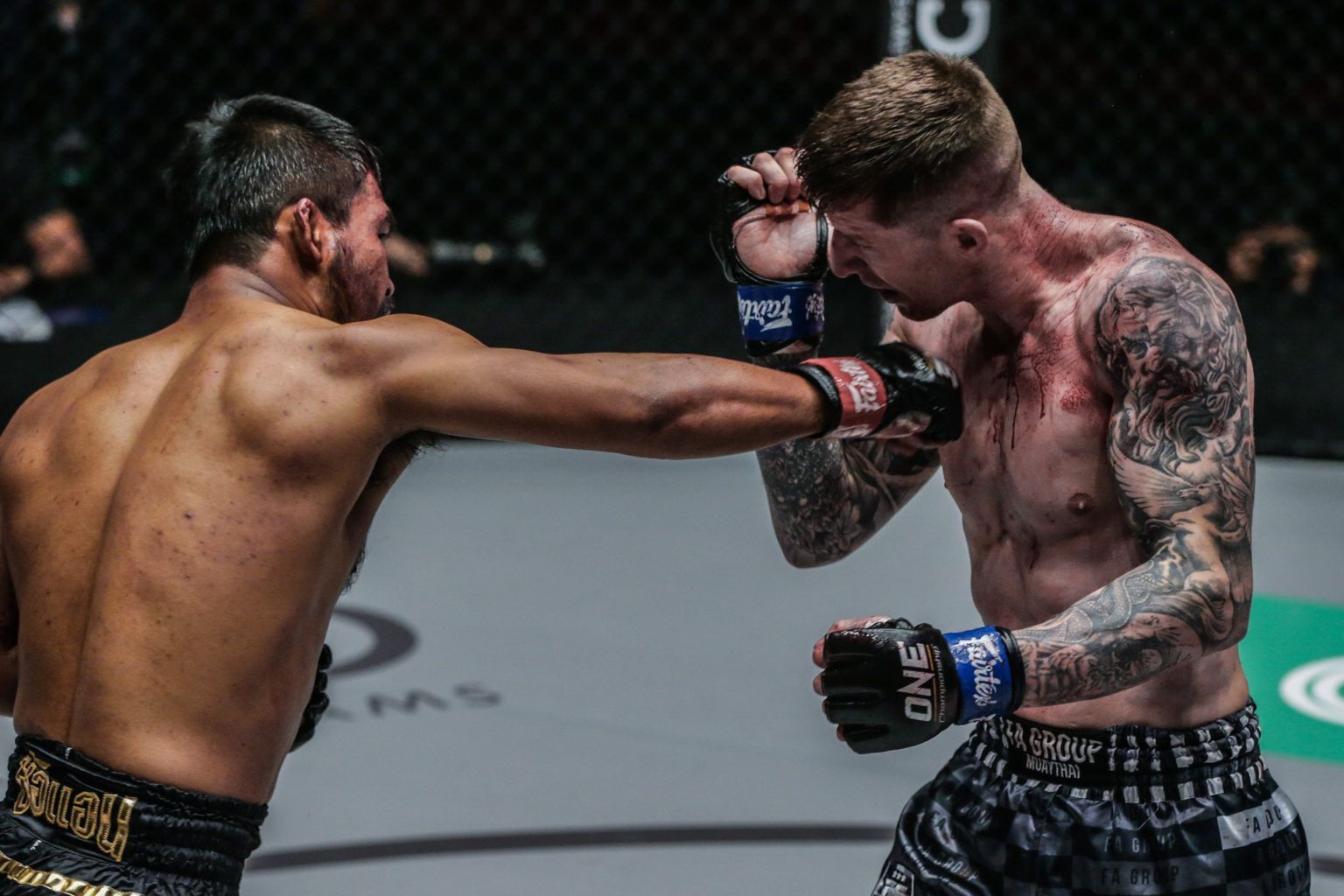 ONE Championship: No Surrender II Preview and Predictions

Two Muay Thai greats are set to take to the ring this weekend under the ONE Championship banner, but only one can advance to the finals of the company’s bantamweight Muay Thai tournament.

In one corner stands Saemapetch Fairtex, a veteran of 137 fights and victor of 118 of those contests. One of the men he couldn’t defeat will stand opposite of him on Friday. That man is Rodlek PK.Saenchaimuaythaigym. Rodlek has even more experience than his younger counterpart. He checks in with 173 total bouts and 128 victories. Can Saemapetch avenge his prior loss and move one step closer to a rematch with bantamweight kingpin Nong-O Gaiyanghadao, another man who bested him? Or will Rodlek emerge with his second victory over Saemapetch?

The answer comes at the end of a night — or morning, if you’re an American fan — that features six fights. The Muay Thai lineup also includes an intriguing featherweight match-up between Sorgraw Petchyindee Academy and Pongsiri PK.Saenchaimuaythaigym. The lone kickboxing affair features Leo Pinto and Mehdi Zatout. Meanwhile, the MMA docket includes such notables as Pongsiri Mitsatit, Yodkaikaew Fairtex and the undefeated John Shink.

ONE Championship: Never Surrender II takes place at the Impact Arena in Bangkok, Thailand, and can be seen via ONE’s app at 8:30 a.m. ET on Friday, August 14.

The headliner is a Muay Thai bantamweight tournament contest between Saemapetch Fairtex vs. Rodlek PK.Saenchaimuaythaigym. Which man will advance to the finals?

This is a rematch six years in the making. In 2014, Rodlek was able to pick up a decision nod over Saemapetch in a Channel 7 Boxing Stadium bout. The victory came during perhaps the strongest stretch of Rodlek’s career, one in which he eventually claimed the Channel 7 title. He hit a rough patch two years later and won just two of his next 11 fights. His 2019 arrival in ONE has been a breath of fresh air for the 30-year-old, who is now riding a three-fight winning streak.

Saemapetch’s loss to Rodlek was part of a five-fight skid for the veteran striker. He was able to turn things around in 2015, however, and has had a strong five-year run in which he’s gone 16-6. Saemapetch’s ONE campaign hasn’t been as perfect as that of Rodlek, but he did challenge for ONE’s bantamweight Muay Thai crown. He didn’t fare well in the bout, though, and took the knockout loss at the hands of champion Nong-O Gaiyanghadao.

When these men last met, Saemapetch was just entering his twenties. Now, he’s 26 years old and has gained a wealth of experience, both from his loss to Rodlek and in subsequent bouts against the likes of Charlie Peters, Alaverdi Ramazanov, Tyler Hardcastle and the aforementioned Nong-O.

Rodlek has performed well in his time with ONE, but it’s tough to dismiss his horrible results from 2016 through 2018. Saemapetch is an improved fighter over the version Rodlek defeated in 2014, and this time it should be Saemapetch who takes the fight on the scorecards.

This card has several other Muay Thai and kickboxing fights in the lineup. Which bout will deliver the best action of the night?

Well, Sorgraw Petchyindee Academy return to ONE is sure to be of some interest. Sorgraw, who is set to meet Pongsiri PK.Saenchaimuaythaigym in a featherweight Muay Thai bout, has won two Lumpinee Stadium titles and has also held and defended the World Muaythai Council belt. He’s won two of his three fights with ONE, and his only loss with the company came against the very successful Giorgio Petrosyan.

Pongsiri unsuccessfully challenged Petchmorakot Petchyindee Academy for the ONE featherweight Muay Thai strap. He has nearly 200 fights under his belt, and he, too, has a trophy case that includes gold from Lumpinee Stadium.

These guys are contenders, and they should pair nicely to deliver an appetizer for the additional Muay Thai action that caps this card. Sorgraw holds a height advantage, and he should follow in Petchmorakot’s footsteps to take a decision victory over Pongsiri.

Are there any key MMA fights at this event?

This card only includes two MMA contests, and neither one is particularly significant.

The 130-pound catchweight affair features Pongsiri Mitsatit, who is on a three-fight skid. Mitsatit, who typically competes at flyweight, also has just one win through his last six outings. ONE has paired him with 40-year-old bantamweight Akihiro Fujisawa, who is also on a three-fight skid. The winner of this one — most likely, it’ll be Mitsatit — gets a slight confidence boost and not much more.

The other MMA offering at least features fighters who are not in the midst of terrible losing streaks. Unfortunately, John Shink, the undefeated fighter in this affair, has not seen action since 2017. However, if he can win and stay active, he could be an interesting addition to the flyweight division. His opponent, Muay Thai stylist Yodkaikaew Fairtex, also hasn’t seen MMA action since 2017, and he’s had far more mixed results in this particular combat sport, so Shink should have a good chance to come out on top in this one.