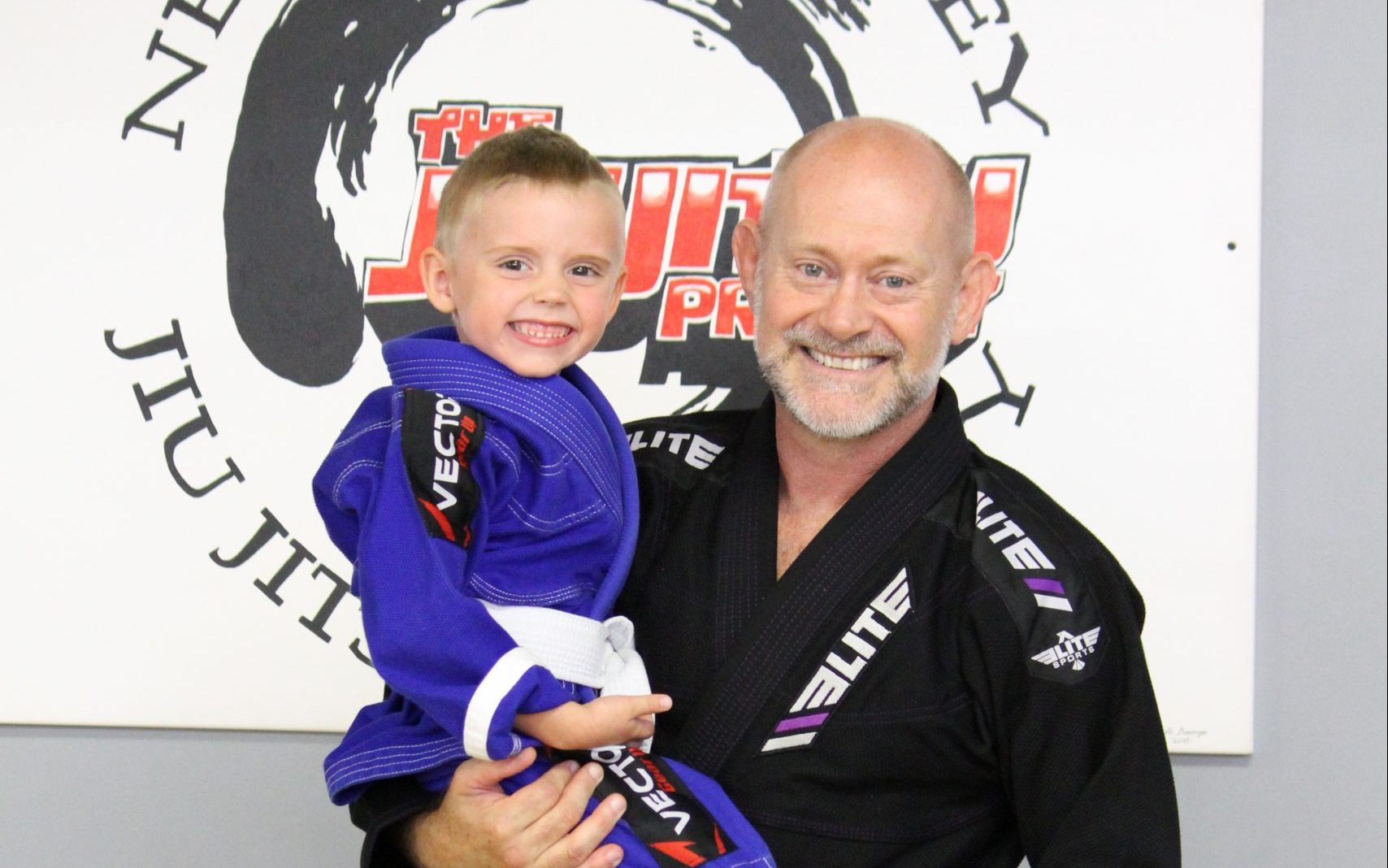 Prof. Mike Geery (R) with one of his students (Matt Quiggins/Combat Press)
Interviews

The Quiggin’ Out MMA Podcast has undergone a drastic change for 2020. The new and improved show focuses not only on fighters, but coaches, fans, and friends of the show in order to bring as many perspectives as possible. For episode 4, Matt had the distinct pleasure of sitting down with two men who have helped shaped the lives of many and the community around them.

Professor’s Mike Geery and Leonard “Butch” White are Brazilian Jiu-Jitsu black belts who run the New Port Richey Jiu-Jitsu Academy in New Port Richey, Florida. Combined, they have nearly 50 years of training under their belts and were able to share their stories.

As always, feel free to comment below or send feedback about the show to @QuigginsMMA or @CombatPress on Twitter. The video is also available here.