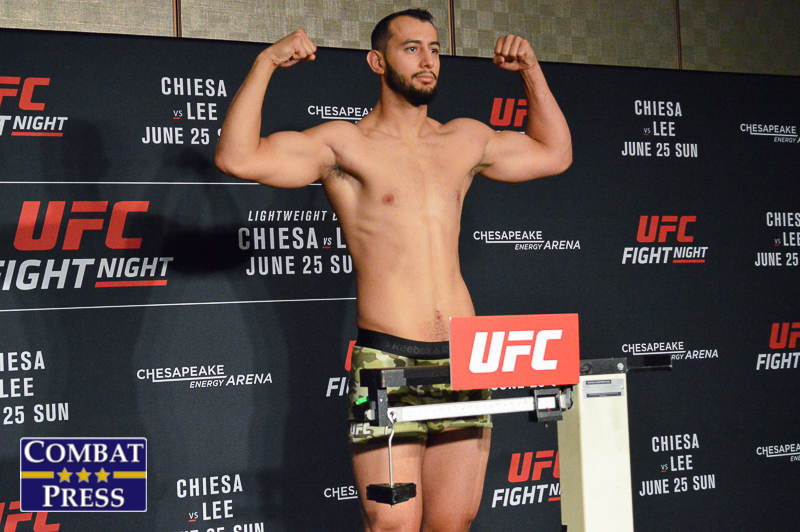 UFC 247 and the Prospect of Live Stats

As a writer who does side work focusing on combat-sports betting, I should be happy with the result of the UFC 247 championship main event between Jon Jones and Dominick Reyes. I picked Jones to defeat Reyes by decision in their bout for the UFC light-heavyweight title. That’s another “W” in the prediction win column. People made money, and I’ll get more work. I should be happy, but I can’t be.

Reyes should have the 205-pound strap sitting on his mantel. Instead, he is the self-proclaimed “people’s champion.”

When it comes to a round-by-round breakdown of the fight, I fall into the group of people who gave the first two rounds to Reyes and the last two to Jones. The third frame was kind of hard to judge, but there seems to be an argument going around that Jones, although outstruck in the third, was controlling the action.

Still, the stats do show Reyes outstruck Jones in the third round as he did in the first two. UFC Stats shows that Jones had higher striking percentages, but that means nothing. Reyes threw more strikes than he landed, but he both attempted and landed more than Jones through 15 minutes.

In terms of landed strikes. Reyes connected on 119 total strikes to Jones’ 107. When it comes to significant strikes, Reyes landed 116 to Jones’ 104.

Jones said in his post-fight interview that he felt as if takedowns won him the fight. The champ landed two of nine takedown attempts. Takedowns are also a two-part equation or process. Did the fighter get the takedown? If the answer is yes, then what did the fighter do with the position once they got the takedown? Reyes gave up those takedowns, but he got back up before Jones was able to do anything of significance.

The final two rounds clearly went to Jones, but this should still mean the fight went three rounds to two in favor of Reyes. If you’ve been following the news in the aftermath of this fight, you know the major controversy is that judge Joe Saliz scored the fight four rounds to one, and also that a judge was looking at the ground during the fight.

Tela Mange, a spokesperson for the overseeing Texas Department of Licensure and Regulation said in a statement, “Claims have been made that a judge was not paying attention to the fight and was looking down at the floor. One of the advances that UFC has made in the past several years has been to provide small video monitors below the floor level of the Octagon for each judge to more closely monitor matches.”

Why not have the judges’ monitors be at cageside as in the case of broadcasters? This would help avoid the bad optics of a judge allegedly not watching a fight.

The talk of the town also concerns open scoring. With open scoring, the public — or, in the case of Kansas, possibly just fighters and their corners — would know the score as a fight plays out. That doesn’t fix the fact that MMA uses the scoring system from boxing, which makes it imperfect. However, it will let fighters know where they stand even if a judge makes a bad call.

If open scoring becomes universally used by commissions, at least for UFC events, then let’s add something more. The stats shown to fans watching UFC broadcasts are the same that come from UFC Stats (formerly FightMetric). By the time the next round of a fight starts, the scores for the previous round have already been collected. Judges need real-time data to make more informed decisions.

To do this, additional approved officials would need to be responsible for stat collection, as opposed to using UFC Stats. This is according to referee and judge Justin Brown, an A-class international certified referee and judge under the United World MMA Organization. He has also taken officials training with the Association of Boxing Commissions and Combative Sports (ABC) and other organizations.

“Who’s to certify those metrics are correct? If you’re going to have a metric, I think you would have to have like the NFL does for reviews,” Brown said. “You’d have to have a certified official creating those metrics, so that would make a fourth judge or maybe two to keep it fair so they don’t skew those opinions basically on what they decide is a fact or a strike or strike that landed versus a significant strike and those types of things.”

If we as a community want to put an end to phrases like “don’t leave it in the hands of the judges,” then it’s not just a matter of adopting a new scoring system and better judge training. Fights should be as least subjective as possible.

Pro-Reyes fans can only hope he will get another crack at Jones. Fans and media members alike are calling for Reyes to get an immediate rematch, but Jones said he could see the UFC matching him up with Jan Blachowicz after the Polish fighter stopped Corey Anderson in just over three minutes at last weekend’s UFC on ESPN+ 25 card in New Mexico.