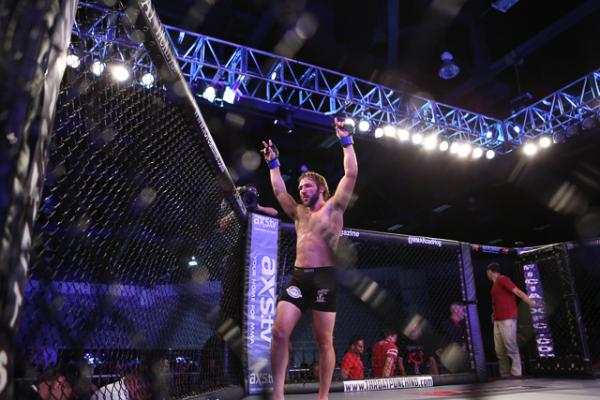 UFC Fans Should Be Excited To Watch More Lando Vannata

I’ll admit, I hadn’t heard the name Lando Vannata until he replaced an injured Michael Chiesa, who was originally set to fight Tony Ferguson at the UFC Fight Night 91 event in Sioux Falls, S.D.

I didn’t have any expectations for how Vanatta would perform, just as I wouldn’t for any other fighter making their debut in the UFC. Suffice it to say, I had no idea the fight would turn out to be so competitive, either, especially with Vannata going up against a talented top contender in the toughest division in the UFC.

The first round of the lightweight clash between Vannata and Ferguson was complete madness and showed a pair of fighters with two of the best chins in the fight game. Vanatta even dropped Ferguson with a head kick and nearly finished him in the first round, but he took some big shots on the chin, too. Overall, both fighters were happy to take every shot to give it, which resulted in one of the best first rounds of 2016.

Unfortunately, Vanatta ended up getting submitted in the next round by Ferguson, who has an incredible ground game and manages to submit great fighters after taking a beating and weathering a storm earlier in his fights.

While Ferguson did ultimately pull off the win in spectacular fashion, Vanatta more than showed himself to be a viable challenge for Ferguson and, most likely, any future opponents he encounters.

Even though Vanatta’s only had one fight in the UFC, he appears to have a bright future, especially since he’s only 24 years old and has been so successful outside of the UFC. In four years as a pro, he’s had eight successful fights, finishing seven of these contests by knockout or submission. He has the track record to be a solid fighter.

As for whether or not he’ll continue the crazy strategy of going in there and trading shots with his opponent while sticking his chin up in the air, don’t keep your hopes up. He’s coming out of the Jackson-Winkeljohn camp, where they prepare their fighters to focus on a game plan.

He won’t completely change up his style, but it probably doesn’t hurt every fighter to plan some things in a fight. Usually, if a fighter feels he or she is not getting the type of training they want, they won’t continue training there.

The game plan needs to be a good fit for the fighter, or else they end up being too calculating, possibly leading to boring fights that go to a decision. My guess is Vanatta won’t go in that route, but he won’t be reckless, either.

In hindsight, it’s very rare that you see fighters be so loose and comfortable in their UFC debut, but it seems like Vanatta went in there as a relative unknown, knowing he had nothing to lose in a fight where, if he wins, he could shock the world. He almost did win, too, which was enough of a shock. That alone should make fans excited to see him, again. I know I am.