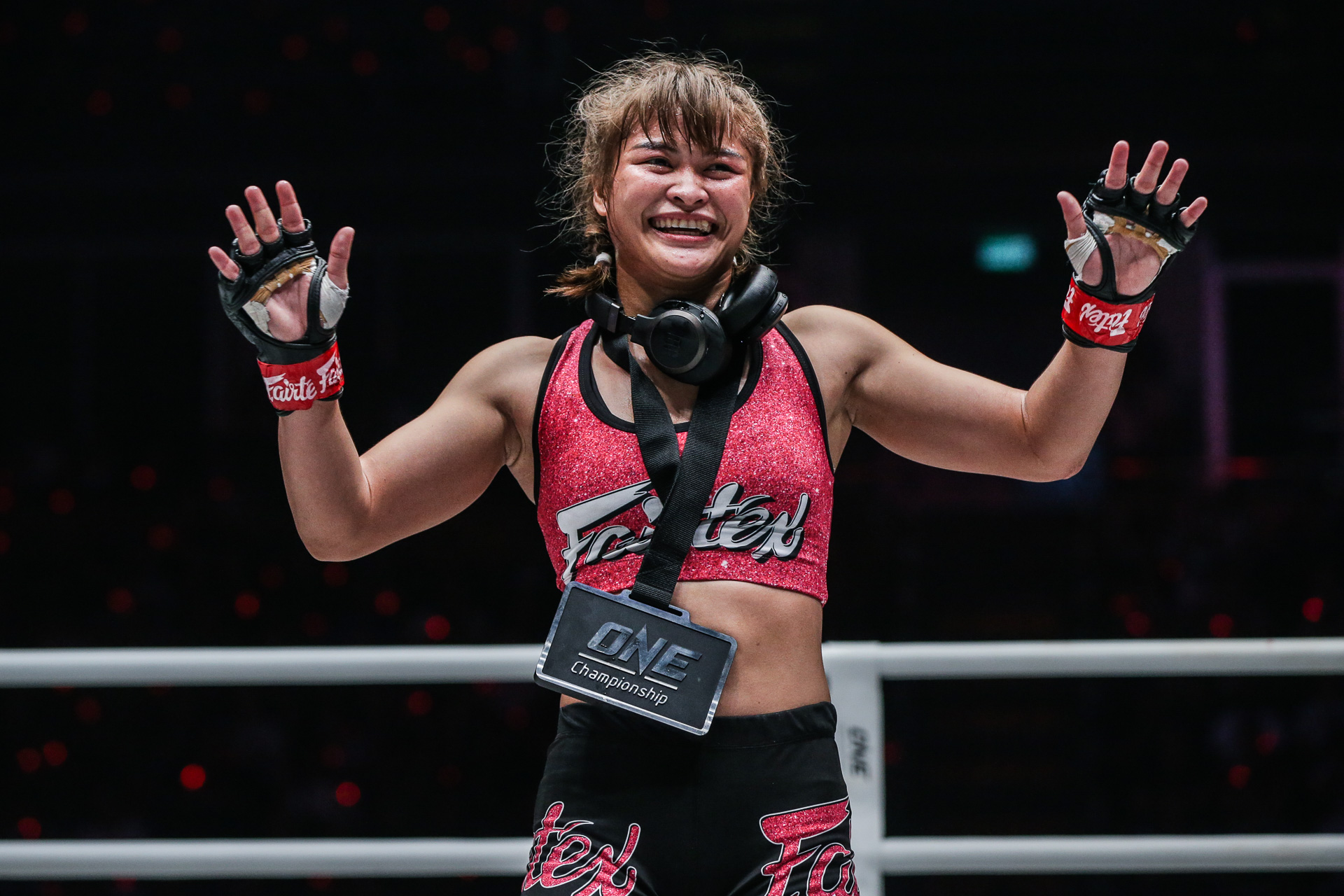 ONE Championship: King of the Jungle Preview and Predictions

This is also true in ONE Championship, a promotion that has expanded beyond just MMA to encompass the worlds of Muay Thai and kickboxing as well. The company’s latest effort, dubbed “King of the Jungle,” is a bit of a misnomer. Sure, one king will be crowned, but a queen will be crowned as well.

That queen will reign over the women’s atomweight kickboxing division. Stamp Fairtex, who already holds the corresponding belt in Muay Thai, attempts to add to her collection of championships when she collides with America’s Janet Todd, who has won two ONE kickboxing bouts and a Muay Thai scrap since her loss to Stamp just over a year ago. Will the change of combat rules play to Todd’s favor, or will Stamp come out on top once more?

Meanwhile, the battle to be crowned king comes in the men’s strawweight division under Muay Thai rules. Sam-A Gaiyanghadao has taken the opposite approach to the aforementioned Stamp. He is already the kickboxing champion of the weight class, but now he’ll seek to add the Muay Thai strap. Australia’s Rocky Ogden stands in his way. This is a battle of Ogden’s youth against Sam-A’s experience. Which will prevail?

These two title fights cap off a lineup that otherwise consists of MMA action. Veterans Yoshihiro Akiyama and Mei Yamaguchi serve as the most familiar names on a docket of nine MMA bouts.

ONE Championship heads to to the Singapore Indoor Stadium in Singapore on Friday, Feb. 28, for this show. Fans can tune in via the ONE app at 6 a.m. ET for all of the action.

Janet Todd, the challenger to the women’s atomweight kickboxing title, has already suffered a loss to titleholder Stamp Fairtex for the Muay Thai crown. Will she fare better under kickboxing rules?

It’s possible. Kickboxing tends to be an even more pure striking art than Muay Thai. Stamp is a well-rounded martial artist who has ventured into the MMA realm and is likely to be more comfortable in clinches. She got the better of their tie-ups in the Muay Thai affair and dumped Todd to the canvas on multiple occasions. However, Todd scored when at range and lit up Stamp nicely in the fifth frame.

If Todd can score in the same manner as she did during that final frame of their Muay Thai contest, she could emerge with the belt here. Stamp can be very aggressive, though, and Todd will have to weather the early storm. Todd was able to hang in there despite getting bombarded by Stamp through four rounds of Muay Thai action, so it’s not a stretch to think she’ll be fine heading into the championship rounds of a kickboxing outing.

It’ll be another war, but Todd will be the one with her hand raised this time. It’ll only serve to set up another fight between these two talented ladies. The only question is which discipline will be in use for that bout.

Ogden, who trains under John Wayne Parr, has a background in taekwondo and a lengthy history in the sport of Muay Thai, but it all pales in comparison to the 400-plus fights Sam-A has under his belt.

The 36-year-old Sam-A is a legend in the sport. He’s been competing since the age of nine, and he’s claimed multiple titles, including a couple of Lumpinee Stadium championships. Even at this stage of his career, Sam-A has looked impressive. Four of his last five victories have come by way of knockout.

Ogden is banking on youth trumping experience, but it could be wishful thinking. The 20-year-old Aussie has achieved a lot in his young career, but he’s going to be outgunned by his very powerful Thai opponent. It’ll be fun while it lasts, but Sam-A should prevail. Fans could even be treated to another knockout.

Are there any significant MMA match-ups that deserve special attention?

While the featured two contests are title fights spanning the kickboxing and Muay Thai realms, the rest of the card is composed exclusively of MMA action. There are a few bouts that stand out.

Yoshihiro Akiyama has been a star in Asia for years now. The 44-year-old came out of retirement in 2019, but he dropped a decision to Agilan Thani. The UFC veteran is a recognizable name, but he’s also won just one fight in his last seven appearances dating back to 2010. His opponent, Sherif Mohamed, has a modest 9-5 mark and just one win in his last four fights, so this could be a toss-up. Still, it’s tough to favor Akiyama in any fight these days.

Mei Yamaguchi is featured on the prelims, and she draws an intriguing pairing with the undefeated Denice Zamboanga. The Japanese star has experienced a resurgence in her career, with wins in six of her last seven scraps. Zamboanga’s perfect mark includes just two wins over non-rookies and only one victory over a fighter who had previously won at the pro level. The 23-year-old Filipino has a lot to prove, but a win over Yamaguchi would catapult her to stardom in the promotion. Don’t get your hopes up, though. Yamaguchi should come out on top.

The other key MMA contest is the main-card opener between Tiffany Teo and Ayaka Miura. These two strawweight ladies are among the best in the organization. Teo’s only loss came in a title affair against Jingnan Xiong. Miura has two career defeats, but she’s been on a nice run of submission victories, all by way of Americana, against solid names in the division. Miura could add another victim to her list this weekend.

American Troy Worthen has reeled off four straight victories since making his pro debut in late 2015. His bout with 25-fight veteran Mark Fairtex Abelardo is another chance for the Floridian to make a statement.

The 26-year-old Worthen finished both of his previous ONE foes to bring his career stoppage total to four. He’s an NCWA All-American college wrestler who will hunt for the takedown and then punish his opponent with ground-and-pound from the top position. His ONE victories have come against a duo who had combined for a 13-1 mark prior to their fights with Worthen.

Abelardo is a true wild card. The New Zealander has stumbled against opponents with records of 2-5 and 6-4, but he’s also handed out career-first losses to a number of previously undefeated up-and-comers. The 28-year-old is responsible for the first setbacks for Harold Banario, Roman Alvarez and Daichi Takenaka. Abelardo is also going strong in the ONE cage, where he’s posted four wins through five appearances.

Worthen shows promise, but Abelardo could always play the spoiler. It’s not discussed enough, but this could turn out to be one of the best MMA fights on the card.