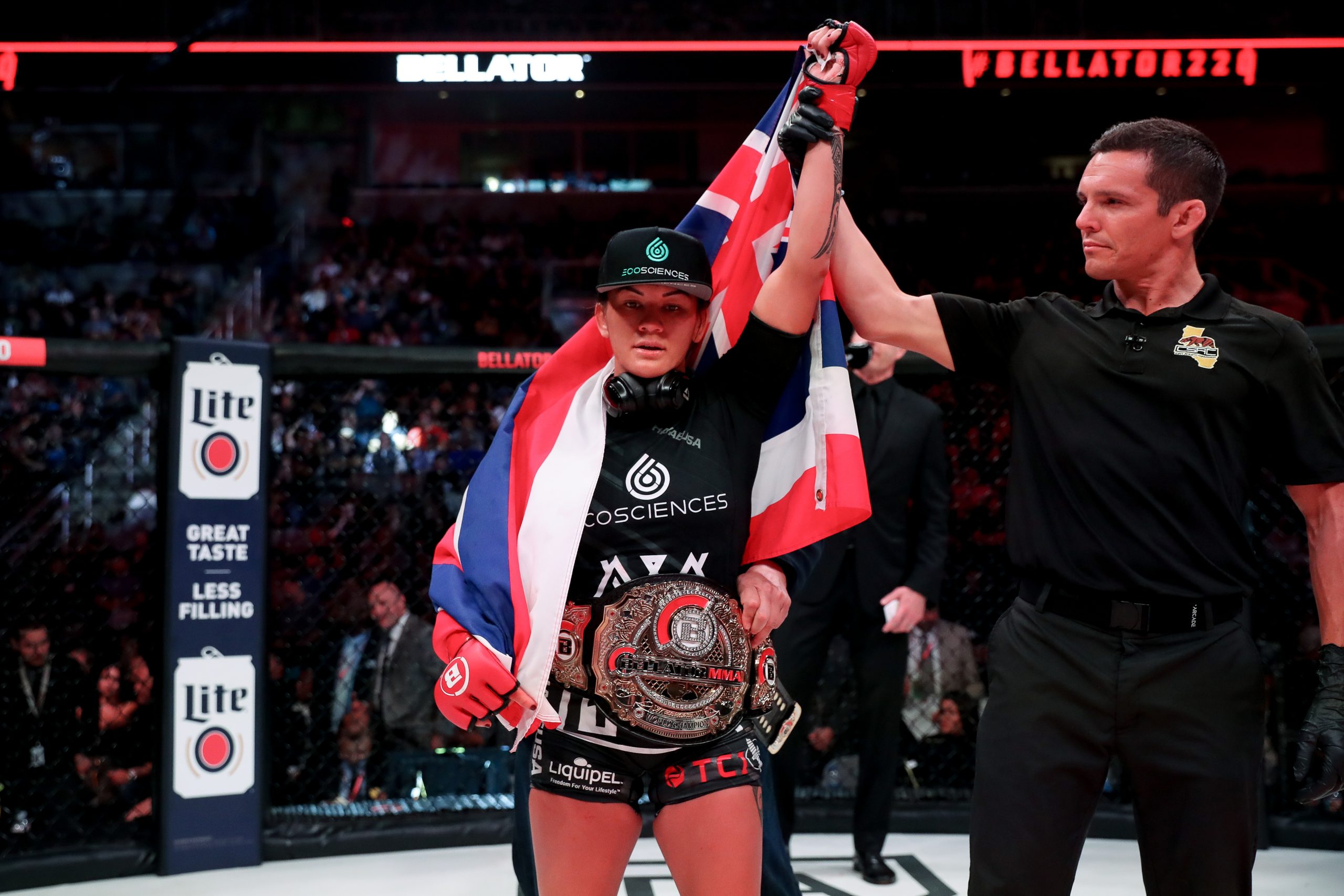 On Saturday, Dec. 21, Bellator MMA hosted its 236th numbered event from the Neal S. Blaisdell Center in Honolulu, Hawaii, in the second of back-to-back events over the weekend.

The two-night extravaganza concluded with a women’s flyweight championship headliner and a quarterfinal bout from the men’s featherweight grand prix.

Ilima-Lei Macfarlane made her fourth successful defense of the Bellator women’s flyweight title that she captured in late 2017. The native Hawaiian had turned back challenges from Alejandra Lara, Valérie Létourneau and Veta Arteaga. Her challenger was Kate Jackson, a British fighter who appeared on season 23 of The Ultimate Fighter. Jackson had won three of her four Bellator fights.

The featherweight tournament quarterfinal bout pitted A.J. McKee Jr. against Derek Campos. A.J., the son of UFC veteran Antonio McKee, was perfect through 15 professional bouts. He advanced to the quarterfinals with an eight-second finish of Georgi Karakhanyan. Campos, a longtime member of the Bellator roster, joined the tournament despite a three-fight skid. The 31-year-old broke his freefall and advanced to the quarterfinals with a decision nod over former Bellator champ Daniel Straus.