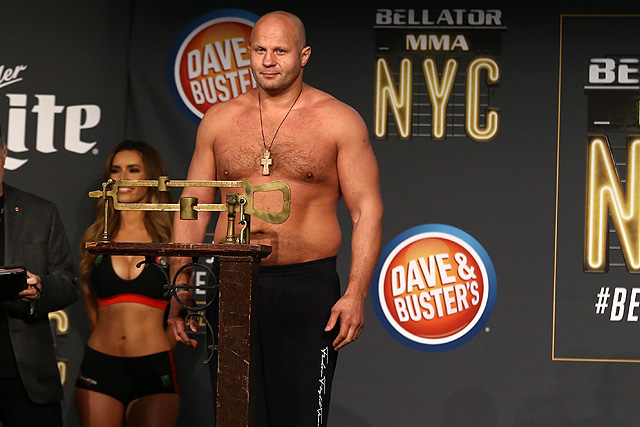 The fighters hit the scales at 2 p.m. ET on Friday, April 27. Video appears above (courtesy of Bellator MMA), while the results appear below.