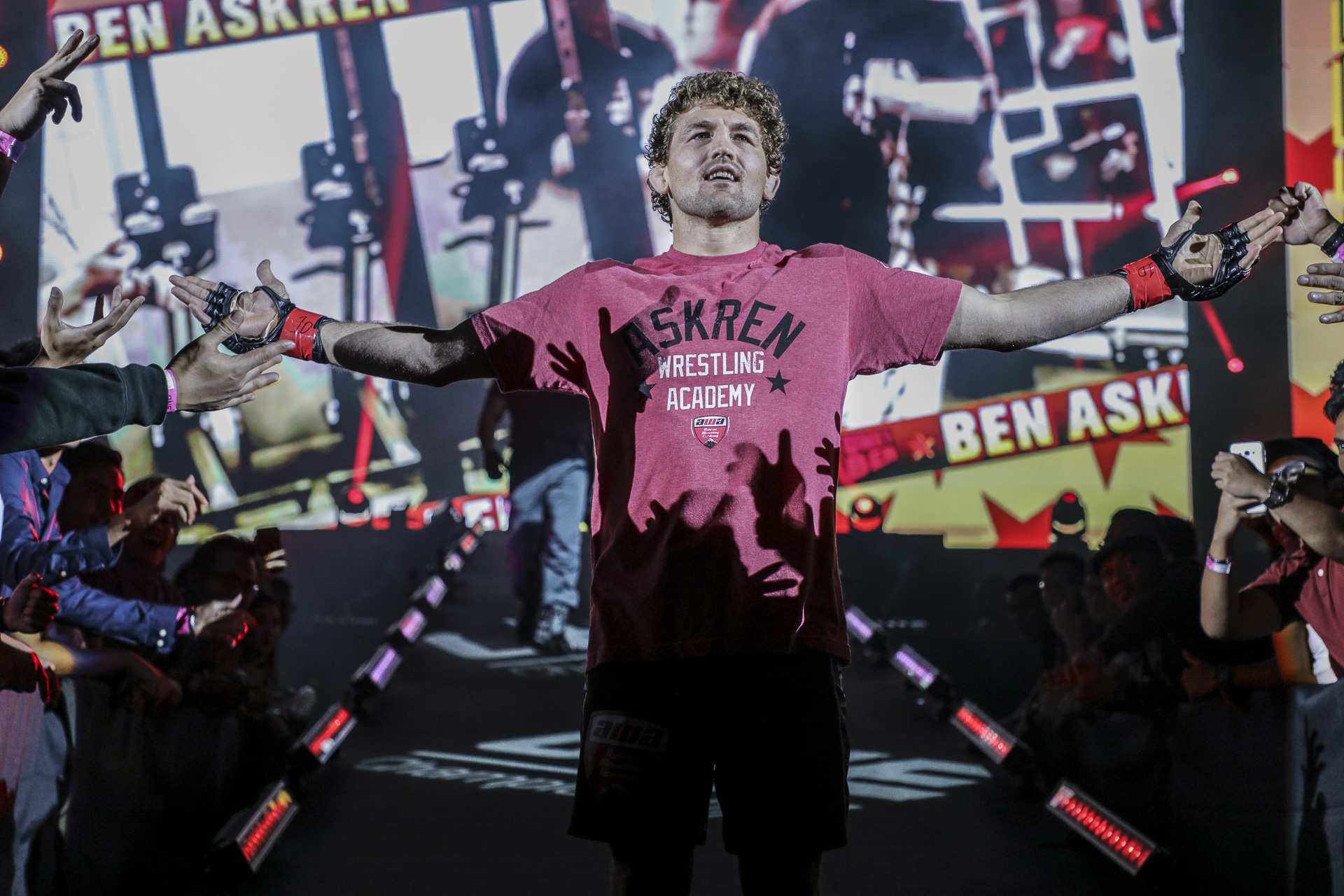 With Askren’s Focus on Till, What if Masvidal Wins?

Since Ben Askren’s wild, yet controversial UFC debut at UFC 235, he has been exchanging words with Darren Till on all sorts of platforms. It is no secret at this point that the former ONE Championship and Bellator welterweight titleholder will be at UFC London on Saturday night, as he stated it time and time again after his fight. He’ll eagerly await the winner of the evening’s headliner between Till and Jorge Masvidal.

Askren had not given Masvidal much attention. That is, until Monday:

It was a typical Askren tweet, but it was also extremely smart on his part. The reason being, there is no guarantee that Till comes out as the winner in London. In that case, there is no fight aligned for Askren.

With Colby Covington seemingly getting the next shot at UFC welterweight champion Kamaru Usman, Askren is now in search of another fight. There are plenty of options, even with his unwillingness to fight Robbie Lawler for a second time. Especially with the style Askren brings to the table, there will be no trouble finding an interesting match-up for him in one of the most stacked divisions in the promotion. It seems pretty clear, though, that he has turned his focus to Saturday night’s main event to find his next foe.

While Askren has been active in back-and-forth exchanges with Till, there has not been much interaction with Masvidal. Masvidal would be a much tougher stylistic match-up for Askren. In his fight against Demian Maia, Masvidal showed impressive takedown defense and the ability to defend himself in grappling exchanges.

Askren is not afraid of stylistic match-ups. Just look at who he accepted to fight for his UFC debut. It does not get much harder stylistically than Lawler. This makes Askren’s tweet that much more interesting. He did not narrow his options down to just Till, but now widened it so that he can face anyone regardless of the outcome this weekend. It was a brilliant move.

There is no fear on Askren’s part in going up against anyone. As he said before he came into the UFC, he is looking to prove that he is the best in the world. To prove such a thing, he cannot hand-pick opponents, nor turning down fights. Askren will be more than willing to fight anyone, anytime, anywhere.