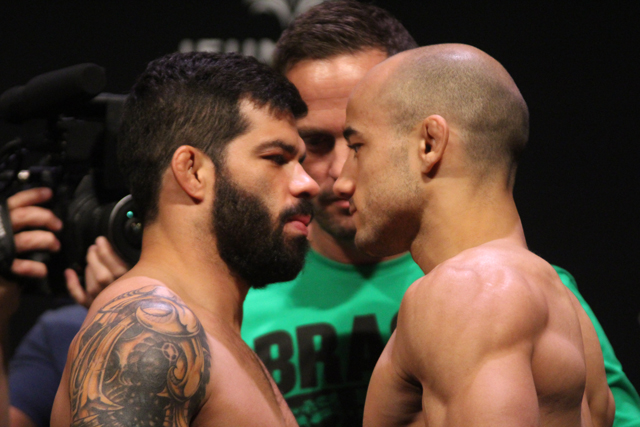 On Saturday, Feb. 2, the UFC will host UFC on ESPN+ 2: Assunção vs. Moraes 2 from the Centro de Formacao Olimpica do Nordeste in Fortaleza, Brazil.

In the night’s main event, top-10 bantamweights Raphael Assunção and Marlon Moraes collide for a second time. The pair met just 18 months ago in the UFC debut of Moraes. After three, hard-fought rounds, Assunção edged his fellow Brazilian by split decision. They meet again with a title shot on the line.

The action kicks off with seven preliminary-card fights streaming on ESPN+ at 5 p.m. ET. The six-fight main card follows at 8 p.m. ET, also on ESPN+.