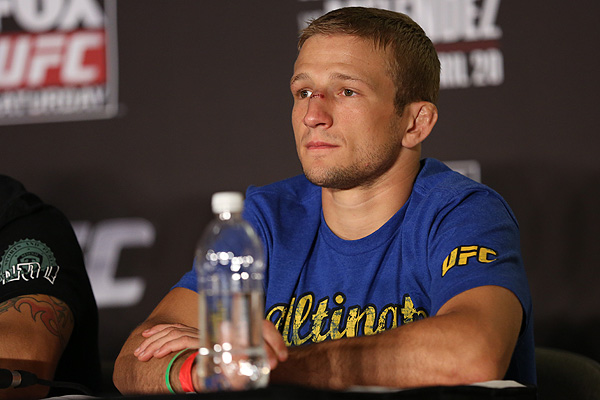 On Saturday, Jan. 19, the UFC makes its debut on the ESPN streaming service, ESPN+. The card takes place from the Barclays Center in Brooklyn, N.Y.

In the night’s main event, flyweight champion Henry Cejudo puts his belt on the line for the first time against current bantamweight titleholder T.J. Dillashaw. Cejudo captured the belt with a controversial split-decision win over Demetrious Johnson in August. Dillashaw enters the title challenge riding the momentum of back-to-back stoppage wins over Cody Garbrandt.

The 13-fight event kicks off with three prelims streaming live on ESPN+ at 6:30 p.m. ET. Four additional preliminary-card bouts air on ESPN at 8 p.m. ET, before returning to ESPN+ at 10 p.m. ET for the six-fight main card.

Above is live video of the event’s post-fight press conference (courtesy of the UFC) which begins approximately 30 minutes after the main event between Cejudo and Dillashaw.