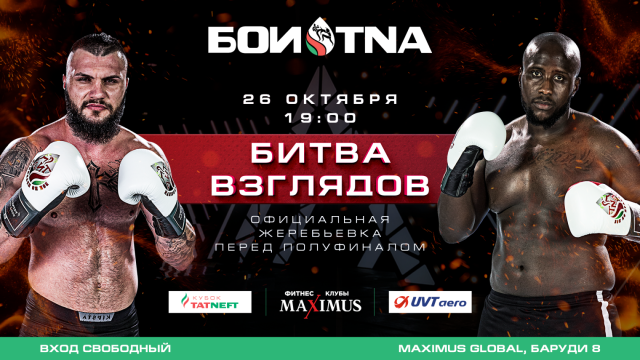 On Saturday, Oct. 27, Tatneft Cup returned to the Tatneft Arena in Kazan, Russia.

In the evening’s main card action, the finals of the 70-kilogram, 80-kilogram, and heavyweight division tournament were set. Igor Darmeshkin defeated Eldar Oliveira Garcia and Kirill Kornilov bested Cristian Ristea to move into the all-Russian heavyweight tournament final. 70-kilogram participants Sher Mamazulunov and Vladislav Ukainets will clash in the finals following their decision victories over Victor Monfort and Ivan Kondratiev, respectively. In the 80-kilogram tournament semifinals, Ljubo Jalovi and Youssef Assouik were successful against their Russian opposition Vladimir Degtyarev and Oleg Likhtorovich.