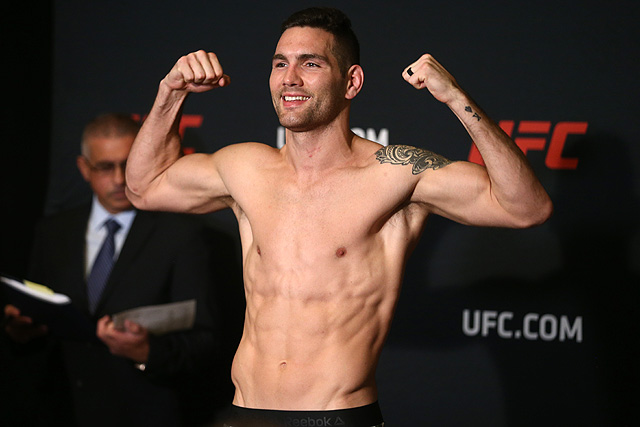 UFC on Fox 25: Weidman vs. Gastelum Weigh-in Video and Results

On Saturday, July 22, the UFC will host UFC on Fox 25: Weidman vs. Gastelum from the Memorial Coliseum in Uniondale, N.Y.

In the night’s main event, former middleweight champion Chris Weidman aims to snap a three-fight skid against The Ultimate Fighter winner Kelvin Gastelum. Long Island’s Weidman has suffered three straight knockout losses, including his UFC 194 defeat to Luke Rockhold which cost him the title. The 25-year-old Gastelum has won three straight bouts, but his most recent stoppage of Vitor Belfort was overturned to a no-contest after a positive test for marijuana.