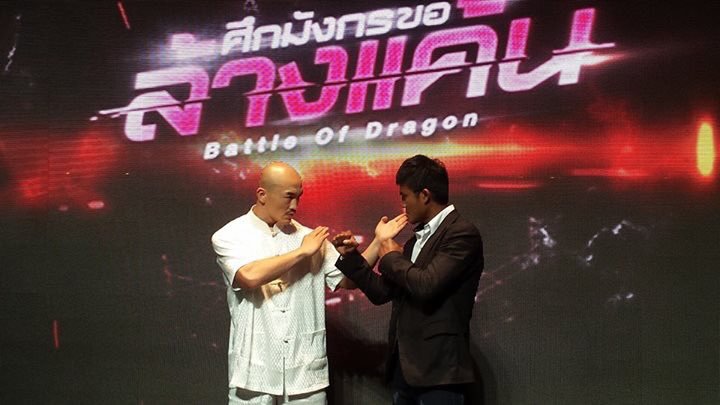 On Saturday, Nov. 5, Wu Lin Feng put on a rematch between two of China’s most popular kickboxers at Wu Lin Feng: The Fight of the Century 2.

In the main event of the evening, current Kunlun Fight Muay Thai champion and former two-time K-1 MAX champion Buakaw Banchamek fought China’s most popular fighter, Yi Long, the Shaolin Kung Fu Monk. Buakaw came out on top when the two previously met for the Wu Lin Feng 70-kilogram championship at a WLF event in June 2015. Buakaw had won 10 of his past 11 fights with his most recent win against France’s top lightweight Dylan Salvador at Kunlun Fight 53 in September.

In the rest of the evening’s action, Enfusion and ISKA champion Ilias Ennahachi met 19-year-old Chinese prospect Jin Ying. Ennahachi, 20, had won 22 of his 23 career bouts. The owner of the potential 2016 ‘Knockout of the Year’ at Lion Fight 29, Regian Eersel hoped to build on his monumental upset of two-division Lion Fight champion Jo Nattawut on short notice when he took on Kunlun Fight veteran Bo Fufan. ONE Championship veteran Vuyisile Colossa returned to China against the 2016 Kunlun Fight 75-kilogram tournament champion Zheng Zhaoyu.

The event aired live at 9:15 a.m. ET on YY.com. Click above for video of the night’s main event.